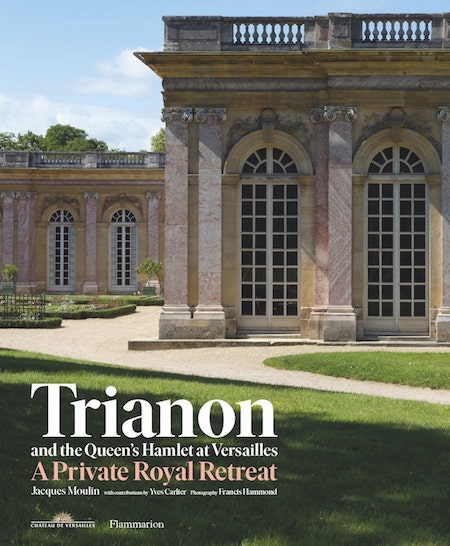 Created by Louis Le Vau for Louis XIV, Trianon was an oasis for the French royal family on the fringes of political life, far from the rituals of the monarchy. It was here that Louis XV gave free rein to his passion for botany and created a small, refined country castle, held up as a shining example of French artistic excellence.

Marie-Antoinette developed the gardens, and Napoleon and Louis-Philippe found a peaceful refuge here. A few minutes from Versailles but far from the constraints of the court, the Trianon estate became an ideal of beauty and peace, boasting some of the most precious gardens in France.

Jacques Moulin recounts the development of the Trianon and its importance in the political and cultural context of the time, while Yves Carlier evokes the rich collections of furniture. Anecdotes and stories abound, complemented by sumptuous, previously unseen photographs by Francis Hammond.

Want to read it for yourself?

‘Trianon and The Queen’s Hamlet at Versailles’ by Jacques Moulin, published Flammarion