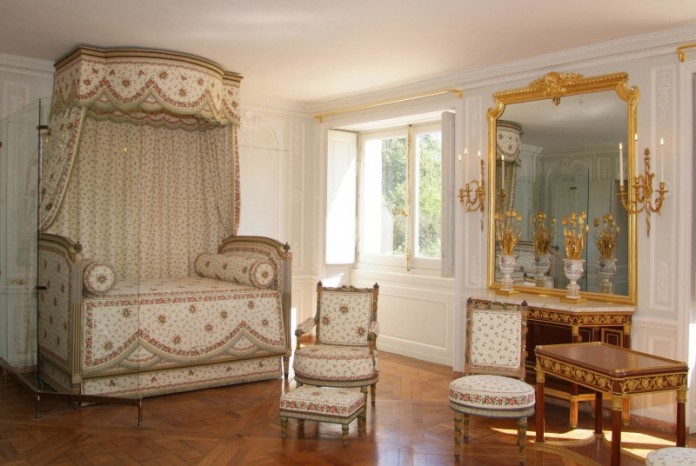 As part of the ongoing project to restore the domain of Marie Antoinette at Versailles, the Petit Trianon has just received a yearlong, top-to-bottom refurbishing. Built by Louis XV for Madame de Pompadour, who died before its completion in 1763, the Petit Trianon was given to Marie Antoinette by Louis XVI when she expressed a desire for a house in the country. Now her petit château shines again after the most important project at Versailles since the restoration of the Hall of Mirrors. Financed by Breguet, the watch company that was once a supplier to the Queen, the restoration involved cleaning all the woodwork; refurnishing several rooms, including the library and billiard room; re-creating wall hangings and fabrics based on archival examples; and restoring the wrought iron escalier d’honneur. The result: the rooms, all now open to the public for the first time, display their original decor, a triumph of French 18th-century decorative arts. www.chateauversailles.fr.

Originally published in the October 2008 issue of France Today.