Bayonne is a beguiling blend of Gascon and Basque. Gillian Thornton soaks up the town’s unique atmosphere

Bayonne has always been my kind of town – anywhere with a history of delicious cured ham and handmade chocolate instantly puts me in a good mood. But this unique town in the south-west corner of Nouvelle-Aquitaine is a winner in so many other ways, proudly wearing its label of Ville d’Art et d’Histoire. Part Gascon, part Basque, Bayonne stands at the confluence of the Nive and Adour rivers, a short way inland from the sand and surf of the Atlantic coast in the département of Pyrénées-Atlantique. Part of the ancient Gascony region, Bayonne is also regarded as the capital of French Basque Country, an unofficial land with no official borders that straddles the Pyrenees with three Basque provinces in France and four larger ones in Spain.

Bayonne has a distinctive Gascon air, with its Gothic-style cathedral and medieval streets, but you instantly notice an extra dimension: the dual language signs in French and Euskara, ancient language of the Basque provinces; the red and white flags and bunting that personify all things Basque; and the prominence of the Basque country’s favourite sport, pelota. Administratively, Bayonne is linked to the stylish coastal resort of Biarritz and the laid-back beach lifestyle of residential Anglet, the three adjoining towns known simply as B-A-B. But Bayonne has a longer and more diverse history, developing around three historic districts on the river banks. The areas of Grand Bayonne and Petit Bayonne lie on the south bank of the Adour, separated from each other by the Nive river, whilst Saint-Esprit – the town’s original Jewish quarter and still home to the synagogue – lies across the Adour around the Citadel. 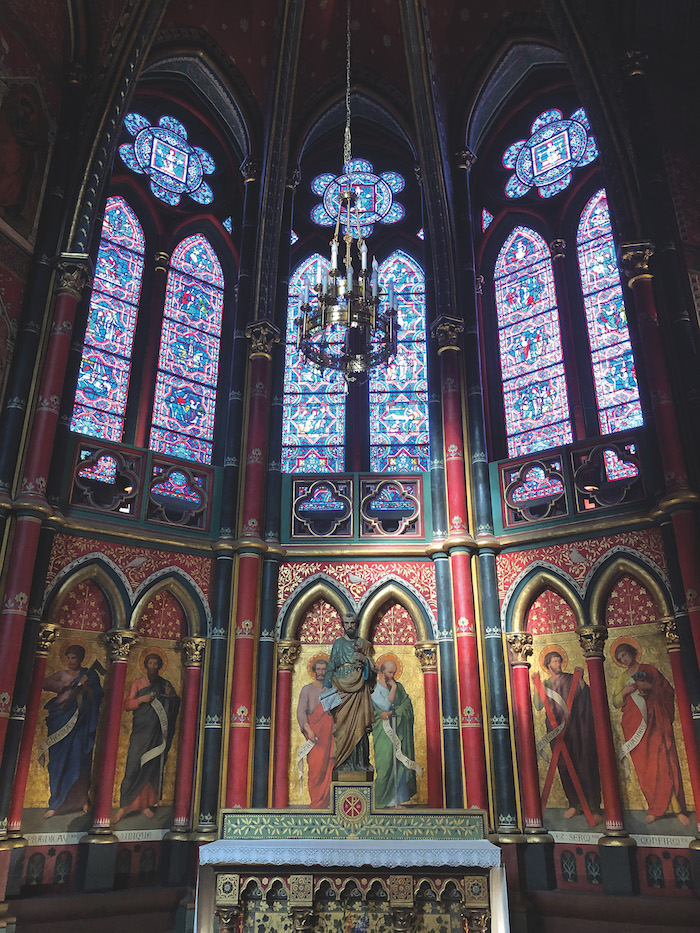 Basque in the History

To find out what it means to be both French and Basque, I’d recommend stopping first at the Musée Basque in Petit Bayonne, housed in an imposing 17th-century property beside the Nive that was built to house the family accommodation and warehouse premises of a wealthy local businessman. Founded in 1924 and recently revamped, this fascinating museum will answer all your questions on Basque life, culture and traditions, and much more, putting the rest of the town – and those three provinces – into context.

Discover the Basque language and territory in the ground floor rooms, as well as local history from ancient times to the Roman occupation. Discover the integration between rural traditions in French Basque Country and the surrounding Gascon lands, and explore specific themes through temporary exhibitions.

The upper floors deal with Basque music, games and traditions, and it’s impossible not to be caught up in the vibrant painting by Perico Ribera of villagers dancing the fandango. The image proved so popular that Ribera painted several versions of the main couple in different settings. You can also get to grips with the Basque sport of pelota, which can be played either against an outdoor wall or fronton, or in an indoor squash-style court called a trinquet. When you leave the museum, you can see for yourself by following the signs to the Trinquet Saint-André, converted from a royal tennis court to a pelota court in the 19th century. 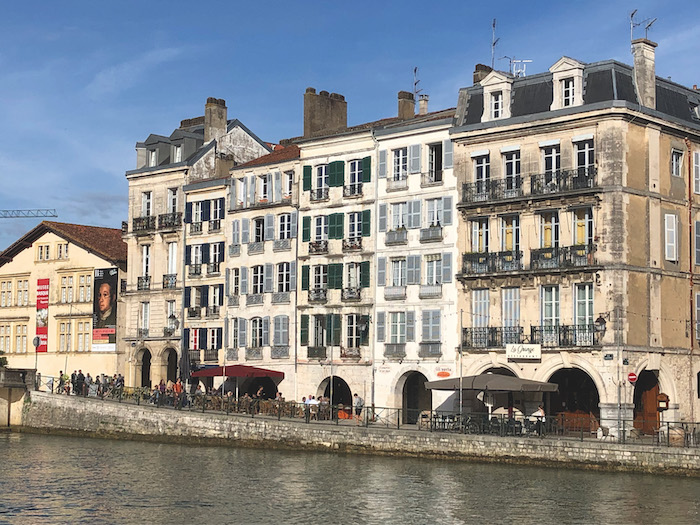 People have lived in this area since the 1st century AD and, in the 4th century, a Roman camp was established on the natural promontory between the Nive and Adour rivers. But it was in the early 13th century that trade really took off and the town developed. The city prospered as part of the Aquitaine territories that were acquired by the English crown on the marriage of Henry II and Eleanor of Aquitaine, but in 1451 at the end of the Hundred Years War, Bayonne swore allegiance to France.

South of the river had always been Basque country, but Saint-Esprit on the north bank was still part of Gascony and it was here that chocolate-making techniques first entered France via Jewish immigrants escaping the Spanish Inquisition. Jews were first welcomed to Saint-Esprit in the 16th century by Jeanne d’Albret, Queen of Navarre and Duchess of Vendôme through her marriage to Antoine de Bourbon. A passionate religious reformer, she was an active supporter of the French Huguenot movement and mother to Henri IV of France.

Soon the fashion for drinking chocolate had spread far beyond the town’s well-to-do to Paris, and Bayonne’s reputation for chocolate put the town on the foodie map. By the mid-19th century, the town boasted more than 30 chocolate makers and today it is still home to several specialist shops, each with their own scrumptious speciality. Wander the historic streets for sweet temptations ranging from delicious single chocolates to lavish gift boxes, and expand your chocolate horizons with a myriad of innovative flavours. Then relax over a cup of frothy chocolat mousseux at Cazenave beneath the arcades of Rue Pont Neuf in Grand Bayonne. Chocolate tours and tastings are just one of many options offered by the Tourist Office with expert local guides who can reveal all kinds of hidden gems behind closed doors and in secret courtyards.

Discover the restoration story behind the painted scenes in the Cathedral. Or perhaps explore the Art Deco architecture and street art of Saint-Esprit. The district remained Gascon until 1584 when Bayonne purchased the rights to the territory to ensure supremacy of both sides of the Adour.

Back across the water in Petit Bayonne, a short walk from the Museé Basque, I picked up some savoury souvenirs from Pierre Ibaïlde, one of the town’s most renowned producers of celebrated Bayonne ham. His shop in Rue des Cordeliers is hung with legs of ham, and foodies can also join a guided visit to learn more about the processes behind this iconic local delicacy.

Bayonne ham is to French gastronomy what Parma ham is to Italian charcuterie: emblematic of both a city and a cuisine. Made from free-range pigs raised in the foothills of the Pyrenees, this full-flavour ham is treated with crushed pimentos from nearby Espelette – France’s only AOP spice – and salt from deep below Salies-de-Béarn in the east of the département. IGP status decrees that the ham must come from specified breeds and be allowed to mature for a minimum of seven months. Other names to look out for in Bayonne are Pierre Oteiza, who raises pigs at Les Aldudes in the foothills of the Pyrenees, and Charcuterie Aubard, with its free Musée de Jambon adjacent to the shop, which is well worth exploring.

You’ll find charcuterie producers and a whole range of other local delicacies at the atmospheric Saturday morning market which spills out of Les Halles beside the Nive and onto the streets and bridges. Shoppers stop to chat with laden baskets, and quayside cafés are buzzing on what is both an important retail and social occasion.

Dominating the market stalls are the twin spires of Bayonne Cathedral, classified as a World Heritage Site by UNESCO as part of the routes to Saint Jacques de Compostelle. Begun in the 12th century, it only acquired its crowning glory in the 19th, thanks to a follower of restoration enthusiast Viollet-le-Duc, who clearly felt it was lacking something and commissioned the spires. Don’t miss the glorious chapel painted with angels playing musical instruments or the blissfully tranquil cloister.

Walk round Bayonne with your eyes open and you’ll find all kinds of surprises, large and small. Sections of Roman wall and Vauban ramparts; a Botanic Garden in the Japanese style; and an arena for bull games, concerts and a variety of shows. There are riverside walks and shady parks; a grand municipal theatre; and even a rugby museum dedicated to the favourite sport of the French south-west.

Wherever you wander, you can feel centuries of French history around you, but not just French. Come to Bayonne and you can’t help but experience a unique dual identity – not to mention some of the best sweet and savoury flavours north of the Pyrenees!

Fly to Biarritz and catch a bus or taxi (9km); take Brittany Ferries from Portsmouth to Santander and drive (248km); or take the train to Bayonne SNCF station.

Gillian stayed at the Mercure Le Grand Hôtel in rue Thiers in the heart of Grand Bayonne and enjoyed dinner at the Hôtel des Basses Pyrénées, set in the ramparts on Rue Tour de Sault. New for spring 2021, the 4* Villa Koegui Bayonne close to the Musée Basque offers 43 rooms with contemporary décor and a distinctive local flavour.

Pick up a free highlights guide from the Tourist Office in Place des Basques and visit the Bayonne Tourism website.