In Stéphane Brizé’s new political drama, At War, art house veteran Vincent Lindon plays hard-bitten factory worker Laurent Amédéo, a man on an ill-fated mission to save a car supply plant from imminent closure. Backed into a corner and at a stalemate with his apathetic bosses, Laurent and his fellow union representatives are left with no choice but to launch a 23-day strike. As the battle lines are drawn, staff scramble to unite while corporate goons collude to bring an increasingly desperate and dejected workforce to heel. Here, Lindon opens up about his career, how he approached Brizé’s film and shares his rage at the sheer injustice and power imbalance faced by the characters…

Marion Sauvebois: At War is harrowing, featuring violent, drawn-out scenes of clashes with riot police on the picket line. Was it a tough film to shoot?

Vincent Lindon: Yes, it was intense. We filmed in 23 days. It was very fast. It was filmed with a certain urgency, which reflects the urgency of the events the characters are experiencing. Stéphane Brizé tells the story of people on the picket line who have a limited amount of time to turn the tide and save their jobs. And he decided to put his actors in the same state of haste and energy.

Your character, Laurent Amédéo, is repeatedly patronised and humiliated by cowardly managers and his desperation and anger are palpable throughout. Did his fight, his rage, become your own as filming went on?

Yes, there’s probably something of me in him. But I can’t control what comes from me, what doesn’t. What he’s going through is intolerable. When you’re immersed in a role for three or four months, you become the character; and these things he’s experiencing feel untenable, dreadful, insurmountable. No one does anything. The powers that be hold all the cards and divide the weakest to conquer. I tried to harness this anger and injustice and let it out, let out this human side we all have inside of us to inhabit this character. I think a lot of people in my place would have been upset by what’s happening to these people.

In a particularly distressing scene, Laurent and his brothers in arms form a peaceful human chain outside the factory but the riot police intervene and violence ensues. Caught up in the melee, Laurent kicks them back, at one point actually headbutting their reinforced shields away. It all feels very real…

It was a real fight. Yes, it was acting but at some point you get caught up in everything. The riot police crossed a line, so did we and that’s what makes this film so real and so true. We all let go – we tried to go further than the script.

How did you prepare for the film? Did you visit factories, meet with union reps?

Not at all. I spoke at length with the director. I don’t like to meet ‘real’ people so I try to reinvent, to get as close as possible to the idea I have of what they are going through.

The film is very French in its uncompromising approach, and completely devoid of sentimentality – apart from the odd scene, we’re not privy to factory workers’ personal lives. Yet At War has struck a cord with audiences worldwide and has been shortlisted by various US film festivals. Were you surprised?

I don’t ask myself all these questions. Nothing ever goes according to plan in life. I read a story and decide whether I want to be this person or not. A movie’s potential reach is completely alien to me. It’s not irrelevant, but it’s alien to me because it’s out of my control. Sometimes you make a small film and think it’s going to be seen by 30,000 people in France and it reaches a European, and sometimes worldwide, audience. Everyone is talking about it and it gets awards. And sometimes you think you’re making a film people will be interested in and in the end few people are.

That’s why I do this job – it’s unpredictable. I dream of nothing in this industry. I wait and see how things pan out. Often people ask me, “Who do you dream of working with?”. I tell them, “No one”. I don’t want to waste my time dreaming about things that will never happen. It’s only when it’s happened that I can say retroactively, “I’m glad because it was my dream”. But yes, the topic of the film is, unfortunately, universal.

How do you choose your films? Is all about the role, the script or the director?

It’s the scenario, the film as a whole. The story it tells, how it’s written. Then I move on to the character and then I pray that the director is someone I’m interested in. Then it’s wonderful because you get your cake and get to eat it too. But it’s first and foremost the story, the story and the story.

Here as in Stéphane Brizé’s previous film, La loi du marché, you’re the only professional actor in the entire cast. Was working with non-professionals again a challenge?

Gritty, political films are your bread and butter – aren’t you interested in comedy?

I’ve just finished a big comedy, actually. I felt the need to do something lighter. The characters I inhabit are heavy. You don’t do Welcome, La loi du marché and At War back to back and come out unscathed. It leaves a mark. I needed, artistically and personally, to do something more light-hearted and less intense. It’s a comedy called Mon Cousin and the catchline is “Alas, we all have one”. I star alongside François Damiens and we play cousins. I don’t make the distinction between a comedy, a thriller, a political film. It’s about the scenario. If I get three good comedy scenarios that I like, I’ll do all three. It’s about the story, the story, the story.

If you hadn’t been an actor, what would you have done?

If I could start again, I would probably do something else, that’s for sure. I have no regrets, no remorse – I’m very happy to be an actor. But I would do something else because I’m passionate about things like medicine. Being a great doctor would have been fulfilling and galvanising. There are fascinating things to do on this earth and saving people, healing them would have probably fulfilled me more than entertaining them.

At War is out in selected theatres in the US. For more details and showtimes, go to www.atwarmovie.com or check @AtWarMovie on Instagram, Twitter and Facebook. 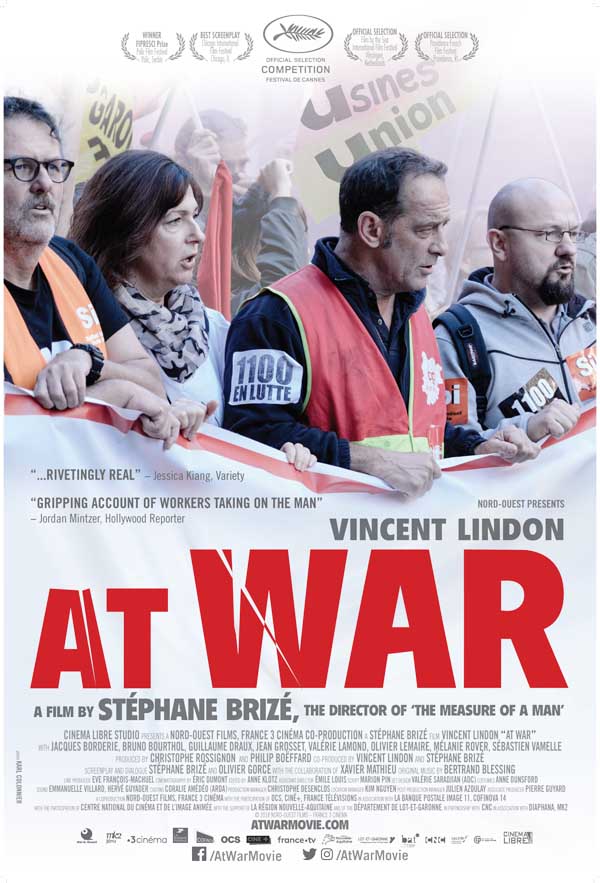 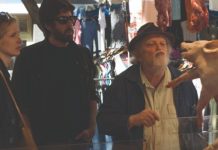