Hungry for just the right words, French writers have always been inspired by the pleasures of the palate. Here Lanie Goodman serves up some of the tastiest examples from the country’s literary larder

“Tell me what you eat and I will tell you what you are,” famously wrote 18th-century French gastronome Jean Anthelme Brillat-Savarin. 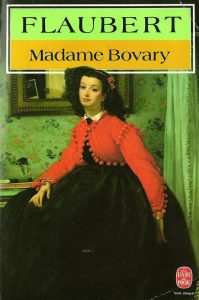 Nothing could be closer to the truth when it comes to a writer with a voracious appetite for words. And chances are that savouring language extends to another epicurean pastime – indulging in the pleasures of the palate.

On the most obvious level, a writer’s relationship with food and drink is bound to have something in common with his or her literary output, beginning with the creative process itself. 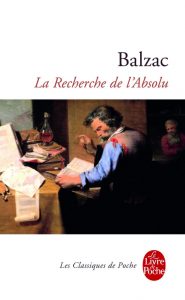 “Coffee is a great power in my life,” confessed French novelist and playwright Honoré de Balzac – who wrote 91 works in the space of just 16 years – in 1830. “I have observed its effects on an epic scale.” And epic it was. He was known to drink as many as 50 cups of coffee a day (and sometimes indulge in a fire-me-up spoonful of pure coffee grounds on an empty stomach) to maintain his rigid writing schedule. This might go on for 15 hours at a stretch, often through the night. “Ideas quick-march into motion,” he wrote, “like battalions of a grand army to its legendary fighting ground.”

A book, like a recipe, requires artful combination, careful measure, the very best ingredients and a dose of inspiration. Like the painstaking preparation of a complicated gourmet meal, the writer fishes for le mot juste in the great sea of linguistic possibilities, then puts them all together, sifting, shaving, slicing, pounding and kneading words for the reader to devour.

But perhaps even more fascinating is how detailed descriptions of food or meals in literature provide a social observation of an era. Take, for example, the novels of Gustave Flaubert, in which – unlike Balzac’s endless Naturalist details of dreary interiors, countryside and cities – you’ll find a terrific amount of eating going on. In Madame Bovary, Flaubert whips up a spectacular wedding cake for the marriage celebration of Charles and Emma. It’s so exotic that it provokes cries of astonishment from the boorish, rustic guests. It has three tiers set on a “square of blue cardboard”, with a temple surrounded by columns, stucco statuettes and gold paper stars.

“On the second stage was a castle of Savoy cake, surrounded by many fortifications in candied angelica, almonds, raisins, and quarters of oranges; and finally, on the upper platform, a green field with rocks set in lakes of jam, nutshell boats and a small Cupid balancing himself in a chocolate swing whose two uprights ended in real rosebuds at the top.”

This confectionery extravaganza gives us some warning about the true nature of Emma Bovary before she becomes an adulteress. The cake becomes a symbol of her overblown desires for sentimentality and taste for luxury, completely out of place in this provincial village where she will soon feel trapped. 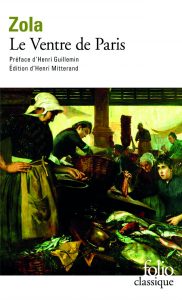 With the same realistic precision, Émile Zola – whose novel The Belly of Paris (Le Ventre de Paris), is set around the sprawling 19th-century food market Les Halles – paints a sensuous still-life portrait of the heaps of vegetables on the stalls: “…the luxuriant fullness of the bundles of artichokes, the delicate green of the lettuces, the rosy coral of the carrots, the dull ivory of the turnips”.

Unsurprisingly, in his private life, Zola was also known as something of a gourmet. In the diary of Edmond de Goncourt, Zola confesses to his literary cohort that an excellent meal fills him with joy. “It’s my only vice; and at home, when there’s nothing good to eat for dinner, I’m unhappy – really unhappy. That’s all there is; nothing else exists for me…”

De Goncourt also chronicles a series of refined dinners held at Zola’s home, where guests could expect a copious menu of delicacies such as green wheat soup, reindeer tongue from Lapland, kangaroo, or truffled turkey.

Yet, interestingly enough, Zola’s favourite foods were simple, typically southern dishes from his childhood in Aix-en-Provence – bouillabaisse, shellfish, and particularly olive oil, which he consumed in enormous quantities, ordering 40-kilo barrels to maintain his supply in Paris. It’s no wonder that Zola’s protagonist, Lantier, in the epic novel L’Assommoir, delights in omelettes fried in oil and vermicelli soup, also swimming in the stuff. Apparently, Zola also had a sweet tooth, and would finish an entire tray of pastries with his four o’clock tea.

Perhaps more than those of other nations, French novels abound with culinary references that have been absorbed into our culture. The term “a gargantuan meal” is proof of the pudding – centuries later, Rabelais’s ravenous, gigantic king has managed to barge his way into our everyday lexicon for food. 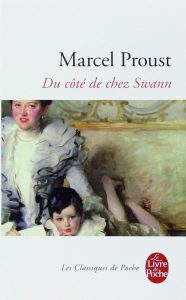 Another classic example is Marcel Proust’s celebrated passage in Remembrance of Things Past, where the narrator evokes a pivotal moment from his childhood. Returning home on a cold winter afternoon, the young Marcel dips a madeleine in his tea: “No sooner had the warm liquid, and the crumbs with it, touched my palate than a shudder ran through my whole body and I stopped, intent upon the extraordinary changes that were taking place in me. An exquisite pleasure had invaded my senses.” Over a century later, dunking those plump little shell-shaped buttery cakes into tea still provokes a certain frisson for literary- minded souls (including myself), as messy as it is.

“Memory is the flavour (parfum) of the soul,” declared 19th-century novelist George Sand, whose passion for cooking at her country château, Nohant, is as legendary as her novels.

DISH OF THE DAY

“George Sand assembled over 800 pages of notebooks of family recipes that were passed down from generation to generation,” says Muriel Lacroix, journalist and author of Les Carnets de Cuisine de George Sand (Editions Chêne). Lacroix tells me that she decided to publish 300 slightly revamped modern versions of typical dishes served by the “Lioness of Berry” as Sand was called.

Ever-curious about exotic flavours and unusual combinations, Sand cooked up a storm, using a professional oven and an array of copper pots. “Everyone – the painters, writers and artists who visited – always brought her something new to eat: Alexandre Dumas brought her a pineapple, Ivan Turgenev came with caviar,” says Lacroix. Sand also entertained the likes of Balzac, Flaubert, Liszt and Delacroix – and, of course, her lover Chopin.

“While she was cooking in the kitchen, Chopin would compose melodies in the room next door. Apparently, he was not a big eater, but quite an amusing dinner conversationalist.”

Nohant was completely self-sufficient. The château had everything from game, fish and poultry to vegetable gardens and fruit orchards available.

“George spent days at the kitchen table, cutting and pitting fruit,” Lacroix recounts. “Making jam is as serious as writing a book,” quipped Sand once.

In a second recipe book, Muriel Lacroix explores the earthly pleasures of another notable gourmande: the writer Colette. “She was passionate about cooking – even as a young girl. She was always putting things in her mouth and chewing them – the flowers in their garden, or even paper, just to see how it tasted,” says Lacroix. 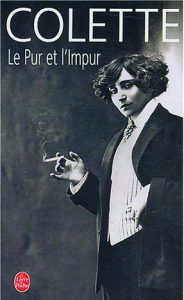 From 1926 to 1938, when the middle-aged Colette divided her time between Paris and her fisherman’s cottage in Saint-Tropez, La Treille Muscate, she also took to munching on raw garlic, claiming it was miraculous for one’s health. The south of France was a rejuvenation, Colette declared, as shown in her 1928 novel Break of Day, which celebrates the joys of the simple life in Provence. Having discovered the marvels of sun-drenched produce and the local fish market, Colette abandoned hearty dishes like pot-au-feu for flavourful Provençal classics: stuffed vegetables (petits farcis), purple artichokes in white wine, a garlicky fish soup bourride à l’aïoli and fig tarts made with fruit plucked from her garden.

Over in the northern corner of Provence, writer Jean Giono extolled the virtues of southern French cuisine for a different reason: “Cooking helps you to get to know the landscape and the landscape helps to make you understand the cooking,” he wrote. (For a taste of Giono’s prose, Hill and Melville, published by New York Review Book Classics, have been newly translated.)

Sylvie Durbet-Giono, the writer’s daughter, has evocative anecdotes about growing up in the village of Manosque and her long hours spent at the table. In her superb book, La Provence Gourmande de Jean Giono (Editions Belin, 2013), Durbet-Giono focuses on the rural family-style recipes of each season, from black truffles to pistou soup.

“At our home, the meals were always an ‘open table’, with room for visitors if they happened to be there,” Durbet-Giono says. “It was always a fête, even if what we were eating wasn’t anything special. My father regaled us all with stories during the entire meal. They made up for the simple dishes we prepared.

“That was lunch. In the evening, it was different, since it was just the family. We would clear the table and my father would read aloud the pages he had written that morning. He always wanted to know how it sounded – and we listened. 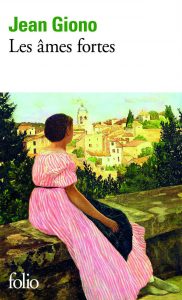 “He loved good food – and lots of it – but nothing too complicated,” Durbet-Giono adds with a laugh, citing dishes like stuffed cabbage, bouillabaisse, la daube (beef stew), or pieds et paquets (sheep’s feet and stuffed tripe). “My father was a gourmand, not a gastronome!”

Alice B Toklas, American expatriate and cookbook writer, once summed up the quintessentially French approach to food in a nutshell: “…they bring to their consideration of the table the same appreciation, respect, intelligence and lively interest that they have for the other arts – for painting, for literature and for theatre”.

Chances are that Rabelais, Balzac, Flaubert, Zola, Sand, Proust, Colette, Giono – and countless other writers – would have heartily agreed.