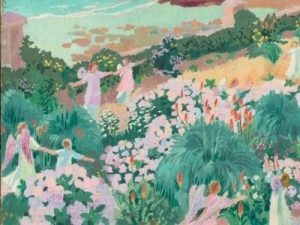 Known for its beautiful coastline and the American Film Festival, the chic resort of Deauville now welcomes Les Franciscaines, an innovative cultural centre featuring a museum, media centre and auditorium. Housed in former buildings used by Franciscan nuns since 1876, the museum’s inaugural exhibition ‘On the Roads to Paradise’, offers a reflection on the theme of religion with important works on loan from the Louvre and the Musée d’Orsay.