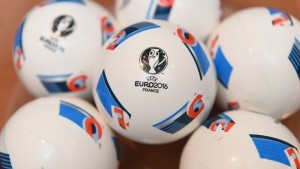 The 15th edition of the UEFA European Championship, or EURO 2016, is the main international men’s football championship of Europe organized every four years by UEFA.

This is the third time that France hosts the event, during which matches will be played in ten cities: Bordeaux, Lens, Lille, Lyon, Marseille, Nice, Paris, Saint-Denis, Saint-Étienne, and Toulouse.