Home Week in Review The French-American Foundation Weekly Brief, May 13, 2011 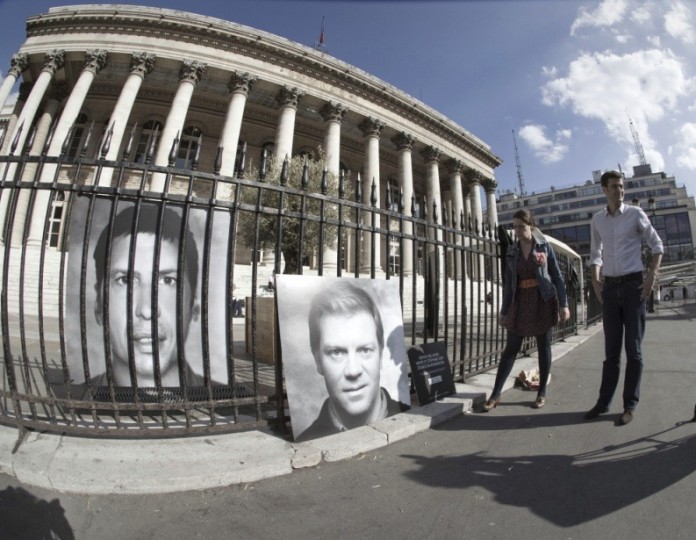 Seven men were arrested in the Paris area on May 9 and 10 as part of a police investigation into Islamist recruitment, the Tribune de Genève reported. The men were suspected of having taken part in, or planning to take part in, jihadist training in Pakistan and Afghanistan, according to the Boston Globe. The Economic Times reported that the main target of the investigation and subsequent arrests was an Indian man who had ties with Pakistan. France and other European nations remained on high alert of terrorist threat following the death of al-Qaida leader Osama bin Laden. Interior Minister Claude Guéant confirmed on Tuesday, May 10, that the men arrested intended to undergo jihad training in Pakistan but had no particular plans for an attack, according to le Figaro. The event came as an insurgent carrying a French passport was killed in Afghanistan early this week, as covered by AFP.

A study released by TNS-Sofres on Monday, May 9, showed that 67 percent of French people were content with the single currency used across the EuroZone, the Euro, while 30 percent still wished to return to the French franc, France Soir reported. Le Figaro compared the results to a similar study conducted in Germany several months ago, finding that about half the population there wished to return to the Deutsche Mark, demonstrating a continued skepticism toward the combined currency adopted in 2002. The poll also revealed that the French were less Euro-skeptic than political discourse would lead one to believe, as only 13 percent of French people expressed a desire to abandon the European Union. However, the poll also showed 82 percent of French people believe that the adoption of the Euro was responsible for an increase in the cost of living, according to Boursier.

Minister of European Affairs Laurent Wauquiez sparked controversy on Sunday, May 8, when he made remarks on France’s social security benefits, the “revenue de solidarité active” (RSA). Wauquiez called the benefits the “cancer of French society,” providing little initiative for French benefit recipients to seek employment, as explored by le Monde and les Echos. Despite drawing heavy criticism from a number of fellow politicians, Wauquiez said he plans to propose a new law within a week that would reduce benefits and require recipients to do at least five hours of “volunteer work” each week, as covered by la Croix, the Connexion and le Figaro.

Investigative website Mediapart published transcripts this week of a November 8 meeting between Laurent Blanc, coach of France’s national soccer team, and National Technical Director François Blaquart in which the two propose an unspoken ethnic quota limiting the number of players of African and North African origin entering France’s training clubs, Sports Illustrated and l’Express reported. The revelation of the proposal sparked a polemic in France.

The Organization “Touche pas à la Constitution” reported that in the month since the French law banning women from wearing an integral veil took effect on April 11, about half the women in France who had previously worn niqabs and burkas have removed their coverings to appear in public. It also reported that the law has also driven a portion of the affected population to seclude themselves in their homes, as explored by Le Parisien.

Friday, May 13, marks the 500th day since two French journalists, Hervé Ghesquière and Stéphane Taponier, were taken hostage in Afghanistan. To show solidarity with the hostages, who were taken with three accompaniers while filming a television show for France 3, various talks and symbolic gestures are planned for the commemoration, according to le Nouvel Observateur and le Monde.