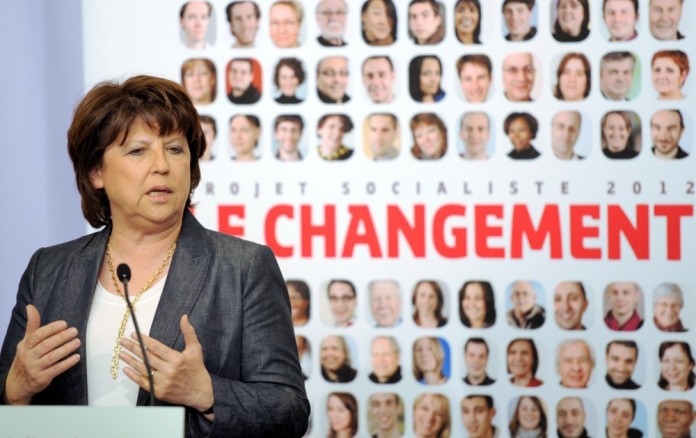 France’s Socialist Party released its project for the 2012 presidential elections, “Le Changement” on Tuesday, April 5, Reuters reported. The 30 proposals included in the project outline the fiscal, social, and judicial policies on which the party intends to define its presidential campaign, whoever the candidate might be. France’s Union for a Popular Movement (UMP) began meeting on Monday, April 4, to address 26 issues in preparation for the 2012 elections, most notably holding its much anticipated and protested debate on secularism in France, as explored by Libération. This debate, held on Tuesday, April 5, was met with protests from French religious figures, including some Muslims who believe the debate stems from a fear of the growing Muslim presence in France, as covered by AFP, le JDD, and le Figaro. UMP leaders later announced that the party will hold at least two more conferences to discuss issues for the upcoming elections, in particular France’s 35-hour work week and the competitiveness of French companies, according to Le Figaro.

In the fourth search for the wreckage of Air France Flight 447, which crashed in the Atlantic in June 2009 en route from Rio de Janeiro to Paris, robots found partial remnants of the plane and some of the 228 who perished off the coast of Brazil, at a depth of about 2.5 miles, French officials announced on Sunday, April 3, the Economist and NPR reported. Among the parts found were large portions of the fuselage and engines. However, the plane’s “black boxes,” remain missing, as explored by Popular Mechanics. French Minister for Ecology, Sustainable Development, Transport and Housing Nathalie Kosciusko-Morizet announced on Monday, April 4, that the remaining bodies would be brought to surface and identified, though a group of families soon protested, expressing a desire for their deceased relatives to remain on the ocean floor, according to CNN.

The New York Times explored France’s heightened military presence across the globe, as the nation finds itself involved in three armed conflicts around the world this week. On Tuesday, April 5, French troops attacked the presidential palace in its past colony of Côte d’Ivoire, where international pressure to rid the nation of Laurent Gbagbo, who refused to step down following the election of Alassane Ouattara in November, escalated this week. French troops were also involved in the NATO-led military intervention in Libya and were alongside US troops in the war on the Taliban in Afghanistan. France’s heightened military activity, all in the name of the United Nations, has been seen as a shift in France’s views on military action in supporting humanitarian efforts, though experts also have speculated that boosting the nation’s international presence has been part of a strategy by President Nicolas Sarkozy in preparation for the 2012 presidential elections, according to the Seattle Times.

Web giants Google and Facebook are among more than 20 firms to take the French government to court this week over a new data-retention law that requires Web services to maintain user data for a year and to submit information to police and government services upon request, BBC and Financial Post reported. The case, brought by France’s Association of Internet Community Services, claims that the laws infringe on the privacy of users, create security concerns, and create problems due to inconsistencies between the policies of various European nations.

France’s Minister Nathalie Kosciusko-Morizet listed on Wednesday, April 6, several vehicles that would be banned from eight of France’s cities, including Paris, as part of a proposed law to improve the air quality in France’s metropolitan areas, La Croix reported. The new proposed law would restrict access of 10 million vehicles to entire cities or city sections to reduce pollution, according to L’Express and Boursier.