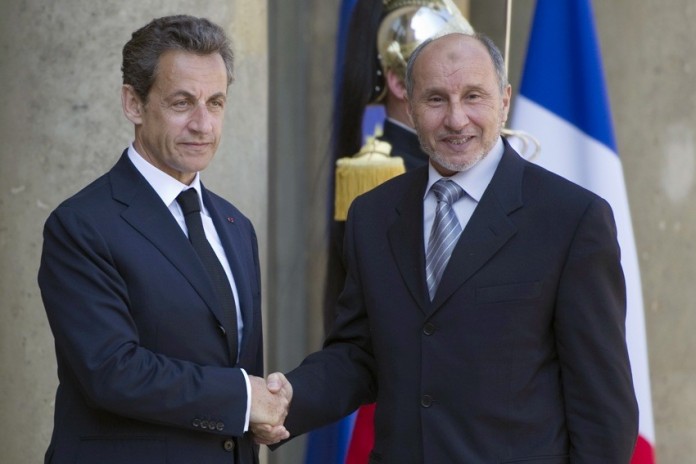 A day after the United Kingdom announced its intention to send military officers to Libya to advise leaders of the rebellion against leader Muammar al-Gaddafi, France joined Italy in committing to send its own military experts across the Mediterranean.  European nations look to break a deadlock and to stem the continued violence in the North African nation, BBC reported. Ensuring no intention of sending troops onto Libyan soil, President Nicolas Sarkozy said on Wednesday, April 20, that France would send a “small number” of military advisers to Libya after meeting with Mustafa Abdul-Jalil, the leader of Libya’s National Transitional Council, in Paris, according to le Parisien. In his speech on Wednesday, Sarkozy also vowed that France would carry out more air raids in the effort to remove Gaddafi from power, according to l’Humanité. The Christian Science Monitor explored the move by the three European nations in relation to UN Resolution 1973, passed March 17 to allow the international community to employ any means necessary short of a military occupation to protect Libyan civilians. While not sending troops, the deployment of “military advisers” in Libya tests the limits of a “military occupation,” prohibited by the resolution. Officials in US President Barack Obama’s administration announced on Wednesday, April 20, an intention to send $25 million in non-lethal assistance to the rebel movement, according to MSNBC.

French Foreign Minister Alain Juppé announced on Wednesday, April 20, that France would offer €350 million in aid to Tunisia in 2011 and 2012, a step toward rebuilding relations with its  trans-Mediterranean neighbor following the departure of past leader Zine el Abidine Ben Ali on January 14, AFP reported. The “emergency social aid” package will contribute to programs and training on governance as Tunisia slowly emerges as a post-authoritarian society, according to le Figaro. Juppé also extended an invitation to Tunisia to attend the G8 summit scheduled for late May in Deauville, France. The Nouvel Observateur explored the Franco-Tunisian relations.

Both businesses and unions protested a proposal by President Nicolas Sarkozy this week that would require businesses with more than 50 employees to grant a bonus of “at least €1,000” to employees if the company raises dividends from the prior year, the Wall Street Journal reported. Labor Minister Xavier Bertrand explained that the proposed law would affect 8 million French workers who work for private companies with more than 50 employees, according to Les Echos. La Libération explained who would really be affected by the bonus program proposed by the Sarkozy administration.

The EU Terrorism Situation and Trend Report, an annual report released by Europol, showed that France had the most terrorism-related arrests in 2010 with 219, followed by Spain at 118 and Germany at 25, UPI reported. The study showed that the number of terrorist attacks in the European Union decreased by 21.2 percent from 2009 to 2010, according to Le Monde. Europol reported that in the eight nations concerned, 611 people were arrested on terrorism-related charges, with 179 being tied to “Islamist terrorism.”