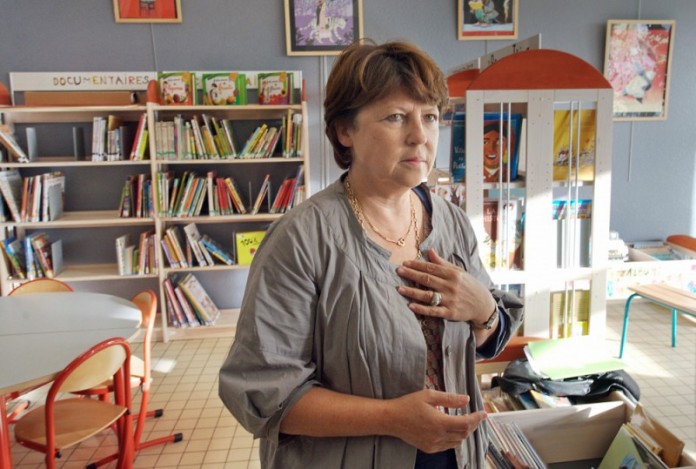 Le Monde outlined Martine Aubry’s five reforms for the Socialist Party, and Le Nouvel Observateur cited Socialist Party member Pierre Moscovici’s assertion that the party elections should be held between June and September 2011, allowing Dominique Strauss-Kahn, managing director of the International Monetary Fund, to participate. A Sofres-Logica survey showed that the head of the IMF is the preferred Socialist Party candidate among young people.

According to the Connexion, the post office and the Paris public transport authority (RATP) are launching a pilot venture in the 18th arrondissement, where its residents may receive their mail at the Simplon metro station, despite earlier protests from the RATP.

Salon.com reported that while international tourism to France decreased this summer by 14.5%, domestic travel increased by 6.3% from last summer.

In an interview with the Connexion, Minister of Urban Policies Fadela Amara discussed growing up among France’s disadvantaged immigrant populations and unapologetically denounced the burqa as a “walking coffin.”

Libération described Senator Kennedy’s funeral, citing President Obama’s eulogy in which he called the late senator “the greatest legislator of our time.” Le Figaro provided a photo archive of the Kennedy family, the most prominent family in American politics for over fifty years.

The Christian Science Monitor reported on a study by the Department of Education showing that online education can be better at raising student achievement than in-person education. The article described their plan to create free courses online for community colleges aimed at students who seek to learn basic job training skills.

The BBC cited a report by General Stanley McChrystal in which he assessed the situation in Afghanistan, which comes after the deadliest month for American soldiers in the history of the war in Afghanistan. The New York Times reported the assassination of Dr. Abdullah Laghmani, deputy director of the National Directorate for Security and ally of President Hamid Karzai, in an attack that wounded 56 others.

The Los Angeles wildfire that killed two firefighters and damaged many homes and which was still ablaze after over a week at the time of this reporting is now being investigated to determine whether it was arson.

The Financial Times reported that following a meeting of the European Union’s 27 finance ministers, the body has reached decisions on employee bonuses and additional measures to prevent a deeper recession. President Sarkozy has spearheaded an “international initiative for the countries of the G20″ intended to increase oversight and responsibility over the banking industry, which he will present at the summit at the end of the month with British Prime Minister Gordon Brown and German Chancellor Angela Merkel.

The Associated Press noted that General Motors has teamed up with the Chinese state-owned car maker FAW in a $2 billion deal to produce trucks and minivans, as demand for GM minivans and other cars has exponentially increased in China over the last year.

EUobserver cited a report published by the European Commission, stating that optimism over the economy has increased within both the EU and the eurozone.

The New York Times stated that the government has earned $4 billion in profits from the eight banks that have fully repaid their bailout money, but the government may face long term losses from the banking giant American International Group among others. Although the U.S. economy is showing some signs of recovery with the fewest jobs cut in the month of August than in the last year, there is still fear of a “jobless recovery.”

Le Figaro outlined the results of the national elections in Japan, with the Democratic Party of Japan, only 12 years old, securing 308 out of 480 seats in the Diet, with women taking 54 seats, more than ever before. The Christian Science Monitor explored the reasons for the political shift from the Liberal Democratic Party and outlined the DJP’s leader Yukio Hatoyama’s campaign promises and the challenges that he will face ince in office. According to Le Nouvel Observateur, the future Prime Minister Hatoyama reassured Obama on the subject of Japanese-American relations in a phone conversation,  stating that “the Japan-U.S. alliance is the foundation” of Japanese foreign policy.

An earthquake with a 7.1 magnitude struck Java Indonesia and killed at least 44 people, injured many others and obliterated buildings in Tasikmalaya, the town closest to the epicenter, according to the New York Times.

Deutsche Welle reported that exit poles for three German states were published on the social networking site Twitter before the polls were officially closed, a crime that is punishable by up to 500,000 euros .Wolfgang Bosbach, deputy leader of the Christian Democrats (CDU)’s parliamentary group declared that this incident “is damaging democracy.”Dominique Moisi, writing in Project Syndicate, asserted the need for a Franco-German leadership of the European Union, as the two countries have similar views on many important issues for the first time in recent years.

A car bomb set outside of the Athens stock market damaged parts of the building, set ablaze eight cars and injured a security officer, according to L’Express. While no responsibility for the blast has been taken, police suspect the militant group Revolutionary Struggle, which also fired a rocket into the U.S. embassy in Athens two years go.

The views expressed in the preceding press coverage are solely those of the authors and do not reflect the views of the French-American Foundation nor its directors, officers, employees or representatives.