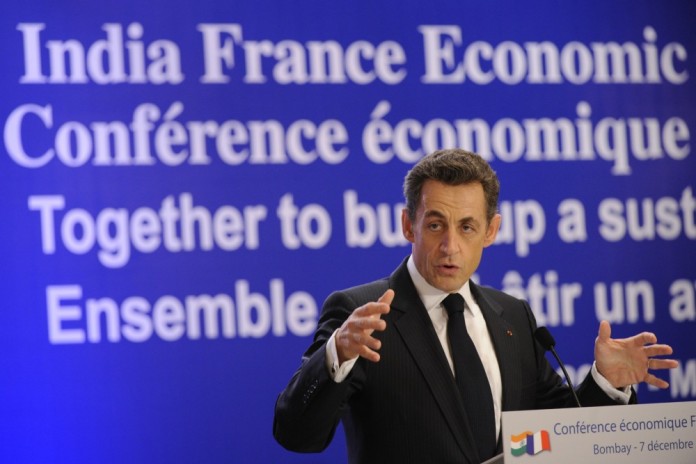 Finishing up his four-day trip to India, President Nicolas Sarkozy said on Tuesday, December 7, that he wanted to be equal partners with India, asking the emerging nation to open up various sectors of its economy – infrastructure and technology, textiles, petrochemical, agriculture, and food, the Economic Times reported. Sarkozy started his four-day visit on Saturday, December 4, by asking India to support his missions for the French presidency of the G20, according to Reuters. In referencing one of his primary goals of reforming the international monetary system, Sarkozy boasted that Indian rupee would one day be a major global currency. Following suit with American President Barack Obama, Sarkozy voiced a French endorsement for a permanent spot for India on an expanded United Nations Security Council, according to the Times of India.

Fourteen officials who served under the regime of General Augusto Pinochet in Chile were put on trial in absentia in a Paris court on Wednesday, the Associated Press reported. The charges faced by the officials, 13 Chilean and one Argentine, include kidnapping, arbitrary detention, torture, and barbarous acts in relation to the disappearance of four French citizens between 1973 and 1975, according to BBC. The trial, which stems from 12 years of investigations, is scheduled to end December 17, France 24 reported. Pinochet, dictator from 1973 to 1990, was also indicted in the charges but died in 2006. A lawyer representing their family explained that since Chile does not extradite nationals, “Chile will be their prison, and if they leave, they will be arrested.”

According to a study released in the Nouvel Observateur on Wednesday, December 8, 58 percent of French people are convinced that Dominique Strauss-Kahn, director of the International Monetary Fund, will return to France to run in the socialist primaries for the 2012 presidential elections, Le Point reported. Among Socialists, that rate goes up to 67 percent. A week after Ségolène Royal announced her intention to run in the upcoming primaries, Strauss-Kahn and party secretary Martine Aubry are in contact to determine who will run in the primaries but have remained relatively reserved in that process, as explored by L’Express.

Snow storms sweeping across France late Wednesday and early Thursday, December 8 and 9, caused much of northern France to close and left the unprepared capital in a state of disarray after being hit with a record-breaking 11 cm (4 in) of snow in 24 hours, France 2 reported. In the capital, the snow shut down Charles de Gaulle airport, city buses, and the Eiffel Tower, according to the San Francisco Chronicle. Unplowed roads saw snow quickly turn to slush, causing many cars to slide and traffic to pile up around the city. Criticized for its lack of preparation for the storm, the government seemed uncertain who was to blame. From Moscow, Prime Minister François Fillon explained that Météo-France, the national weather service, had not predicted that the storm would be as intense, while Transport Minister Thierry Mariani explained that the storm came earlier than expected. Harsh weather swept across Europe this week with floods in Spain and harsh cold in the north.

The southwestern German state of Baden-Württemberg announced on Monday, December 6, that it was buying a 45 percent-share of Energie Baden-Württemberg, Germany’s third largest energy company, from previous shareholder Electricité de France for 4.7 billion Euros, the Wall Street Journal reported. EDF had owned the shares for more than a decade since the initial public offering. As EnBW’s previous shareholder agreement was set to expire in late 2011, the company has been anticipating a change in shareholder structure. EDF, who loses a small portion of its foreign investments in the deal, said it will use the proceeds to reduce its debt.

As Irish RyanAir plans to leave Marseille in January, Air France-KLM is looking to start a number of short-haul flights from France’s second-largest city, Bloomberg reported.