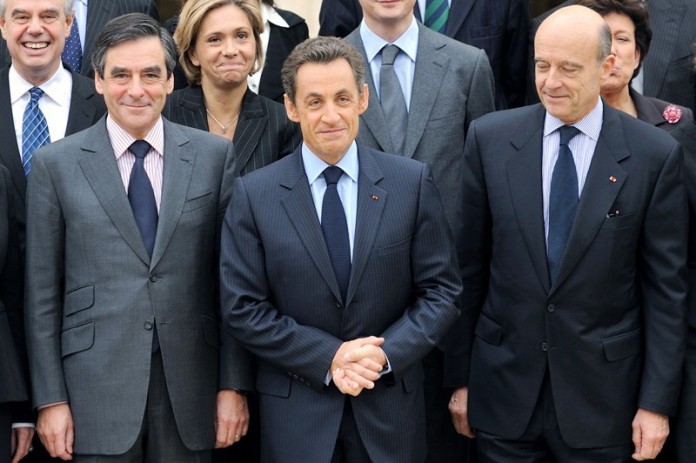 President Nicolas Sarkozy announced his new government on Sunday, November 14. More than six months after calling for a government “reshuffle,” Sarkozy’s news was deemed anticlimactic as the reshuffle brought little change to the Sarkozy cabinet, with Prime Minister François Fillon and Finance Minister Christine Lagarde among a number left in their positions, according to the Economist. Sarkozy abandoned much of the symbolic diversity he had included in his original cabinet, with only one socialist of seven remaining. With Alain Juppé taking over as Defense Minister and Michèle Alliot-Marie replacing socialist Bernard Kouchner as Foreign Minister, the new cabinet has been perceived not only as further to the right but has also taken on a “chiraquien” tone. While the placement of Alliot-Marie puts a woman in France’s top diplomatic position, two women from Sarkozy’s original cabinet – Senegalese-born Rama Yade as Sports Minister and Minister for Urban Policies Fadéla Amara, a popular feminist of Algerian descent – were ousted. While the reshuffle comes as a strategic move to unite France’s right less than two years before the next presidential elections, critics wonder whether the minimal changes are enough to appease a disenchanted French electorate, as explored by Time.

Following the government reshuffle, Sarkozy invited journalists from three French television stations – TF1, France 2, and Canal + – to the Elysée Palace for an interview on Tuesday, November 16, Bloomberg reported. In the interview, Sarkozy addressed his new cabinet and a slew of issues from fiscal reform to immigration, as detailed by Les Echos. That evening and the following day, the interview sparked reactions from a number of political opponents and allies. Socialist leader Martine Aubry called Sarkozy “disoriented” and “out of touch with the French people,” while Sarkozy’s socialist opponent in the 2007 elections Ségolène Royal criticized the president for his claim that he was not yet sure whether he would run for reelection in 2012, according to RFI. On the other side, the far-right leader of the National Front, Jean-Marie Le Pen, said the “arrogant” president’s interview was an “exercise in modesty.” Newly appointed Defense Minister Alain Juppé defended the president, saying Sarkozy is the only hope for a center-right win in the upcoming elections.

The Iranian ambassador in Paris was summoned on Tuesday, November 16, after a French diplomat was among a group assaulted by Iranian security forces in Tehran on Sunday, November 14, the New York Times reported. Plainclothes security officers blocked the entry to the French embassy in Tehran, where guests had gathered for a celebration of traditional Persian music. The officers proceeded to arrest a portion of the 130 guests, in the process hitting a high-ranking French diplomat in the face. Upon summoning the Iranian ambassador, French officials warned that the violent means employed violated the Geneva Convention and warned about further abuses, according to Le Figaro. BBC speculated that the incident stemmed from escalating tension between the two nations amid France’s vocal opposition to Iranian nuclear development.

Paris has bedbugs, Reuters reported. The radio station France Info reported on Tuesday, November 16, that several Paris hotels had become infested with the miniscule mattress burrowers. The bedbug (“punaise de lit”), little known in France over the past decades, has reemerged with more than 600 cases being reported in Paris so far this year, a considerable increase from previous years, according to AFP. Le Monde reported that the Paris Mayor’s Office affirmed that the recent growth was not an “invasion.”