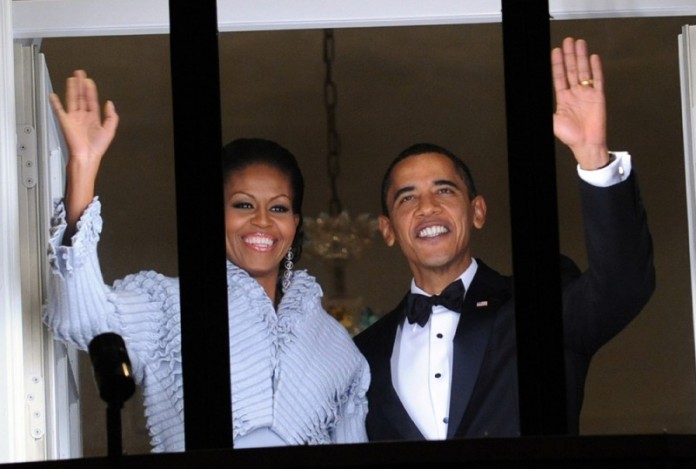 According to Tuesday’s New York Times, the Senate voted down the health bill’s abortion amendment, known as the Stupak amendment, by a vote of 54 to 45. The amendment was meant to make abortion coverage illegal for health plans that “[get] taxpayer dollars.” In addition, CBS news covered the debate over the health bill’s public option. According to a report on Wednesday, a Senate committee reached a “broad agreement” that the government-run, public option feature should be replaced by a program that is managed by a non-profit, private insurance company. However, the agreement only represents a group of 10 senators, and does not necessarily reflect how the Senate, as a whole, will vote on the bill.

According to the Atlantic Wire website, the U.S. government agreed to pay $3.4 billion to American Indians as settlement for the class-action lawsuit filed by Elouise Cobell, a member of the “Blackfeet tribe.” The suit was based on the accusation that the U.S. government had “mismanaged” Indian land and had “convert[ed] tribal money for [its] own use,” according to CNN. Both articles conveyed a consensus among the Native American community that though the settlement was a victory, it represented only “a fraction of what American Indians are owed.”

In a report by the Christian Science Monitor, the U.S. is planning to “expand” the reach of U.S. Predator drones into Pakistan’s Balochistan province, in order to target Taliban leader Mullah Omar. In Pakistan, the drones are viewed as highly controversial weapons because they have not only attacked militants, but have inadvertently killed civilians as well, according to the BBC. The Pakistani government, which has been known to both “publicly condemn” and privately support the use of drones, according to the article, has denied all reports that the drones will be allowed to move into the region.

In response to the ongoing discussion over French national identity, President Nicolas Sarkozy stated that he fully supports his “Muslim countrymen,” but also wants French Muslims to respect the idea that French national identity is deeply influenced by “Christian civilization” and “republican values,” according to a report by the Washington Post.  Regardless of the public response to this message in particular, France 24 commented that the national identity debate as a whole has led to heightened instances of racism, and has ideologically split the country in two.

According to Le Nouvel Observateur, French Minister of Education Luc Chatel is aiming to reform the French lycée system by doing away with the required histoire-géographie portion of terminale S (the final year of high school for students with a Math and Science concentration). Chatel insists, however, that the change will allow students to be “better prepared” for their post-high school work by giving them time to focus on specialized, scientific courses of study, according to Libération. Several notable figures, including musician Abd al-Malik and politician Martine Aubry fervently oppose the change, and eight education unions planned strikes for this Thursday.

France’s H1N1 vaccine “campaign” that began in late November has been met with much resistance, particularly by lycéens. Le Monde reported on Tuesday that Facebook has become a platform for students to protest against the efficacy and necessity of the vaccine. Students who are truly reluctant have the choice to opt-out of the vaccination. In similar news, Les Echos reported that the general demand for the H1N1vaccine has dropped because experts are “divided” on the details and course of treatment, rendering the public confused and less willing to be vaccinated.

An article in Wednesday’s San Francisco Chronicle outlined the key points of Obama’s job plan, which he announced at last week’s job summit. According to the article, the President’s plan is fairly “inexpensive” and “modest in scope,” and consists of a “Cash for Caulkers” incentive program that encourages homeowners to make their houses more energy efficient, as well as “small business tax breaks.” The main feature, however, is the redirection of TARP money — a sum of $200 billion originally set aside for the bank bailout — to fund the jobs plan. The Financial Times reported that while some “fiscal hawks” are concerned about the redirection of the money, many experts and lawmakers agree that using the money to boost job growth is an “appropriate use of [TARP] funds.”

On Monday, Les Echos published an interview with Mikael Ohlsson, CEO of the Ikea Group, in which he stated Ikea’s plan for sustainable development. The company, which operates in 25 countries including China, aims to increase its use of renewable energy from its current rate of 48%, to 100%. Ohlsson’s statements were particularly timely given this week’s Copenhagen summit, and he, along with “500 other business leaders” signed the “Communiqué de Copenhague sur le changement climatique” which calls for a “long-term vision” and clear-cut goals for reducing global warming.

On Wednesday, Ségolène Royal, President of France’s Poitou-Charentes region, stated that the electric car company Heuliez had been “saved” from losing a promised investment of €10 million of public money from the French Strategic Investment Fund, according to Le Monde. Reuters reported on Monday that the fund’s managers were planning to back out of the deal because Heuliez’s owner, BKC, could not fully “guarantee [the] capital.” However, by Wednesday, Royale told the press that €16 million, including “€5 million [funded by] the region,” was freed up to keep Heuliez running. While the future of Heuliez is still “uncertain,” according to Le Monde, Royale insists that the electric vehicle sector has a future and a viable market in which the Heuliez product will fit.

In Oslo on Thursday, President Obama accepted the Nobel Peace Prize, and delivered a speech in which he defended his views on the interplay between war and peace, according to Australia’s ABC news. There has been much controversy since the Nobel committee chose President Obama as the prize recipient, mainly because of his decision to pursue a war in Afghanistan, and also because he has been in office a mere ten months.

On Wednesday, Al Jazeera reported that China “lashed out” against the supposedly meager climate change goals set by developed countries at the Copenhagen summit. China’s representative Su Wei claimed that China’s commitment to a “45 per cent cut in ‘carbon intensity’ by 2020,” has not been reciprocated, principally by the U.S., the E.U. and Japan. Similarly, China has contested many of the provisions stated in the “Copenhagen agreement.” The Los Angeles Times, however, reported on Thursday that China apparently had a hand in drafting the agreement prior to the summit, and was aware of the provisions. There has been no mention, yet, of the implications of this information.

On Sunday, Voice of America reported that Iraq approved new election laws, which will allow the parliament to go forward with its election in 2010. NPR reported that had the new laws not passed, the Iraqi “political process” would have “reverted” to rules used in the 2005 election. The new election will feature “open” voting lists which delineate the names of individual candidates, as opposed to the former “closed” lists that only give the names of political parties.