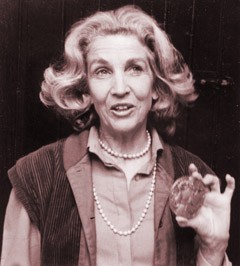 Polly Platt, author of French or Foe, cultural advisor, and former American journalist died in Vienna on December 26, 2008 of pneumonia and heart failure. She was 81. A native Philadelphian descended from a French Huguenot who escaped from France to Charleston, N.C., in 1685, she graduated from Wellesley College and was a journalist with the Philadelphia Evening Bulletin and the New York Post before moving to Paris with her Serbian husband, the late Alexander Grchich, a high UNESCO official, and their five children.

Polly Platt’s love affair with France started when, at eight, her parents dumped her in a château with no one to talk to but the servants and a donkey. Later she would say that the sweetness of the servants and the orneriness of the donkey were the daily tug of war that was the French genius, which she would study more closely when, breaking off a career in journalism, she moved there with her family in 1967. In 1989, distressed at the French-bashing parties of Americans in Paris, she founded Culture Crossings and began giving cultural adaptation seminars for foreigners, executives from companies such as General Motors, 3M, Coca Cola, Microsoft and JP Morgan.

The tales they told of their flaps in France became the spice of her 1994 bestseller, French or Foe?. The book is a romp through the business, social and cultural complexities of French culture. Now in its third edition and considered the reference for executives of Franco-American companies, travelers, and students of French at U.S. universities, it had rave reviews across the U.S., the U.K. and France, plus various television and radio interviews, including one live from Cannes by Bryant Gumble for the TODAY SHOW. The Financial Times dubbed it “the Bible” for Anglo-Saxons.

Platt’s second book, Savoir-Flair!  211 Tips for Enjoying France and the French, published in 2000 as a companion to French or Foe?, established Platt as the American cultural guru for France, as Matt Lauer recognized in May 2000 when he interviewed her for the TODAY SHOW half way up the Eiffel Tower in Paris, on one of his whirlwind visits.

Her third book, the just-published Love à la Française – What Happens When Hervé Meets Sally?, follows the lives of Anglo-Saxon women in France as they try to cope with the challenges of French culture and the French loves of their life.