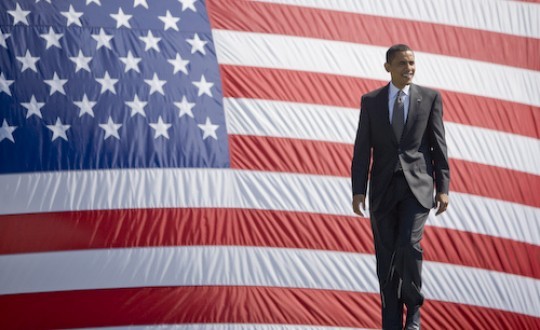 Originally published in France-Amérique on November 6, 2008

Translated from the French by Anna Wainwright

Last week, Obama made history, and the front page of every French newspaper. The 44th president of the United States will be the first black president of the largest democracy in the world. He also now carries the great burden of the world’s hopes.

It’s happened! Barack Obama has been elected the 44th president of the United States and defeated John McCain. The story has dominated the news cycle in France this week, as it has around the world. “From Tokyo to Paris, from Stockholm to Pretoria, never has the world been so passionate about a US election, never has the world participated with such conviction,” declared Pierre Rousselin in Le Figaro. Eric Fottorino, the editor-in-chief of Le Monde , called Obama “the man for the job” in his editorial. “Mixing youth and a wisdom beyond his years, the senator from Illinois knew how to rise above divisions in a country long tarnished by slavery and segregation, to repair the ideal upon which the country was founded: E Pluribus Unum-Out of many, one: The idea that the multitude of backgrounds and origins in America does not betray the shared American dream.” Laurent Joffrin, writing in Libération, declared that the election did not only represent a victory over racism. “By a huge margin, Americans declared that inequality does not befit citizens of the world, that Earth does not have limitless resources, that the richest among us must forfeit a bit of their spoils. The progressive party tried to make progress appealing to Americans, and they succeeded.”

Other French editorialists were more circumspect in their enthusiasm, as they recognized what Obama will represent once he is president. “Although a citizen of the world, Barack Obama is still an American” Libération notes.  “He supports the sale of arms, the death penalty, free enterprise. He wants to intensify the war in Afghanistan. America’s interests will always be his top priority. He has raised hopes so high that he risks falling short from day one.” Le Monde analyzed the “pragmatism” of the new president. “Comparing Obama to John Kennedy, (‘a realist brilliantly disguised as a romantic’), it is important to add that [Obama] is a man very much of this era, well-suited to introduce America to the 21st century.”

Above all, this election means the end of the Bush years for French reporters. “The passion surrounding this election is in large part due to the fact that the Bush years are finally over,” Le Figaro observed. “After him, things can only get better. This seems to be the predominant sentiment throughout the world.”

The new president will certainly have faults, as the French press realizes. “What can we hope for?” asks Libération. “Action to combat the recession, more regulations on the market, a less isolationist, and more thoughtful, foreign policy.” These are not small demands. And if Obama does not turn out to be the savior he is considered by some, oh well. “He is the man for the job.” (Le Monde)

Question of the week:

“A quand un Obama français?” “When will there be a French Obama?” It’s the question on everyone’s lips in France. After this historic American election, France must now closely examine its own complex view of minorities. In a survey published by the Journal du Dimanche, 80% of French citizens say they would vote for a black presidential candidate.

Figure of the week:

85%. The number of French people who believe the election of Obama was a good thing.

Person of the Week:

Barack Obama, of course. President Sarkozy sent a note of congratulations to the new president-elect at 5:30 am Wednesday morning, half an hour after victory was declared. The only problem: his handwritten note began “Cher Barak.” He left out the “c”.