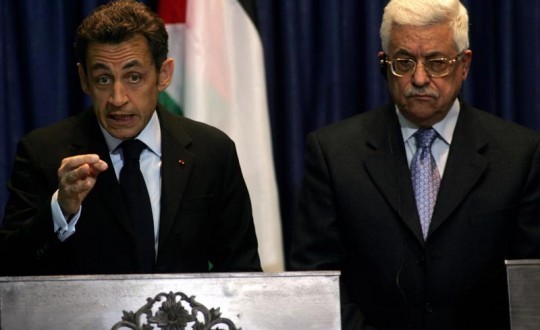 Translated from the French and abridged by Anna Wainwright

2008 ended with financial disaster, which will continue into 2009, and Sarkozy and Fillon try to find a solution to the conflict in Gaza.

Goodbye 2008, hello 2009! The transition to the New Year was greeted enthusiastically by the French press, eager for a fresh year onto which the French can project their hopes and fears. First among the French, President Nicolas Sarkozy, predicts that “the difficulties awaiting us in 2009 will be formidable.”  Le Monde observes that, “this crisis has a positive aspect for Sarkozy. It will force him to abandon the impossible economic promises of his campaign.” The daily newspaper, while admiring the president’s efforts and pragmatism throughout the crisis, remains cautious. “With no concrete results, the president’s activism will soon be revealed as nothing more than maneuvering.” For its part, Le Figaro points out the value of Prime Minister François Fillon, both in this time of financial uncertainty and in other areas.

The Prime Minister’s talents seem especially valuable now that Nicolas Sarkozy is playing an important diplomatic role in the current conflict in Gaza.  “His good relationship with both Israel and President Mubarak [of Egypt], the renewal of talks with Syrian President Assad, the rapprochement between France and the U.S…all of this indicates that the president is in a very good position,” comments Le Figaro. The urgency is certainly real in this conflict, which the majority of international observers are describing as “absurd” and “lethal.” Libération comes down hard on the Israeli government, but a minority of French journalists are defending the Israeli aggression, among them the intellectual André Glucksmann in Le Monde. “What would Israel have to do in order to be viewed favorably? Should the Israeli army not use its superior technology and use the same methods as Hamas, imprecise rockets and suicide bombers? It is not unfair to want to survive.”

Person of the week: Rachida Dati. The Minister of Justice gave birth to a little girl this week, Zohra. Rumors are swirling as to the identity of the father. For Libération, little Zohra’s birth is above all extremely characteristic of modern France. “This child, born outside of marriage, is representative, if we ignore the mother’s CV, of demographic tendencies…After age 40, however, pregnancies are still rare: only 4.6% of women in the 40s had a child in 2007 (compared to 3% ten years earlier). Zohra’s mother, 43, is a part of this small minority.”