Home Travel Where the Bobos Are… 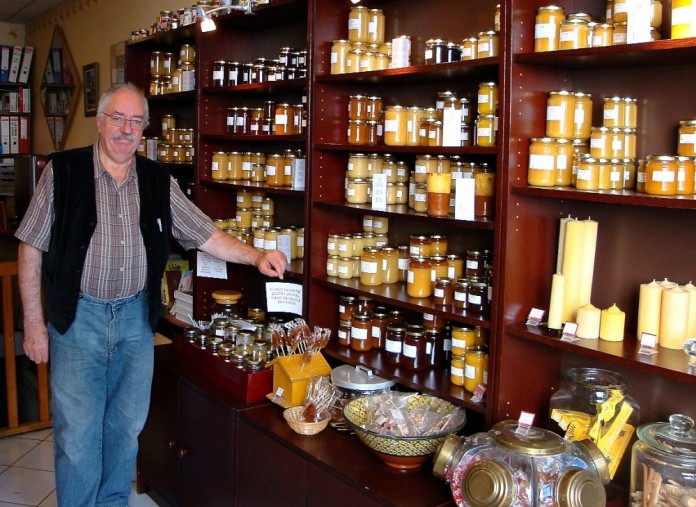 Paris is increasingly a city of bobos—in French, that’s bourgeois bohème. Although 19th-century novelist Guy de Maupassant had long ago joined the two words to describe one of his characters, it was the American author David Brooks who coined the abbreviation (Bobos in Paradise: The New Upper Class and How They Got There, Simon & Schuster, 2000). Unlike their yuppie elders (jeunes cadres dynamiques in their Parisian version), bobos are generally laid-back (zen, in French bobo lingo), politically liberal and enthusiastically green—they love the city’s Vélib’ rental bikes. They descend from the flower children of California and the soixante-huitards who famously rebelled in the Latin Quarter’s cobbled streets in 1968. In the late 1980s bobos emerged in the 11th arrondissement, around the Bastille and rue Oberkampf, then undergoing gentrification, and they eventually moved farther out, fleeing the gentrifying process while inevitably contributing to it. With an eye for the picturesque and rustic, and a penchant for the festive, they have converted rundown neighborhoods into leafy, colorful havens, serene by day, alive with buzz come night.

Originally commissioned by Napoleon to divert the water of the river Ourcq to the city’s new fountains, the Canal Saint Martin soon came in handy as a link between Paris and the industrial regions of northern and eastern France. Rail links followed suit—hence the nearby Gare de l’Est and Gare du Nord—together with warehouses, docks and poverty. When Paris was cleared of its heavy industries, modern apartment buildings replaced the docks. But in 1983, when the iconic Hôtel du Nord of director Marcel Carné’s eponymous movie was earmarked for demolition, the predecessors of today’s lackadaisical bobos organized a resistance. Supported by the movie’s lead actress Arletty, they reached a compromise: The hotel was replaced by an apartment building, but the facade was preserved and listed as a historic monument. The street-level restaurant is pleasant and friendly, but its often sun-drenched terrace is hardly evocative of the atmospheric 1938 gloom famously spurned by Arletty from one of the footbridges.

The canal itself, with its shade trees, locks and footbridges, is basically unchanged. Everything here flows in slow motion: Passers-by stop to watch the maneuvering of the locks; automobile drivers don’t honk behind the barriers as a pivot bridge makes way for a barge. On weekends strollers and cyclists share the car-free quays. People picnic by the water, others brunch at one of the innumerable canal-side cafés and restaurants—Chez Prune for example, the first to cater to the budding bobos in the late 1990s. Sésame flavors the embankment with delicious New York bagels and cheesecake. Du Pain et des Idées, on the other hand, the canal’s flagship boulangerie, is strictly French, complete with an original 19th-century painted ceiling; closed on weekends, it compensates on Fridays with superb specialties.

The bobo fashion industry set up shop here long ago, starting with Antoine et Lili. Its pink, lime and yellow facades along the water are matched inside by a colorful mix of women’s fashion with ethnic touches, creative children’s stuff, a home decor section and quirky knickknacks. The more recent Centre Commercial is dedicated to fair trade, the organic and the environmentally friendly: Danish fishermen’s sweaters, Aveyronnais shepherds’ leather bags, Veja sneakers made of ecological cotton and Amazonian rubber from Brazil. It’s all bobo chic, contemporary and timeless.

On weekend evenings, Friday through Sunday, the canal reveals its best-kept secret—Le Comptoir Général, a gigantic, dusty, funky movie-set of a place, with an old classroom and an antiquated film projector here, a wild tropical garden there, a colorful jumble of flea-market furniture, peeling walls, scruffy floor tiles and stuffed animals, all hidden behind an ordinary gate. It’s a bar, and a restaurant of sorts, packed solid at night and open for Sunday brunch. (On weekdays the space is rented to organizations dedicated to environmental and social causes.) Upstream, farther north,where the surroundings get less affluent, younger bobos gather at Le Point Ephémère, a converted warehouse now housing artist and dance studios, exhibition space, a concert hall and a waterside bar. On weekend nights, rock and electro concerts shake the neighborhood awake till early morning.

An out-of-the-way neighborhood of modest means, Batignolles made headlines when it was picked as the Olympic Village site for Paris’s failed bid for the 2012 Olympics. The redevelopment went ahead anyway, centered around the 25-acre Martin Luther King gardens on the site of an old railroad freight yard. Architect Renzo Piano’s Court of Justice—a controversial 530-foot glass tower—will be erected at the Porte de Clichy, north of Batignolles proper.

The core of Batignolles is bounded by the Boulevard des Batignolles, the Avenue de Clichy and the rues de Rome and Cardinet. The area had barely been incorporated into Paris in 1860 when it became the birthplace of the budding Impressionist movement, known as the Ecole (or Groupe) des Batignolles until 1874. Manet arrived first, and his studio was the setting for Henri Fantin-Latour’s painting Un Atelier aux Batignolles (1870, Musée d’Orsay), with Manet at his easel in the company of Renoir, Bazille, Monet and Zola, among others. At the time Batignolles was countrified and inexpensive, yet close to the new, wealthy Plaine Monceau.

When the bobos first spotted it, Batignolles was still a quiet neighborhood of retirees, at its prettiest near the little church and the Square des Batignolles, one of the lovely English-style gardens opened under Haussmann. (Never mind that Zola wrote in Le Figaro that it resembled “the picturesque gardens that grocers plant around their villas”.) The bobos here are family oriented, and are gradually replacing the retirees with children. The vast, still unfinished Martin Luther King park offers more space and adventurous amenities than the old square, its deck chairs much more relaxing than the square’s benches, and it’s a good place for instilling environmental awareness in bobo progeny. Nearby, L’Ecole Buissonnière carries a huge variety of toys and games, although many young parents prefer the recycled toys and clothes at the exquisite secondhand shop Arsouilles & Cie.

Most of the shops here are creative, eclectic and affordable. They don’t clutter the streets, leaving passersby to enjoy the odd bucolic corner and the turn-of-the-century architecture. Most shops are closed on Mondays here, as they used to be all over Paris—Batignolles still takes the time to pause. Les Crapoussines, where owner Anne Beaurain makes gorgeous hats, handbags, scarves and jewelry, is the place for finding superb gifts, or for just spoiling yourself. Bastien de Almeida carries stunning American vintage fashion, as well as specialized books and DVDs, and it even offers sewing classes. Terres de Café is a coffee mecca; Acide is for macarons, Gouin for pastry.

Batignolles booms with bars, cafés and restaurants, with an emphasis on fresh ingredients; several serve weekend brunch. L’Endroit has a terrace with a lovely view of the church, the staff at Les Puces des Batignolles never fails to greet customers with a welcoming smile. Sans Gêne, across the street, is festive and bubbly like its champagne, with a mix of generations and a wide choice of mouthwatering dishes. At Le Clan des Jules, the newest must address, diners feast in a fun retro setting of the American 1930s—think Al Capone, Bonnie and Clyde.

The tiny hill called the Butte aux Cailles, wedged between the Avenue Auguste Blanqui and rue Bobillot, southwest of Place d’Italie, might easily be overlooked. It certainly wasn’t a planned destination on November 21, 1783, when a gigantic azure-blue intruder—the first free-flying manned hot-air balloon—landed here, between two windmills and amidst the dumbfounded inhabitants.

Some 25 minutes earlier, Benjamin Franklin had watched the balloon take off from the Château de la Muette, west of Paris. The balloon was built by its inventors, the Montgolfier brothers, Joseph-Michel and Jacques-Etienne. Hot-air balloons are called montgolfières in French, and the Jardin de la Montgolfière here commemorates the event.

In more recent pre-bobo days, the hill’s public swimming pool was its only other claim to fame. An Art Deco monument opened in 1924, it was fed by an underground hot spring pumped by an artesian well—its discovery in the 19th century was a godsend to an area plagued with disease, including cholera.

Today the hill is decorated with street art and colorful shop facades, and crisscrossed by several spruced-up cobbled alleys with undeniable charm: the passages Vandrezanne, Moulinet, Boiton and Barrault. L’Oisive Thé (a pun on the words for idleness and tea) is a Franco-American salon de thé offering some 70 brands of tea, combined with a knitting club (Wednesday nights, reservation required) that attracts knitters of all generations, sometimes men. Endless varieties of honey are found at Les Abeilles include Jean-Jacques Schakmundes’s own, homemade from the beehives of the nearby Parc Kellermann.

Rue de la Butte aux Cailles is lined with bars and restaurants—the mark of bobo territory. The buzz sets in in the evening, notably at the jam-packed Chez Gladines (no reservations); abstain from the gigantic salads if you intend to taste their classic Basque dishes afterward. Les Cailloux, a popular Italian bistrot, is a bobo hangout of the first order, serving excellent food at prices that are gentrified but not yet scary. Le Temps des Cerises, a workers’ cooperative restaurant, opened in 1976, long predating the bobos. Its emblematic name, borrowed from the Paris Commune’s famous hymn during the short 1871 civil war, is echoed at the watering hole across the street, Le Merle Moqueur (mocking blackbird), also borrowed from the song’s lyrics. Indeed, the Butte aux Cailles was the Commune’s last pocket of resistance in this area, commemorated at the Place de la Commune de Paris, and kept alive at 46 rue des Cinq Diamants, the headquarters and shop of the Friends of the 1871 Commune, said to be the oldest civic association in France. Across the street, Paris-Mythique keeps the memory of the hill alive with a treasure trove of history books, old postcards, memorabilia and souvenirs. The shop also organizes walking tours and events such as the commemoration of the mind-blowing landing of the montgolfière.