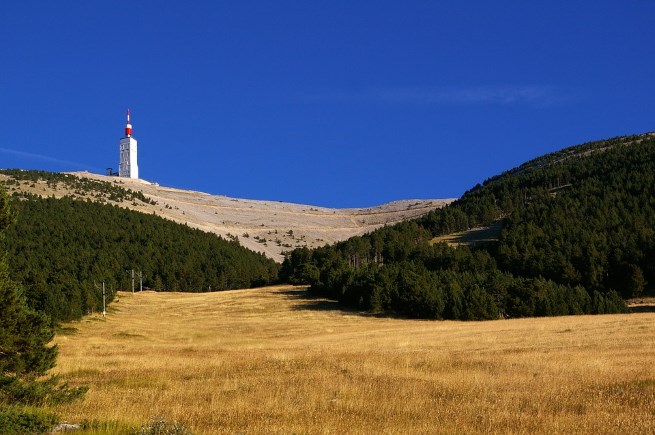 Six lesser known paradises to visit in the South of France

It may not always be easy to hunt down one of the shuttle boats that heads from the old port of La Ciotat to the l’Ile Verte. If you’re unable to find one and you happen to be traveling light, you can find your own way to this enchanting island the old-fashioned way – swim there! About a half an hour swim or a 10-minute boat ride will bring you to the only wooded island in the Bouches-du-Rhône area.

You’ll be faced with the difficult decision of which of the two crystal clear water creeks to choose from – the Seynerolle creek or the more intimate, pebble stone Plageolle. After a swim and sunbathe in either one, take a small hike up to the Saint Pierre fort, the culminating point of this island, offering a spectacular panoramic view of the bay and its surroundings.

Shuttle boat to the Ile Verte is available. For more information visit the tourist board here.

Carro is a small fishing port on the Côte Bleue, 30 km west of Marseille. The village is famous for the practice of “seinchole”, an artisanal way of fishing for tuna enabling an entire school of fish to be captured in one catch. Today, the port is still home to traditional fishing boats – no massive tuna liners here! The port is still lined with traditional homes. Not far from the port there is a lovely beach where visitors can enjoy the sun or rest under the shade of pine trees.

The caves of Calès represent an exceptional troglodyte site of 58 caves burrowed inside a natural cirque. The caves were inhabited during Neolithic times. The site is a magnificent, intricate chain of stonewalls and hidings that has witnessed over seven thousand years of human occupancy from the stone age through to the 16th century. During the Wars of Religion, Protestants literally holed up in these cleverly arranged and furnished caves that you can still explore. If you’re lucky to visit this site as the sun is beginning to set, be sure to take a look at the breathtaking views of the Petit Luberon massif and the Alpilles Mountain high in the background.

It is advisable to check with the Lamanon tourist office before heading up to the site as fire risks and possible falling rocks may cause the site to close temporarily.

You can learn more about Calès by visiting the Calès St Denis Museum.

Les Marais du Vigueirat (the Vigueirat Marshes) is paradise for bird watchers. These marshes are a protected, natural site situated between La Camargue and La Crau, south of the Alpilles Mountain. With a terrific natural richness and biodiversity, it is one of the most remarkable wetland areas of the Mediterranean French coast. The marshes are home to more than 1000 species of animals and plants, of which 280 are bird species, including up to 35,000 ducks in winter. The most notable bird species are herons, egrets, mallards and nightingales.

Thanks to a carefully planned out circuit of observation decks, visitors can witness the birds in their natural surroundings. The 1000 hectares of marshes are comprised of ponds, sansouires, reed beds and prairies, the latter of which is home to bull and the famous Camargue white horse. Here, amongst this incredible puzzle of biodiversity, man is the intruder.

Home to only seagulls and goats, the island of Maïre offers visitors a plethora of treasures worth the trek. On the south side of the island, 15 meters below sea level, divers can enjoy red corral – a rarity in the Mediterranean. Located in the extreme south of the Bay of Marseille opposite the Cap Croisette, the island’s sharp limestone peaks stand out against the sky. From the top of its steep cliffs, one enjoy an outstanding view of the calanques, the coast and the twin farillons, protruding rocks in the sea that over time have caused many a shipwreck.

To get there, leave Marseille from the west, drive along the Madrague and leave your car in Goudes before hiking towards the cape Croisette, where you will come across the baie des Singes, a little known cove, with the island of Maïre in the background.

Just behind the Mont Ventoux is the Toulourenc valley, filled with deep ravines and a river by the same name. Here one can meander through this breathtaking valley either by foot or by bike, stopping along the way in any of the various medieval villages that align the journey – Reilhanette, Savoillan and Brantes, a particularly lovely village that seems as if it is suspended above the valley. During a hot summer day, one can stop for a dip in the valley’s river, easily sheltered from any onlookers. 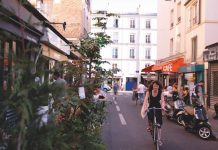