On June 6 1944, over 5,000 ships, 11,000 planes and 150,000 Allied troops converged on Normandy for the ‘D-Day invasion’. The 70th anniversary on June 6, 2014 will see the last remaining D-Day veterans remember this historic event. If you can’t make it to Normandy on June 6, you can still create your own itinerary or book guided tours which include all the beaches, museums, cemeteries and other sites. For up-to-date details of the planned remembrances, visit www.normandie-tourisme.fr. Below, a selection of things to see and do in Normandy to commemorate this important anniversary. We’ve also included a calendar of special events.

The essential museum for everything you need to know about World War 2, in particular those concerning the D-Day Landings and the Battle of Normandy. The Caen Memorial has recently inaugurated a new exhibition space which recreates General Richter’s subterranean bunker, with inventive staging that highlights the military aspects of the German Occupation, as well as the history of the Atlantic Wall.

Among the events marking the 70th Anniversary are an international exhibition of press illustrations (April 4-6), the 100 photos by Tony Vaccaro exhibition (May), a Battle of Normandy conference (May 21-23) and also two monumental paintings by the artist Jef Aérosol (June 3-4).

Starting in February 2014, the Arromanches 360° circular cinema is showing a new film, Normandy’s 100 Days. This retraces the history of the battle, from the preparations for the D-Day Landings to the Liberation of Paris and was produced by the makers of the hugely successful French television series, Apocalypse.

For a truly lifelike reconstruction of the great moments of the Battle of Normandy, the Azeville Gun Battery at Utah Beach has been repainted in its original camouflage colours. These have been recreated through archive photographs dating back to 1944.

On May 1, a special tour will take place on the theme of Life in a German Gun Battery during the Occupation.

The clifftop Pointe du Hoc Visitor Centre was transformed in 2013, moving into a stylish contemporary building which doubled its space. It was on this exceptional site that United States Army Rangers scaled the 100-foot cliffs, destroyed a vital German gun battery and took possession of this strategic position, giving them control of the coast road, and thereby playing an important role in the Allies’ D-Day success.

Some 9,387 American soldiers were laid to rest in the American Military Cemetery at Colleville-sur-Mer, overlooking Omaha Beach. A chapel, memorial and a garden of remembrance honour their memory.

Situated in the North-West of Calvados, this German Military Cemetery is a poignant site with 21,300 graves. It features a visitor centre, a permanent exhibition space and a garden planted with 1,200 maples – living symbols of peace.

Situated between Arromanches and Omaha Beach, Longues-sur-Mer is the only gun battery above the D-Day Landings beaches to be officially listed as a historic monument. It is also the sole battery which is still equipped with its original guns. The site features a command post and four casemates, each housing an artillery piece.

Cherbourg… And Freedom Came from the Sea

From April to September, La Cité de la Mer stages this exhibition which, using photos and archive films, explores the work of United States forces in the days after Cherbourg was liberated, which included mine clearance, reconstruction of the quays, etc.

This 12-mile driving tour with ten stops explains the Battle of the Falaise- Chambois pocket and starts from the Memorial of Montormel in the heart of the area where the action took place . This was the largest confrontation of World War 2 and its outcome led to the liberation of the rest of Europe. The route takes you along part of ‘The Corridor of Death’, through which the German forces withdrew.

This memorial exhibition to the Allied troops who took part in the bloody Operation Jubilee raid on the port of Dieppe on August 19 1942, a failed attempt to make a temporary bridgehead in occupied France. The exhibition brings together an array of documents, objects and models which evoke the exploits of the soldiers, sailors and pilots who took part, and the museum tour concludes with a gripping film about Operation Jubilee.

On the night of February 27 1942, some 120 British soldiers from the 2nd Battalion of the Parachute Regiment were dropped over the Cap d’Antifer to carry out an assault on a radar station. Operation Biting, the first airborne operation carried out by the Allies in occupied France, was a success. A new memorial, inaugurated in 2012 in the commune of Saint-Jouin-Bruneval, pays tribute.

Dedicated to June 6 1944 and the Battle of Normandy, this brand new museum boasts a unique and exceptional collection of over 10,000 objects and documents. These valuable artefacts have been carefully gathered from across Normandy, over the course of more than 40 years, by a first-hand witness to the conflict.

Guided Tours
For an in-depth experience, companies such as Stephen Ambrose Historical Tours offer all-inclusive tours with a historian, both during the anniversary and throughout the year.

Grandma, What Was It Like During the War? Exhibition: Juno Beach Centre, Courseulles-sur-Mer

March 2: Freedom Walk in Asnelles, departure at 9am.

Until October: Leaving the War Behind – From the Battle of Normandy Through to Reconstruction. Exhibition: 14 towns in Calvados

April 6: From the Gun Batteries of Azeville to Cricqueville. Walk: Utah Beach

May 10: Freedom Came from the Sea. Walk: Omaha Beach

May 26-June 5: The Price of Freedom. Conference: Museum of The Liberation, Cherbourg, 6:30pm

Until December: 100 Objects of the 100 Days of the Battle of Normandy. Exhibition: Caen Memorial

Until December 15: So that we Don’t Forget Them & Anglo-Canadian War Correspondents. Exhibition: Pegasus Memorial

Until June 15. Remains of the Atlantic Wall. Exhibition: Dives-sur-Mer

Until August 31. Life Under The Occupation. Exhibition: Fermanville

Until September 30. Through Stories. Exhibition: Cresserons

June 5, evening. They Were the First. Documentary: Pegasus Memorial, Ranville

July 2-September 11: Walks Between Arromanches and Merville-Franceville. Wednesdays, from the Coastal Station or the Historical Site

July 31: 70th Anniversary of the Liberation of Jullouville. Procession and parade, Jullouville 10am–4pm

September 14: March of Peace & Reconciliation. From the Memorial of Montormel to Tournai-sur- Dives, 9.15am–5pm 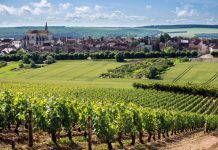