One of our first missions on holidays in France is to search for the local tourist office (office de tourisme or syndicat d’initiative). Invariably, good advice in a number of languages is available plus free maps, ideas for visits to smaller attractions that don’t always figure on heavily ad-filled travel sites and small savings can sometimes be made on advance bookings. My stories today come from our morning and afternoon tours in the tiny gem of a village, Saint Martin de Pallières.

“See those tiny stalactites on the roof?” We looked up sagely, squinted in the half-light and nodded. “Now, notice that there are none over here.” Our heads swivelled and, following the imaginary line from his finger to somewhere high above us, we mumbled our affirmation. “Well. Here is my très scientific reason why not,” and our guide smiled as he began his story.

“As a young lad, my cousins and I would tell our parents that we were going bike-riding.” He paused, surveyed his tour group to ensure complete attention and smiled once more. “We would go and get our bikes but would hide them in the bushes and quickly slip through that open window at the top of the stairs and into the water tank, where we are now standing.”

I counted ten roughly hewn pieces of stone, of disparate thicknesses and widths, jutting out from the wall and descending from a small window just above a dark line which encircled the enormous vaulted chamber, and presumed that, although dangerous at best, these were the stairs that he was referring to.

“The stored water in the tank was high, right up to the window, leaving only a very small space in the arches of the roof cavity. One by one, we would take it in turns to race around a circuit in the blow-up vessel that we would bring with us, slaloming in and out of the columns as fast as we could.” He grinned. “Of course, we were very mindful not to fall in, as the water temperature was only seven degrees and none of us knew how to swim. The older children would tell us not to worry as they’d pull us out if we did, even though they couldn’t swim either. In any case, the only light in here came through a tiny skylight that you can see in the centre of the room. It was pitch black everywhere else and so, out of fear, we tended to stay in the middle. It was probably our paddles that kept the stalactites from growing there.”

His face creased with gentle lines as he finished speaking and laughed aloud.

We all followed suit, entranced by the charming audacity of his childhood exploits. And the thought of more than four-hundred years of family history since his forebear Pierre de Laurens had purchased the castle in 1604. 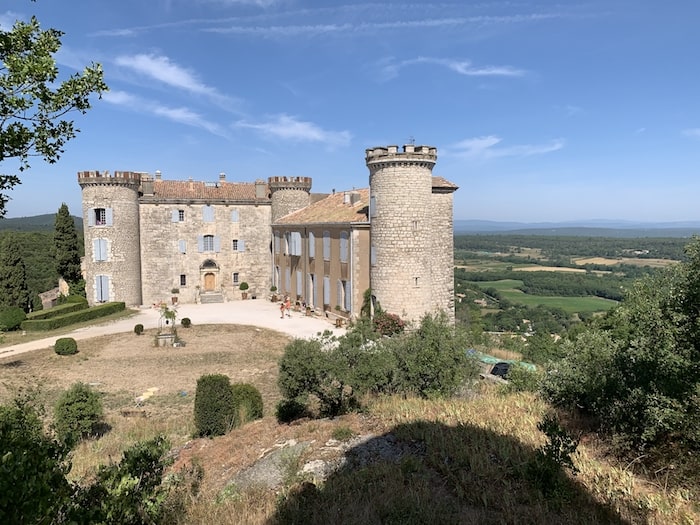 My family and I had already enjoyed a delightful morning not far from the water tank, touring the castle in Saint-Martin de Pallières, construction of which had begun in the thirteenth century. Our guide then was the châtelain himself, and cousin to our water-tank raconteur but, dressed in his orange tee-shirt and blue shorts, there was nothing even remotely formal about him or our time together. 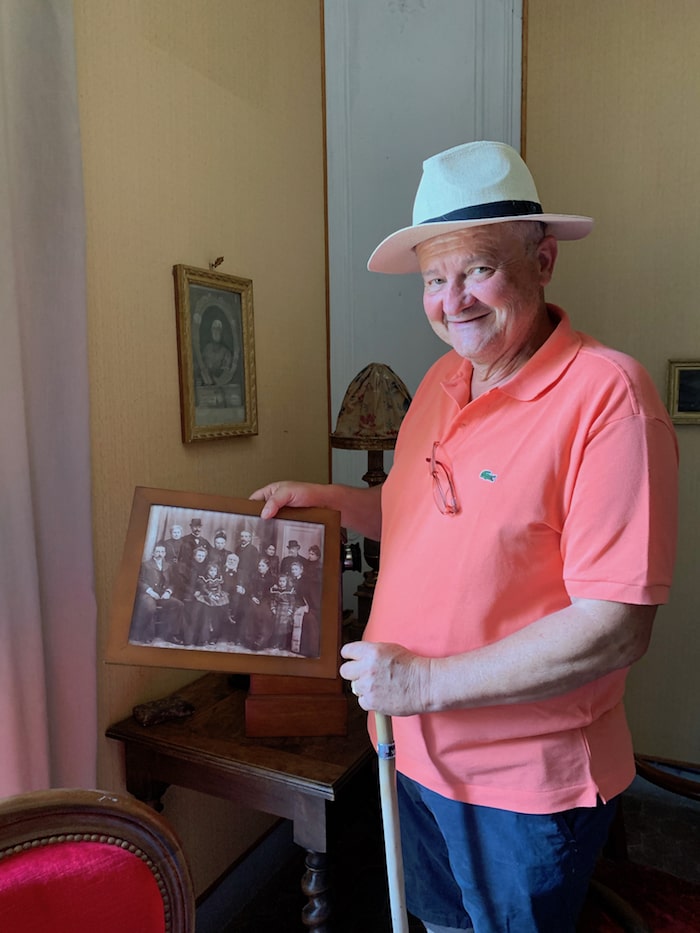 He had taken us on a meandering walk from the underground cellars of the castle with a passage leading directly to the village church, through a large reception room with the rustle of evening gowns and poetry readings still ever-so-faintly audible, and out onto the north-facing terrace with far-reaching, defensive views from the castle’s hill-top position. 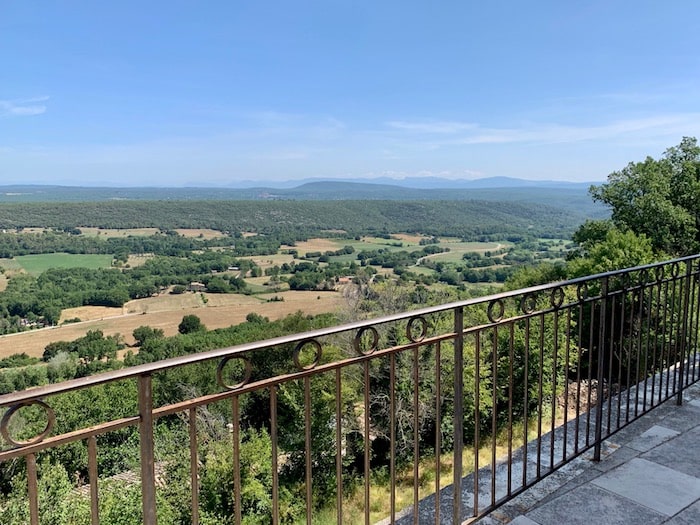 He had pointed out an unusual, delicately curved door set into a turret wall and detailed the ingenuity of his forebears who had dreamt up a system to deliver water to the castle in the 1920s from the well in the courtyard. 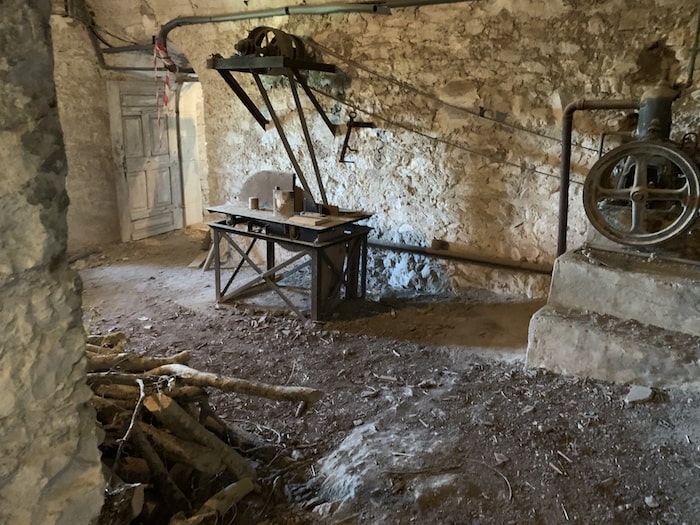 Our charmingly jolly guide had then finished up by telling us of his ancestor’s idea to build the biggest water tank (la cathédrale souterraine) that Europe had ever known, in order to water a few trees on the castle grounds and suggested that we stay to tour it later that afternoon.

Intrigued, we settled down to wait under the mûriers-platanes (mulberry plane trees) of Le Cercle du Progrès. It was the only bistro in the village and, fortunately, we arrived right on midday as it went from forlorn to full in minutes and certainly before we could fill our glasses to toast yet another top spot in the French countryside 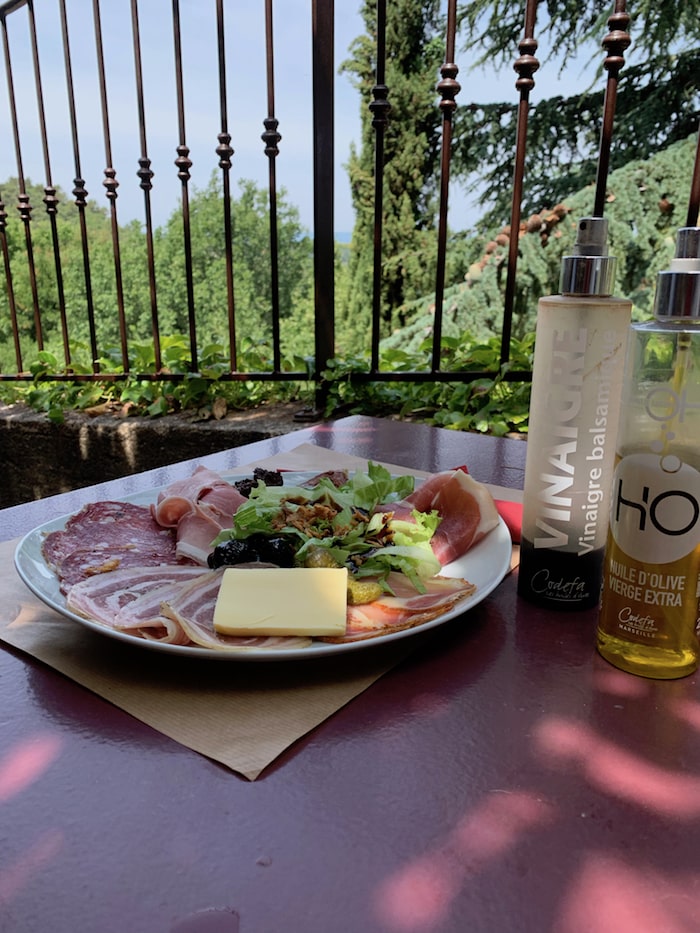 Saint-Martin de Pallières is approximately 45 minutes by car from Aix-en-Provence.

Entry (at the time of writing) to the castle is 8 euro per person (free for under 16s).

Entry (at the time of writing) to the water tank (la citerne/la cathédrale souterraine) is 4 euros per person (free for under 16s).

Check opening times but tours usually run from May to September. Car parking is available. Overnight or weekly stays are possible in the castle. 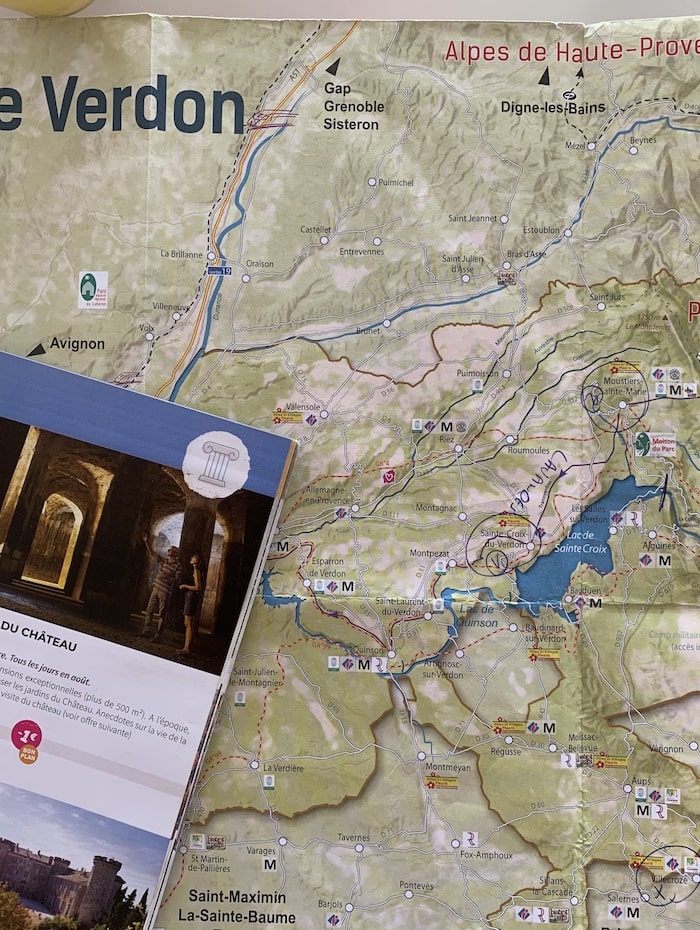 The author, Catherine Berry, lived for several years on the Annecy Lake with her family before buying a house in the lakeside village of Talloires. It is available for rental and is perfect for families and small cycling groups (sleeps 8).

Take a look at www.ourfrenchvillagehouse.com for details. Her family’s story, ‘But you are in France, Madame’ can be purchased as an ebook on Amazon or in print by contacting her directly on [email protected]