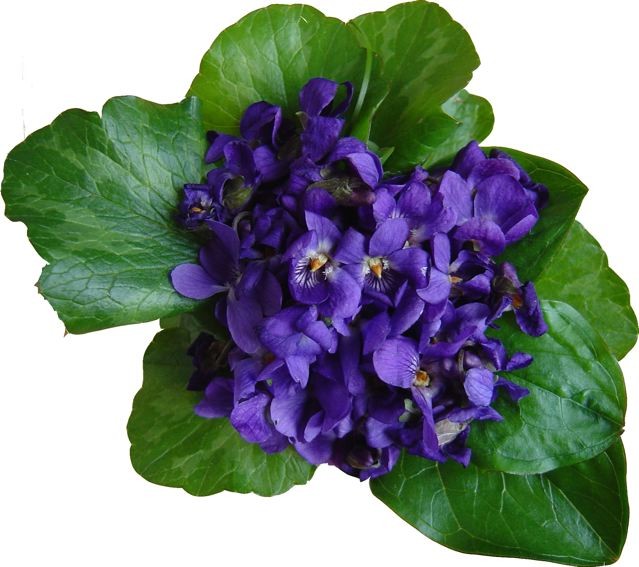 “Pink at dawn, red at midday, mauve at twilight”—so goes an old saying describing Toulouse, an architectural marvel of rose-pink brick on the banks of the Garonne River. Just five hours from Paris by TGV high-speed train, France’s vibrant Ville Rose is a sunny Southern belle of a city, famous for its gaiety, gastronomy and cosmopolitan charm.

Of course, if the city is sophisticated, irresistibly sympa, and a bastion of la vie en rose, it didn’t get that way overnight. Founded in the 3rd century BC by a Celtic tribe called the Volques Tectosages, the original fortified camp was conquered in 118 BC by the Romans, who named the settlement Tolosa. A prosperous colony, Tolosa grew into a cultural capital and center of the Roman wine trade, and by the time Christianity took hold in the 3rd century AD, it was the third largest city in Gaul. When Roman power dwindled in the 5th century, the Visigoths moved in, making Toulouse the capital of their vast territory, at its apogee stretching from the Loire River to Gibraltar. Clovis, the first king of the Franks, in turn defeated the Visigoths in 507.

The city slumbered through the Merovingian and Carolingian dynasties before waking up again in the 11th century when the counts of Toulouse, who had extended their domain to control most of southern France, turned Toulouse into one of Europe’s most resplendent medieval courts, renowned for its troubadours and their songs of courtly love. While the counts ruled the whole comté, the city itself was administered by consuls called capitouls, chosen from among its leading merchants. Toulouse didn’t become part of France until 1271, when Count Raymond VII and the heretic Cathars, or Albigensians, that he supported were defeated by the armies of the French crown. When the city joined the royal domain, some capitouls were elevated to the nobility, and many celebrated the honor by adding lofty towers to their mansions, some of which still survive.

Toulouse enjoyed another golden age from the mid-15th to the mid-16th century, when it grew rich from the trade in pastel, or woad. This plant was the primary source of blue dye until it was eclipsed by indigo from the colonies in India. Newly wealthy pastel merchants built the ornate brick mansions that still line the downtown streets. The grain trade was also important, leading to the construction of the Canal du Midi in the 17th century. Linking Toulouse to the Mediterranean, the 150-mile-long canal took 14 years to build and today is Europe’s oldest functioning canal and a UNESCO World Heritage Site. Its towpath provides a delightful promenade around the town for pedestrians and cyclists.

More recently the city’s prosperity has come from the aeronautics industry. Toulouse was the birthplace of Aéropostale, France’s first airmail service. Legendary aviators Jean Mermoz and Antoine de Saint-Exupéry—also the author of Le Petit Prince and Wind, Sand and Stars—took off from Toulouse on their pioneering overseas airmail flights in the 1920s. Later, successor Aérospatiale dominated the scene with the Concorde and the Ariane rockets. Today Toulouse still ranks as Europe’s most important aeronautical center, as headquarters for Airbus. The Cité de l’Espace, on the city’s eastern edge, celebrates the city’s link to the skies, displaying space satellites, a model of the Mir space station and a full-size replica of the Ariane V rocket.

Social life in Toulouse centers on the Place du Capitole, a vast arcaded square bordered by shops, restaurants, outdoor cafés and, on one entire side, the majestic façade of City Hall, the Capitole that gives the square its name. Although its medieval origins are hidden by an 18th-century neoclassical facade, the Capitole has been the seat of city government since those 12th-century capitouls. Behind it stands the Donjon—once part of the 16th-century city hall, now the tourist information center.

The city’s major points of interest are all within walking distance of the Capitole, clustered on the eastern bank of a crescent-shaped bend in the Garonne River. The narrow streets with their ancient brickwork and lacy cast-iron balconies are reminiscent of the French Quarter in New Orleans (where there is, of course, a Toulouse Street), and courtyards lush with flowers and palm trees are a delight to explore.

North of the Capitole lies the immense brick-and-stone basilica of Saint Sernin, one of the world’s largest and finest Romanesque buildings, easily identifiable by its soaring octagonal brick belfry with both round and pointed arches. The 11th-century church, once an important stop on the pilgrimage route to Santiago de Compostela is astonishingly beautiful, from its double-decker crypt and treasury to its gilded and frescoed 69-foot ceilings. Next to it, the Musée Saint Raymond is a small gem displaying archeological finds and medieval antiquities in a 16th-century structure resembling a Florentine palazzo. The collection includes treasures found in and around Toulouse, from Bronze Age objects and gold jewelry by the pre-Roman Celts to remarkable sculptures of mythological figures and a lineup of startlingly lifelike Roman portrait busts.

Farther south is Les Jacobins, an impressive fortresslike church and cloister that are remnants of a monastery founded by Saint Dominic and built in the 13th and 14th centuries. A masterpiece of Mediterranean Gothic architecture, the church’s nave is famed for its spectacular 91-foot “palm tree” pillar, sprouting into 22 vaulting arches.

It’s a short jog from there to the Place de la Daurade, a green lawn sloping down to the banks of the Garonne that’s a favorite spot for picnickers and sunbathers. A pretty riverside promenade lined with cafés leads past the church of Notre Dame de la Daurade and the Ecole des Beaux-Arts to the ornate Pont Neuf, inaugurated by Louis XIV in 1659. The bridge leads to the rue de Metz and two more great museums.

The Fondation Bemberg is housed in the city’s most sumptuous private mansion, built in 1557 for pastel trader Pierre d’Assézat. A palace of white stone and pink Toulouse brick adorned with marble columns and a lofty staircase tower, it displays a collection ranging from the Renaissance—van der Weyden, Veronese, Titian, and especially Cranach—to the 20th century, including Boudin, Matisse, Pissarro, Signac and an entire gallery of Bonnards. Farther down the street, the Musée des Augustins, in a 14th-century convent and cloister, houses a magnificent collection of Gothic and Romanesque sculpture, including a marvelous gaggle of gargoyles.

The third largest university city in France, Toulouse has a noticeably youthful population that includes nearly 90,000 students; many downtown streets are lively pedestrian zones, abuzz with shops and teeming with Toulousains, who also crowd the café tables that spill into the Place du Capitole and the nearby Place Wilson. The best shopping streets are the main artery, Rue Alsace-Lorraine, the crowded pedestrian streets around the rue des Changes and rue Saint Rome (where one of the medieval towers, the Tour de Serta, still stands) and the rue Croix-Baragnon, full of chic boutiques and galleries

Like other southern European cities, Toulouse is a late-night town. Two-star dining is offered at L’Amphitryon and at Michel Sarran, whose restaurant, installed in a 19th-century manor, offers a wonderful contemporary take on traditional southwestern French cooking, spiced up with a bit of Spanish flair. In the Grand Hôtel de l’Opéra, a beloved city landmark, the low-key Grand Café de l’Opéra is an after-theater institution decked out with snapshots of stage and film stars. The Opéra de Toulouse itself, based in the Théâtre du Capitole, is one of the top companies in France; its former director, Nicolas Joel, has now taken over the Opéra de Paris.

Toulouse has been a market town since its early days as the Gallo-Roman Tolosa, and many markets still animate its streets and squares. The Place Victor Hugo offers a wonderful covered market, with fruit and vegetable vendors outside, and a plethora of butchers, bakers, fishmongers, fromageries and charcuteries inside. On the mezzanine, six adjoining restaurants serve lunch to a jam-packed crowd of locals—no reservations, long lines, decent food and lots of fun. Sunday mornings are lively, too, with several sprawling outdoor markets. At the terrific flea market/bazaar that spreads out in concentric circles from the church of Saint Sernin, you’ll find everything from used car parts to frilly underwear. And the hectic, anything-goes market around the church of Saint Aubin offers not only fruits, vegetables, meat, fish, bread, pastries, and pungent spices, but also hats, housedresses, mattresses, cane-bottom chairs, armloads of flowers and sometimes even a brass band.

THE VIOLETS OF TOULOUSE

The violet has been the floral emblem of Toulouse since the 19th century, when French soldiers brought the plants back with them from the Napoleonic Wars. The flower flourished in Toulouse, and at one time more than 600,000 bouquets a year were shipped to Paris, northern Europe and even to such distant destinations as Canada. The little purple flower enriched more than nurseries and florists; perfumers captured its delicate fragrance in their flacons and confiseurs not only used the blossom as a flavoring for sweets but also sold crystallized violets as edible decorations for pastries. The industry almost disappeared when the plants were wiped out by disease, but in 1985 researchers succeeded in reviving the Toulouse violet, and today cultivation continues in greenhouses north of the city. Les Journées Violette, a festival held during the flowering period in February, celebrates the blossom in all its forms — even a liqueur — and fragrant souvenirs are available year-round at the tourist office behind City Hall and at shops including Violettes & Pastels (10 rue Saint Panthaléon, 05.61.22.14.22).

Originally published in the May 2009 issue of France Today; updated in February 2011