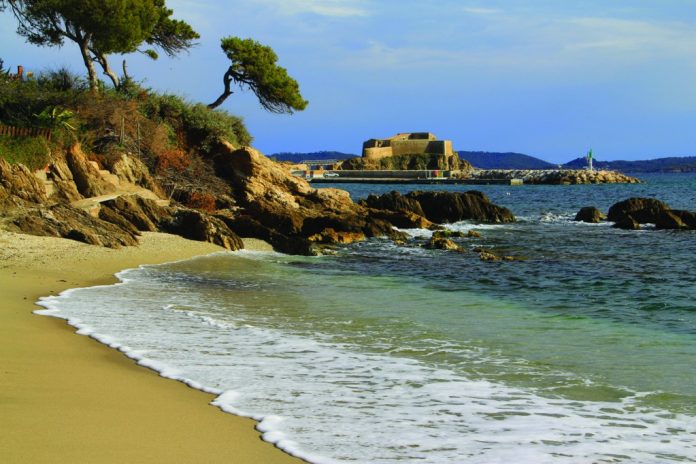 What on Earth is Queen Victoria doing in the south of France? Just outside Hyères, if you so desire, you can peruse an entire collection of jewellery, porcelain, photos, paintings and memorabilia dedicated to Britain’s long-serving monarch. Topping it all, there’s a scary, life-sized mannequin of the famous queen herself, replete with the famous “We are not amused” look. This mannequin serves as the focal point of the Musée Queen Victoria, a high-camp shrine to Her Majesty. The founder and manager of the museum is Henri Fabre, a self-confessed Queen Victoria nut who has dedicated much of his life to collecting royal memorabilia, which even includes a piece of jewellery with Prince Albert’s actual hair in it. Some would call it intriguing. Others might consider it a little creepy. Obviously not Henri, though. Over 20 years ago, he built the museum next to his home, the sumptuous Château de la Clapière and its vineyards, inspired by his great-grandmother who met Queen Victoria during her 1892 visit to Hyères.

Hyères, and the adjacent Presqu’île de Giens, is at the southernmost tip of Provence, making it hot in the summer and mild during winter. I was expecting warm, sunny days and cool evenings during my springtime visit. Yet, here, in the oldest resort on the French Riviera, the weather wasn’t behaving itself. Fortunately, my accommodation for the night more than made up for the rain. It was an upmarket chambre d’hôtes called the Bastide du Plantier – charming, comfortable and quirky. On the patio garden of the guesthouse, totally inexplicably, there was a double bed – made up and apparently recently slept in. I wasn’t asked to sleep there myself, but for a split second I did wonder. My eyebrows rose further the following morning after I discovered wild boars had been roaming the garden during the night.

That day I took a ferry out to the Île de Porquerolles, one of the three main islands off Hyères. The crossing was a rollercoaster ride through stormy waters. During the island tour I had the chance to learn about the annual yacht race, the Porquerolles Cup, which circumnavigates the island and the pirate tale that led to its inauguration all the way back in 1726. It all started when an Arabian pirate called Chab’an Reis captured a French ship, La Joyeuse, off the Île de Porquerolles. Desperate for a way out of his predicament, the French captain challenged Chab’an to a race around the island. Should Chab’an win, he’d keep La Joyeuse, but should he lose, the French ship would win its freedom. The pirate couldn’t resist a wager and accepted.

At the start of the race, the pirate ship headed east while La Joyeuese turned about face and sailed west. Chab’an’s first thought he was being duped and that the French ship was fleeing for the safety of Toulon. In actual fact, the captain of La Joyeuse was an honest chap and a gentleman – he had no intention of reneging on his deal and was heading in the opposite direction simply because he was a better sailor and knew it was the quickest way round the island. Indeed, he won the race and the pirate captain was forced to grant the French ship its freedom. Both crews celebrated together after the race. “The sailors toasted each other with rhum ambre,” wrote Lise Lemoine in her book about the episode, “and soon you could hear the Arab songs mixed with the French songs in a happy cacophony.” The Porquerolles Cup has been staged almost every year ever since. The neighbouring island to Porquerolles is Île du Levant. The lion’s share of it, around 90 per cent, is a military missile test zone and, not surprisingly, this area remains totally off-limits to the public.

Most of the remainder of the Île du Levant comprises one of Europe’s oldest and most dedicated naturist colonies. There’s nothing half-baked here: on the beaches, in the streets and pretty much everywhere else, locals wander around in nothing but their birthday suits. Only at the island’s harbour, in the square of the main town, and in shops and restaurants are they likely to cover up. Even then, it’s rarely more than what they coyly call ‘le minimum’. That might be as minimal as a G-string, or a tiny loincloth. Fortunately for the inhabitants of the Île du Levant, it boasts one of the mildest climates in all of France. Hyères is often called Hyères-les-Palmiers and that’s thanks to all the palm trees growing across the city and its environs. Sadly, though, Hyères’s palm trees have been suffering of late. An evil little beetle has been killing many of them off. It’s called the red palm weevil and the problem is its larvae, which eat through the crown of the trees, slowly destroying them.

Palm trees stand sentry on virtually every street in Hyères, they are an age-old symbol of this city and the region around it. They are also a vital part of the local region’s economy, as thousands of farmed trees are exported every year. For these reasons, the city’s authorities have begun fighting back against the unwelcome arthropods. Treating and pollarding with abandon, they are attempting to drive the beetle and its nasty larvae out of town for good. After all, what could be more Mediterranean than the palm tree, and Hyères-les-Palmiers has no desire to drop its suffix. Had these pesky bugs been around in Queen Victoria’s day, she definitely would not have been amused.