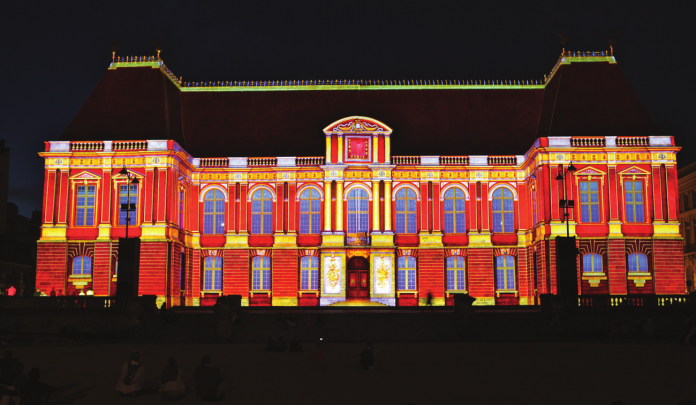 The capital of Brittany is a great city to live in for quality of life, but Rennes is a top tourist destination too. We explore its many charms…

Made from wood felled in the surrounding forests, Rennes is home to some charming colombage buildings. A ﬁre in 1720 wiped out more than 900 of these shops and houses, but there remain a good number mostly in Place Saint-Anne, Place Champ-Jacquet and Place Rallier du Baty.

Once upon a time, Rennes was one of the biggest and best places for mosaic production in France. Isidore Odorico (1893-1945) worked on various city centre decorations, including the Saint-Georges swimming baths, post ofﬁce, covered market, churches, business premises and private residences. 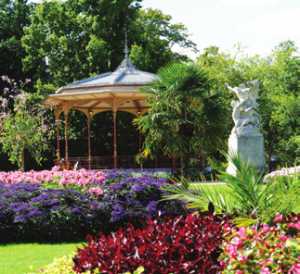 There are two main parks in Rennes, both created by the landscape architect Denis Bühler. Parc Thabor is made up of English, French, botanical and rose gardens with an aviary and a bandstand. Parc Oberthür is populated with ancient trees.

The city’s sovereign court of justice was built between 1618 and 1655 to record royal edicts and letters. Parlement de Bretagne sits within a royal square and is decorated inside in C17 Parisian style. The building was damaged by ﬁre in ‘94 but has since been restored to its former glory.

Join in with some local festivities: the free summer son-et-lumièreon the Parlement de Bretagne, the sprawling Braderie du Canal Saint-Martin street sale and the city’s annual Festival Gourmand in autumn. Transmusicales is a popular annual music event held in December, showcasing new artists from around the world.

Not only is Rennes home to the region’s Museum of Brittany, it also boasts a science museum with planetarium and an ecomuseum located on one of the largest farms on the outskirts of the city to educate visitors of all ages in agriculture and animal husbandry. 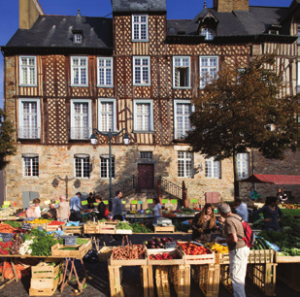 It’s not just locals you’ll ﬁnd picking their way through the freshest produce at the second largest market in France on a Saturday morning. The city’s Michelin starred eateries, which include La Coquerie, Le Saison and Auberge du Pont d’Acigné will also be sourcing their ingredients here. Look out for petit gris melons, Reinette apples and Coucou de Reine chicken.

Rennes is one of the few French cities that has a fully automated underground métro network. The city is ideal for those without a car, with segway and bike hire available. Alternatively, the Rennes Greeters Network matches visitors with residents who volunteer their free time to show off the city they call home.

The Rennes Metropole City Pass (€15) is valid for three days and packed with vouchers for free admission to municipal museums and galleries, discounts on leisure activities, as well as reduced bus and métro fares. Get yours from the tourist office.

The Fine Arts Museum is home to various artworks seized during the French Revolution. It is most famous for ‘The Newborn’ by Georges de La Tour. La Criée and The FRAC are the city’s contemporary art centres. Since the 80s, Rennes has also commissioned artworks for public areas.