Home Travel 10 of the Prettiest Villages in France 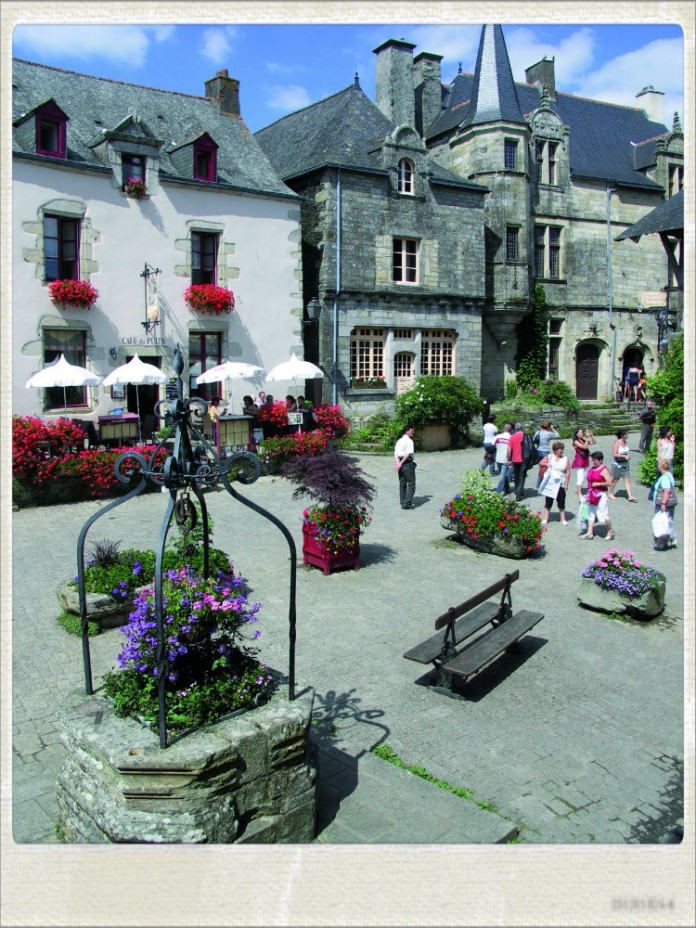 The village is quintessential to the French countryside and rural life, but how to preserve these pretty places? The answer is L’Association des Plus Beaux Villages de France, an organisation with 157 village members across France. The aims of the association are to safeguard the unique heritage of each place while working to create vibrant, thriving and productive communities- thereby preventing rural exodus in France. Here are some of our favourites.

1. Rochefort-en-Terre: Thirty-five kilometres east of Vannes, on a rocky hill surrounding the valley of Gueuzon, the little Breton town of Rochefort-en-Terre shows a strong sense of identity despite the different architectural styles to be found: half-timbered houses, gothic monuments, Renaissance private homes and 19th-century architecture.

2. Saint-Véran: In the heart of the Parc Naturel Régional du Queyras national park, at 2042 metres above sea level, Saint-Véran prides itself on being the highest inhabited village in Europe. In the village, which is made up of several quarters, the wood and stone chalets tiled with slate, the fountains, bread ovens and sundials are all typical of ‘everyday’ local heritage, while the many chapels and mission crosses bear witness to the inhabitants’ beliefs.

3. Barfleur: This village was the Anglo-Norman kingdom’s leading port in the Middle Ages and is still a thriving yachting and fishing port today. Its grey granite houses jut out over the Channel under the watchful eye of the Semaphore tower and Gatteville lighthouse.

4. Olargues: Positioned between the south of France and the Massif Central, Olargues shares some of the characteristics of each region. Chestnut and cherry trees rub shoulders with vines and olive trees as the sun tries to heat up the chilly waters of the River Jaur. At the foot of the Caroux Mountains, the old fortified village attracts visitors not only because of its paved streets and covered passageways but also because it is ideally located for outdoor activities.

5. Turenne: This village bears the name of the powerful aristocrats who ruled over Limousin, Périgord and Quercy for a millennium. Perched on a cliff, it has retained many traces of its past, including the César and le Trésor towers; remains of the castle above the village; 17th century town houses adorned with turrets or bartizans; and more modest dwellings tiled with local lauze stone slabs or slate.

6. Noyers: Nestling in the curve of a meander in the peaceful Serein river, Noyers in northern Burgundy is an unspoilt village off the tourist trail with much to offer visitors. Within its cobbled streets, there are reminders of the village’s flourishing period of farming and trade: Place de la Petite-Etape-aux-Vins and Place du Marché-au-Blé (Wine and Corn Market squares) hark back to the town’s wealthy past as do the fine half-timbered fronts of the 15th-century houses.

7. Eguishem: A short distance from Colmar, Eguisheim is the cradle of wine growing in Alsace and also where Pope Leo IX was born in 1002. The village is proud of its cobblestone streets and award- winning floral decorations. The 16th- and 17th-century houses have pointed roofs, bright colours and half-timbering.

8. Seillans: Just a few kilometres away from Fayence, Seillans possesses every attribute a typical Provençal village should have – with houses arranged in tiers on the hillside, narrow paved streets, arched passageways, little squares where fountains babble, sunny weather and vistas of vineyards and olive groves. The painter Max Ernst spent the last years of his life here and you can see his work at the Tanning-Ernst Collection in the village.

9. Belvès: This medieval town is perched on a rocky spur above the Nauze Valley in Périgord Noir. It boasts seven bell towers and although it endured invasions and wars, superb relics of its architectural heritage remain.

10. Aubeterre sur Dronne: On the Charente and Périgord borders, this hilltop village offers an exceptional cultural heritage and stunning natural surroundings. On the route to Santiago de Compostela, the rock-hewn underground Church of Saint Jean, chapels and convents are evidence of the village’s significant religious past.

Originally published in the June-July 2013 issue of France Today.