Forget about the Place des Vosges and its vicinity. The centre of gravity of the Marais has shifted further north and been re-dubbed ‘Le Haut Marais’ or ‘NOMA’ (Nord Marais). It’s not quite New York’s MOMA but the message is clear — this is hipster ground, increasingly chic and less and less shabby, with Rue Charlot as its backbone.

Café Charlot is the bustling hang-out, situated on the strategic corner of the Rue de Bretagne and Rue Charlot. Replacing an old boulangerie, this cafe boasts a retro decoration inspired by the 1950s and a handy terrace for people-watching.

This neighbourhood of small manufacturers and workshops was too remote to attract developers when the southern Marais took off in the 1970s, but its authentic local colour and affordability attracted creative Parisians and all varieties of hipsters.

Pascal Fonquernie of Parismarais.com is one of them and he provides unrivalled insights into the area from his homebase on Rue Charlot, the first gentrified street, which attracted art galleries after the 1985 opening of the Musée Picasso a little further south. Eugénie Seigneur, the delightfully eccentric picture and mirror framer (16 rue Charlot), is among those who appreciated the proximity of the museum. She had the honour of working for the Museum of Modern Art at the Pompidou Centre, framing pictures by the likes of Kupka, Kandinsky and Malevich – Picasso too, although she trained as a sculptor at the Beaux-Arts School.

Rue Charlot commemorates the neighbourhood’s developer in the early 17th century, Claude Charlot. His earlier project for a monumental Place de France was nipped in the bud by the assassination of Henri IV, in 1610. It would have graced the area with pre-Haussmannian radiating arteries named after the provinces of France, to which the likes of the Rues de Bretagne, Picardie, Normandie and Poitou bear witness.

Situated across the street from the Café Charlot, Le Marché des Enfants Rouges is the city’s oldest market and dates back to 1615. The ‘boys in red’ were the inmates of an orphanage on the nearby Rue des Archives. The girls’ orphanage —Les Enfants Bleus — was situated by the Musée Carnavalet, then the home of the celebrated Madame de Sévigné, who reported that “the good little girls were very well behaved”. After several years of closure and a tough battle to save it, the market reopened in 2000, although many of its traditional food stalls were replaced by bustling eateries serving cuisine from all over the world.

Hailing in their midst is Fabien Breuvart, from Images & Portraits, the market’s photographer and a passionate collector of vintage ‘found’ photos. In 2002, after a professional mid-life crisis, he followed his heart’s desire and renounced his career as a journalist for that of a photographer and vendor of images, and was content to start out with a trestle table. In 2004 he upgraded to his tiny current shop, which also opens onto 35-37 rue Charlot – the short-cut adds to the traffic but he still manages to make space for portrait sessions.

In contrast with the spruced up Rue Charlot, the Rue de Bretagne has retained its air of a market street and offers a colourful, mouthwatering feast. The Algerian Chez Omar has been open for decades and this couscous lover’s mecca even played host to Woody Allen back in the 1990s. Although some say it’s tired, judging by the crowds, it is still going strong. At Les Comptoirs de Carthage, meanwhile, at no. 27 on the quieter Rue de Picardie, the couscous is Tunisian. Kate Caldwell, a Liverpudlian with perfect French and a long-time resident of Tunisia, started out by promoting the country’s crafts but she also loved to cook. Everything is organic and hand-picked by Kate, who cycles around town to her favourite addresses – for example, Goumanyan (3 rue Charles François Dupuy), which carries Thiercelin’s, the “best spices in the world”.

Rue de Picardie marks the eastern boundary of the one-time Enclos du Temple, the fortified European headquarters of the Knights Templar, who settled here circa 1240 and turned the marshy area into the market garden of Paris: the Marais. The Rues de Bretagne, du Temple and Béranger mark its boundaries to the south, east and north and a 50m-tall keep stood on the site of the Mairie of the 3rd arrondissement, which now overlooks the gardens of the Square du Temple.

In the 17th and 18th centuries, the magnificent palace of the Enclos du Temple’s Grand Prior stood on the corner of Rue de Bretagne and Rue du Temple. A home to the illegitimate sons of royalty and an alternative court to Versailles, according to Horace Walpole it was “where gathered those who had nothing to hope from the King” and its denizens led a life of both debauchery and artistic brilliance. The Grand Prior was also where 10-year-old Mozart is seen playing the harpsichord in Michel- Barthélemy’s famous 1764 painting, Le Thé à l’Anglaise.

On August 13, 1792 the royal family was locked up in the Enclos du Temple’s keep, which was demolished by Napoleon in 1808. It was from there, on January 21, 1793, that Louis XVI departed for the guillotine on Place de la Concorde, carried in a tumbril along the future glamorous Grands Boulevards.

Today, Rue de Picardie runs along the recently renovated iron-and-glass pavilion of the old Marché du Temple– it’s often referred to erroneously, and is currently called, Le Carreau du Temple, which was actually the space next to the market reserved for pedlars. There were six pavilions originally, built under Napoleon III, like those of old Les Halles. Having become a lifeless clothing market in recent decades, it was rescued by the Paris Mairie and turned into a space for sport and culture, one attractive enough for Yves Saint Laurent to hold 2014 Fashion Week there.

Julien Brugeas Labessan, who runs Galerie Glénat at 22 rue de Picardie has noticed an increasing number of passers-by since last April’s opening of Le Carreau and is confident that it will benefit the gallery. Galerie Glénat is the showcase of Jacques Glénat, France’s foremost independent publisher of bandes dessinées (comic strips), and exhibits original ‘BD’ artworks.

Sylvaine Jagou from Matières d’Art, at 2 rue de Franche-Comté, has lived in the neighbourhood for over 30 years and also feels the increase in pedestrian traffic. At her gallery, Jagou brings together the creative beauty of mother Earth and the creative imagination of superb artists and artisans. Determined to promote them, she left the world of insurance and took over this old wholesale mercerie (haberdashery) to offer them exposure.

Back on the Rue Charlot, at no. 67, Agnès Butor’s La Boutique Extraordinaire is also a back-to-nature celebration. Her garments are ravishing, wonderful to touch and all made from luxurious fabrics and/or natural or rare animal fibres, including alpaca, baby Lama, merino wool, mohair and silk from the Himalayas. Rue Charlot now also plays host to J Barthouil, the foie gras specialist at no. 41, and to the master chocolatier Jacques Genin, which sits on the corner of Rue de Turenne. Jacqueline Frydman’s luminous exhibition space behind a flowery courtyard, the Passage de Retz, at 9 Rue Charlot, is light years away from her father’s old toy manufactory.

Meanwhile, at the southern end of the street, the Cathédrale Sainte- Croix des Arméniens dates back to Claude Charlot, the 17th-century businessman after whom the street is named, who drafted five Capuchin friars to serve as firemen. On January 21, 1793, the Irish Abbot Edgeworth de Firmont was dispatched from the church to celebrate Louis XVI’s last mass and, today, weekend chamber music concerts are held there.

Fabien Breuvart’s shoebox of a shop, just bursting with vintage photos and old cameras, is an eminently suitable location for the conservation of the ‘Paris populaire’ recorded by street photographers. He’s also a portrait photographer and ingeniously fits studio sessions into his compact space.

One would expect to be intimidated by a lady who framed a Picasso, but Eugénie Seigneur is unassuming, witty and fun. Her workshop offers a heart-warming journey into the neighbourhood’s past as it straddles the sites of an old café and an optician, and she’s kept the former’s tiled floor and the huge wooden spectacles cabinet intact.

This bright, laidback restaurant is as sunny as owner and chef Kate’s adopted Tunisia. Kate is inexhaustible about Tunisia, praising its traditional crafts, samples of which decorate the space. She’s equally passionate about organic ingredients and bicycles across Paris to buy the finest and freshest available.

Julien Brugeas is as enthusiastic about this gallery as its founder, Jacques Glénat, the leading French independent publisher of ‘BD’ (bandes dessinées or comic strips). The exhibitions of original BD works rotate fast, every three weeks on average, offering exposure to a plethora of artists.

Sylvaine Jagou has wedded nature’s bounty to man-made art, displaying minerals and gemstones alongside sculptures of recycled machinery, such as an adornment for a warrior inspired by indigenous art or an astounding iron sculpture titled Hommage aux Esclaves. There’s a story behind every piece, just ask Sylvaine…

Agnès Butor’s love of natural textiles stems from when she learnt to weave in Middlebury, Vermont, when her father taught French literature there. Her extraordinary garments, which are made from gorgeous natural fibres she’s hand-picked around the globe, are luxurious, gorgeous, soft and light to the touch. 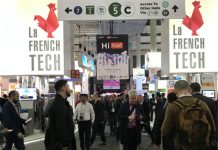 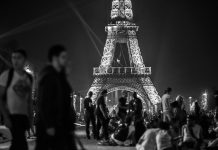 Tips for Planning the Timing of your Holiday in France 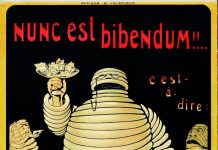 Guide to the Stars: A Potted History of the Michelin Guide