Home Travel Paris Where to See a Movie in Paris: Cinema Pathé Beaugrenelle 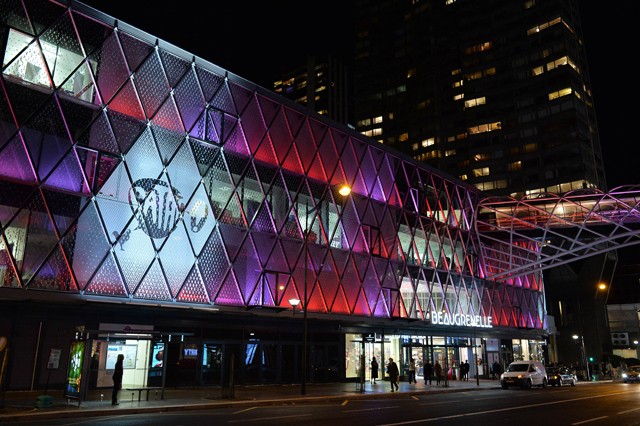 These days all we want to do is to go to the movies. Can you blame us? It’s the Cannes Film Festival! A new movie theatre in Paris that’s getting rave reviews is the Pathé Beaugrenelle, which opened last November in the sparkling new Beaugrenelle shopping center, just a stone’s throw from the Seine in the 15th arrondissement.

City residents have quickly fallen under its spell. For one thing, the multiplex cinema (10 salles) was created by in-demand designer Ora-ïto. “What intrigued me was the idea of the future. I was influenced by Kubrick’s 2001: A Space Odyssey,” he says. “This cinema is an invitation to travel.” Indeed the hall, or lobby area, channels a futuristic airport.

Another strong selling point: the plush chairs, including romantic duos, equipped with drink holders. Top-notch technology means surround sound by Dolby Atmos, and one of the largest screens in Paris (18 metres high).

Forget buttered popcorn; here you can order up flutes of bubbly at the Champagne bar, or Italian gelato. Last but not least: there’s a babysitting service available for kids (between one and 10 years old) with games and ateliers.