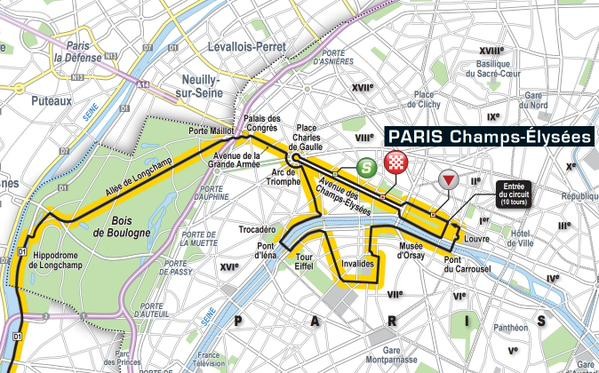 One of the world’s greatest sporting events will soon reach the final stretch in Paris. Superstar cyclists will pedal down the Champs-Élysées in a glorious finish to the Tour de France. It’s been a dramatic year for the famous cycling race- with catastrophic crashes, upsets, and a positive drug test (rider Luca Paolini).

For fans, the arrivée in Paris is a fabulous place to get up close to the action because the peloton- speeding by in the blink of an eye- does multiple loops down the Champs-Élysées. (The riders go around the circuit eight times.) There’s also a giant screen usually set up at Place de la Concorde so that spectators can get a closer look at their favorite athletes.

This year’s route sees the cyclists arrive from the west (from the Bois de Boulogne), as they’ll start the 21st and final Stage in Sèvres, a town 10km outside of Paris. They’re expected to arrive in the city in the afternoon (between 3-7 pm). Best to head out early to stake your claim to a cheering spot. We like grabbing a chair at the end of the Jardin des Tuileries overlooking the Place de la Concorde. For more information, visit www.letour.fr/us/. 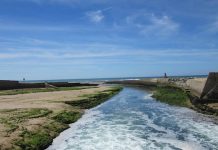