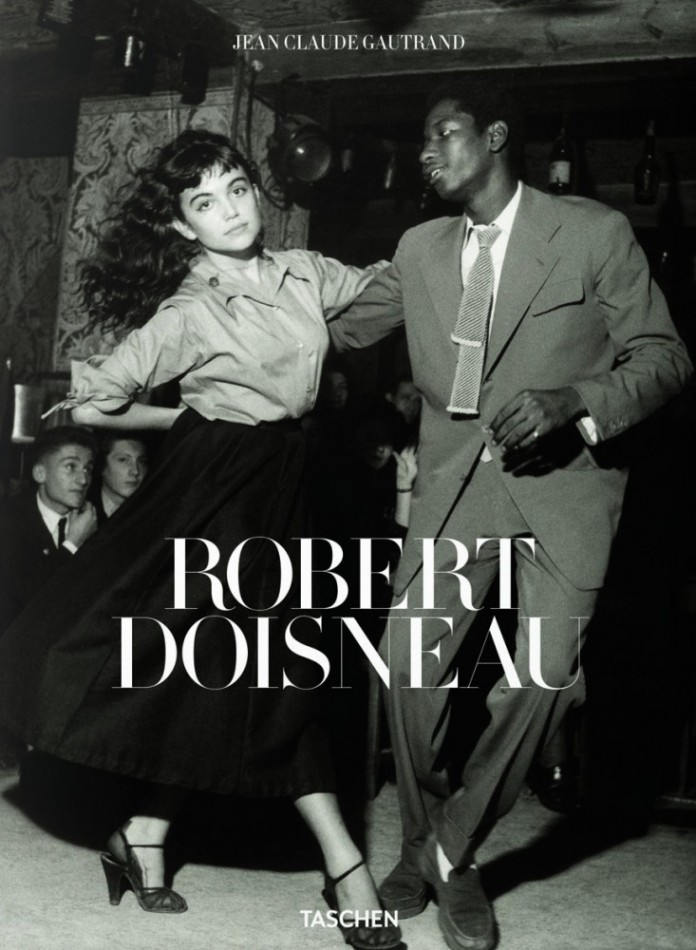 It was in the street, in the famous “school of hard knocks”, that this most popular of French photographers learned his poetry, his tenderness and humour and the compassionate gaze that he lavished on the world around him. His work was long thought to epitomize the Parisian picturesque – the unexpected anecdote and the lovable image – but a more accurate analysis of his six decades of “fishing for images” reveals a depth and thoughtfulness that undoubtedly modify and enrich the immediate impact of his oeuvre.

Robert Doisneau had a supreme sense of those absurd, unexpected situations and subtle twists that transform the meaning of a scene by delicate allusions that quite transcend anecdote. We cannot help but observe that the images created by Doisneau, like those of the comic writers, are more serious than they seem. “There is a kind of pathos about the bride drinking at the bar or the one on the seesaw at Gégène’s”, he noted, adding: “Humour is a feeling of shame for overt emotion. When the scene is too tender – or too cruel – you take refuge in humour to avoid that sense of embarrassment.”

Jacques Tati, Charlie Chaplin, and Raymond Devos number among the world’s great comedians. With them, laughter is a sure-fire reaction, but their drollery conceals a sadness, a bitter-sweet melancholy that leaves one’s smile a little strained. Robert Doisneau belongs in that company.

A number of his images, though very funny, sing a melancholy tune all their own and reflect a harsh and perhaps unconsciously discordant vision of the world and of humankind. This quality brings him close to Jacques Prévert and Blaise Cendars, adventurers of the same ilk, striving to illuminate the cold and cheerless world around them with their rage and compassion. Throughout his long career, Doisneau always excelled both at capturing reality and at softening its edges with a dose of cauterizing humour.

His images have not aged – or at least, if they have, a great deal less than those of photographers considered more modern in their own time but which now seem thoroughly outmoded. No such thing with Doisneau: authenticity imbues his every shot. Each is a veritable self-portrait, instantly evocative of the man himself, his warmth, finesse and bashfulness, his respect for others and, above all, his fraternity. That sincerity always disposed of any trace of pessimism while his instinctive sensitivity allowed him to transform any banality in the situations that his eye tirelessly discovered.

“So few have photographed my little universe that it has come to seem as exotic as a nature reserve with its own astounding brand of wildlife. I certainly don’t find anything to laugh at in these people… even though I myself have a strong desire to keep myself entertained and have never stopped having fun; I have created my own little theatre.” And Doisneau never stopped writing for this theatre. Each image, explains Albert Plécy, “is the start of a short story or a short story in itself. Around the slice of life that it sets before you, you can reconstitute an entire quarter, a town, a festivity, an entire life, an entire epoch…”

Doisneau confirms this: “To see is sometimes to improvise a little theatre and wait for the actors. Who am I waiting for? I don’t know. I wait nonetheless.” As he puts it, “Paris is a theatre where you pay for your seat in wasted time.” And this has been the focus of his entire life.

More a fisherman than a hunter, Doisneau has continued to harvest from the urban macadam a humanitarian bouquet of instants, encounters and backdrops. Whence his interest in “values not listed on the stock market, elements hitherto considered negligible, which the caprices of light bring forth out of the shadows, revealing a new order and displaying their very own beauty and emotional power.” Solitary to the last, Doisneau tirelessly patrolled his own carefully staked-out domain between Paris, Gentilly, and Montrouge, the areas where he had always lived, though he had on occasion ventured beyond its perimeter. There, on his favoured terrain, he excelled in picking those “little dried flowers” that now constitute a “herbarium” of some 450,000 negatives.

Amid the great iconic pictures are a number of pearls, whose discovery gives one the measure of a talent that has never ceased to seduce and dazzle us by its ability to lure into the lens the thousand and one aspects of daily life that are transformed into exceptional instants by Doisneau’s magic, sincerity, and tenderness.

Optimism is what characterizes his warm, committed, lyrical photography, sensitive to human suffering, that emerged in the wake of World War 2. Known as humanist photography, its distinctive qualities are generosity, optimism, appreciation of the simple joys of life and an invincible attraction to both the theatre of the street and the symbolism of scenes that often reflect an admirable social cohesion. It was never a school of photography; it focuses above all on the glances and smiles of people randomly encountered. It reached its apogee in the 1950s and its favourite backdrop was the old streets and shiny cobblestones of his beloved Paris and its suburbs.

This was where Doisneau was born, where his emotional life was rooted and where he began to construct his little theatre. He knew every centimetre of this territory. “For me, walking from Montrouge to Porte Clignancourt is like filling in the dots: I can’t go more than 400 metres without meeting someone I know – the manager of a restaurant, a cabinet-maker, a printer, a painter or just someone in the streets… I don’t like crowds, they frighten me. No, I’m looking for the individual, someone who holds your gaze, someone to talk to from the heart.”

From these encounters, some ambushes in situ, some meticulously staged, arise veritable genre scenes; in the worlds of Jean-François Chevrier, they lie “somewhere between the formal portrait and the instant, they require both the capturing of the protagonists in action (it must be a familiar action) and their participation in the making of the image.” By lending themselves – voluntary or not – to the photographer’s action, each protagonist guaranteed the authenticity of the photograph.

There is no doubt why there is, in all these images, a human warmth, an almost familial atmosphere, that makes the spectator, too, an accomplice in capturing the instant. We allow ourselves to be caught in the delightful  lures of this visual poacher, following him from the old walls of Paris to its bistros, seeing through his lens the jaunty down-and-out and the dancers on the Fourteenth of July, accompanying him from Gégène’s bar to the Tuileries Gardens. Each of these places inhabited by children, lovers and other astonishing personages.

Doisneau excels in recounting the thousand and one miracles of the street because his own roots are in the grim soil of the suburbs where he was born on April 14, 1912: Gentilly. His father, Gaston, was a plumbing surveyor who lost his wife in 1919 and remarried three years later. Hence, Doisneau’s rather disturbed childhood, compounded by a turbulent and undisciplined character.

His eye was already on the street: “I loved the sheer delinquency of my friends from the slums; I had a high old time with them. There were Italians, Ukrainians, Poles and the local blokes, from Gentilly.”

By way of landscape, he had only the little industrial workshops on the banks of the Bièvre. This filthy river – it runs underground today – was polluted by the effluent of the tanneries and chamois-leather factories but remained in his eyes an outpost of nature in a chaotic universe of bungalows, family hutments and blocks of flats under construction. All this was bordered by the zone, a great stretch of wasteland running the length of the old fortifications that used to surround Paris. Grim as this environment was, it was synonymous with freedom, with “playing at setting off on one’s travels in an abandoned car-wreck.” The Poterne des Peupliers, the Porte de Gentilly, the Vaugirard abattoirs, the tunnel of the Bièvre: all these places belonged to areas of Paris that had been meticulously surveyed by Eugène Atget, for whom Doisneau felt profound admiration.

It was a world in which the young Doisneau felt much more at home than in the playground of the state school: “My childhood was these wastelands. My palm tree, my baobab, was the shaft of the gas lamp…”

This excerpt was reproduced by kind permission from “Robert Doisneau” by Jean-Claude Gautrand, published by TASCHEN. For more information, please visit www.taschen.com.