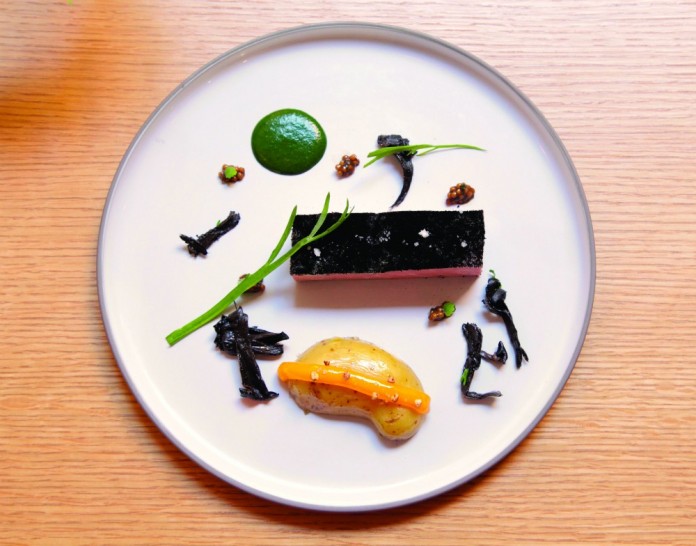 The restaurant scene in Paris has never been more cosmopolitan than it is today, since the French capital continues to attract large numbers of foreign chefs who are eager to test their talents on its citizens, collectively one of the most gastronomically exigent and knowing populations in the whole world.

There are now dozens of Japanese chefs working in the city and also many from the UK, US, Australia, Mexico, Italy and other countries. The other vital component of the city’s ‘culinary pool’ are French chefs who’ve worked overseas and then come home with new skills and a more worldly palate. Notable among the latter are Pascal Barbot of the triple Michelin-starred L’Astrance, who cooked for the head of the French fleet in the Pacific and Australia before returning to France; Gregory Marchard of Frenchie, who did a stint with Jamie Oliver in London and also worked in New York; and David Toutain, who cooked in Spain, New York and elsewhere before opening his own eponymous table in Paris.

The latest repatriating French chef to cause a stir is Vincent Crépel, who worked as sous-chef for the globally renowned Singaporean chef André Chiang in Singapore before heading back to Paris to open Porte 12, a sleek and very chic bistro in the 10th arrondissement last September. Chiang is a minority partner in the restaurant, and also a presence in its tiny open kitchen, through the prism of Crépel’s experience working by his side.

Crépel cooks a shrewdly Asian-inflected tasting menu of five or seven courses (the latter includes a second fish course and cheese), and the results are as fascinating as they’re original and delicious. The dinner I had there with a friend in the low-lit room – its copper-wire chandeliers shaped like dress-maker’s forms, referencing the space’s time as a lingerie factory – began with lightly grilled mackerel with seaweed and cucumber sorbet, a dish which was gentle and teasing but solacing at the same time. That combination is a meme in Crépel’s cooking, as a composition of soy bean sprouts in rice milk with laser-fine slices of cauliflower and shavings of Swiss raw milk Belper Knolle cheese further proved. But he can also be more assertive, as attested by tasting plates of grilled cuttlefish with charred onions and lovage, and yellow pollack accompanied by salmon eggs, butternut squash and Swiss chard dressed in a beautifully made fish fumet.

I thoroughly enjoyed this meal, my only hesitation being that the sommelier is a mite over-insistent when it comes to the wine programme he’s invented. It’s a matter of taste, but I really don’t want seven different wines at the same meal, and so we settled for a very good Côtes du Jura that was perfect with Crépel’s cooking.