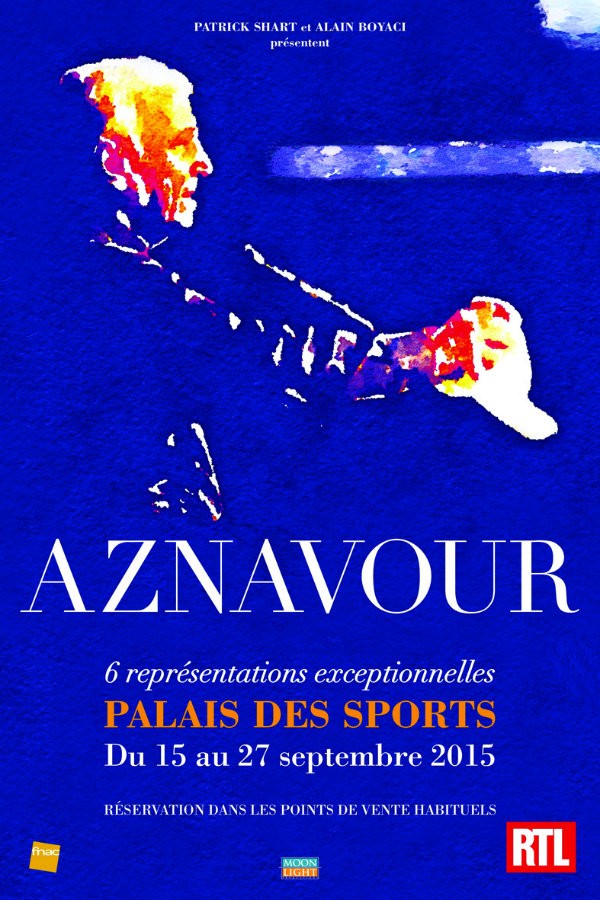 At the age of 91, with the recent release of his 51st album, Encores, French-Armenian singer-songwriter Charles Aznavour is showing no signs of slowing down. To coincide with his latest opus, the godfather of la chanson Française will return to the French stage for the first time in four years – his last appearance was a marathon, 22-date run at the iconic Parisian music hall l’Olympia.

This run of six dates at the Palais des Sports follows a massive world tour, one which saw him perform in prestigious venues from Moscow to Montreal and London to Los Angeles.

Aznavour, often called ‘France’s Frank Sinatra’, is sure to delight the audiences at the Palais des Sports with some of his biggest hits plus new material from Encores, which he composed and arranged himself – its themes covering war, the French Resistance and “places we went to to get drunk”. He’s written over 1,200 songs but says that the chansons he penned for Encores are the first to reference his own past.