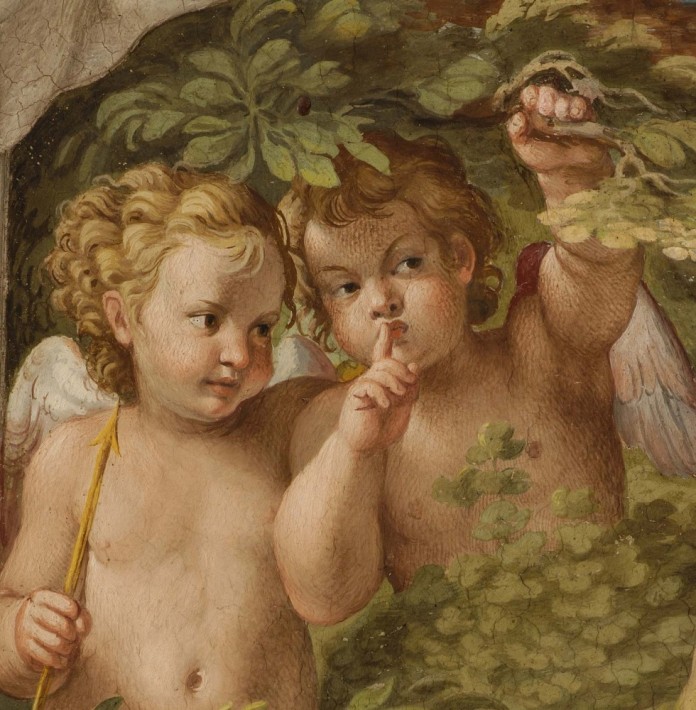 Until recently, the only way to visit the Palazzo Farnese, the French Embassy in Rome and the finest High Renaissance palace in Italy, was to take a tour in French or Italian. But an extraordinary exhibit that ran last year gave the public a rare look at the palazzo’s splendors, and the show’s enormous popularity has prompted the addition of English-language tours.

Alessandro Farnese commissioned the palace as a residence in 1517, but when he was elected Pope Paul III in 1534 his concept for the building expanded. Hiring the finest architects of the era, including Antonio da Sangallo and Michelangelo (whom he also employed to create the Sistine Chapel’s Last Judgment), he created a palace worthy of the powerful and fabulously wealthy Farnese family. In 1597 Annibale Carracci added the palazzo’s crowning glory, a monumental fresco cycle in what is now called the Carracci Gallery. The Palazzo Farnese has housed the French Embassy since 1874.

The tours, which last 45 minutes, visit the splendid courtyard designed by Sangallo and completed by Michelangelo, the garden, Sangallo’s entrance vestibule, the Room of Hercules with its famous tapestries, and the spectacular Carracci Gallery.

English tours are given on Wednesdays at 3 pm through March; starting in April tours will begin at 5 pm. Reservations must be booked online at least one week in advance and all visitors must be at least 15 years old (ID required). €5.