Home Travel Montrol-Sénard: The Village That Has Become a Museum

Montrol-Sénard, a French village that is a testament to years gone by, is situated on the west side of the Monts de Blond. It has little known history. However, the land was definitely visited by the Romans as ‘des tuiles a rebord’, (rimmed tiles) were discovered near to Peyrelade. Without a doubt the richest testimony to the Middle Ages is the cemetery Chapel, estimated to date back to the XIIth or XIII Century. It is a square monument on four pillars with arches between them and sides measuring about 8 metres. The cemetery of Montrol-Sénard is an architectural museum within itself where one can see old white tombs made with the regions granite.

The census of the population

At the end of the XVIIth Century Montrol-Sénard had a population of approximately 1115 inhabitants. The land was poor and the main source of food, rye and buckwheat, was not always enough to feed the village. The farmers reared very few cattle and relied upon blacksmiths to supply their only farming tool. At the beginning of the XVIIIth Century, the parish was made up of two enclaves, one being Poitevine (561 inhabitants of Poitiers), the other Limousine (554 inhabitants).

Nearing the end of the Century the population grew slightly to 1300 inhabitants. However fifty years later in 1836 a census of the population counted just 618 inhabitants, 126 of whom lived in the village (This figure was perhaps even slightly too optimistic as the census was based on the number of people at communion). Amongst these, 169 farmers and 43 agricultural domestics, 4 masons, 2 carpenter, 2 cartwrights, 1 blacksmith, 1 cobbler, 1 ragman, 1 dressmaker, 2 innkeppers, 1 of whom was also a blacksmith.Farmers cultivated 1034 hectares of land, and the animals grazed on 728 hectares of fields. There were 222 hectares of woods, full of chestnut trees.

Two water mills were built on the little streams but in 1836 only the new mill was in working order, the other was in a dilapidated state. There was also a windmill, of which twenty five plots of land were named after it.

During the years just before the Second World War, the number of farmers had already started to decrease (174) and many craftsmen had disappeared. Only 618 inhabitants remained and ever since this number has continued to fall. Nowadays the population has fallen to just 226 ( a decrease of 75%).

The Mayor of Montrol-Sénard, Louis Barrier, the president of the tourist office, M Denizou, and organiser M Bobet, helped by many voluntary workers spend a lot of time and effort in promoting and bringing to life their village and community. So much so that Montrol-Sénard has become the perfect example of a ‘village-memory’ in the Limousin.

Classrooms, bread ovens, living spaces, attics, barns, farms, workshops have all been restored and furnished to emphasise the authentic traditions of the past. It is fascinating to discover the history, the traditional architecture, the lifestyle of the village. Each year it is just this that attracts hundreds, even thousands of tourists and locals that come to discover the village.

Many inhabitants having left to find work in the towns have left behind them many objects now regarded as souvenirs and memories. The Church is also well worth a visit. Built in the XIIth and XIIIth Century, with the beautiful Limousin gates, the huge Church bell facing South and the original Crucifix dating back to 1730.

There are many other little villages to discover surrounding Montrol-Sénard, including Chantecouder, Montmézéry, Montrocher, Puybras and La Valette which are all full of rural architecture. Sadly many of the original wells have either disappeared, been closed down, or have simply become ruins. There are still a few wells dating back to the sixties that can be visited, when villages did not yet have access to mains water.

Visitors are encouraged to admire the exceptionnal panoramic views: above the cemetery, at the Rochers des Bouchets, and at Montmézéry.

Those who enjoy walks in the countryside can follow two footpaths (6 and 12 km) which will lead you through valleys, forests and villages. Montrol-Sénard is also the land of legends and myths, as is all the Massif de Blond, where you can discover stones and rocks all carrying a story. (La pierre Servière-near the village, le Pas de la Mule and Bouchets).

Spend some time with nature, walk, listen, observe and discover Montrol-Sénard and it’s countryside…before heading towards nearby Mortemart. 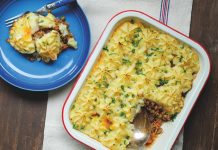