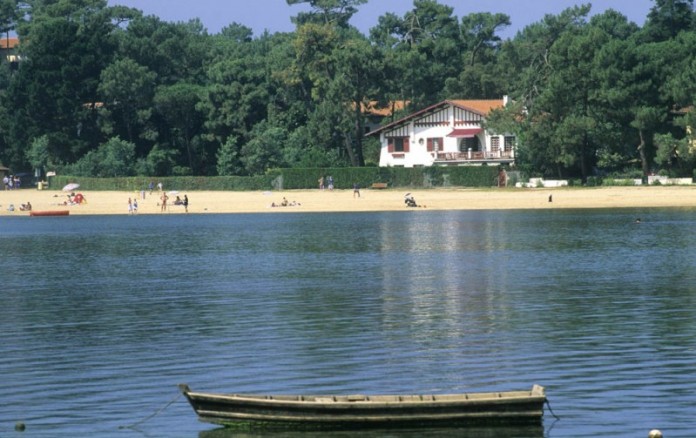 If I close my eyes tightly enough while sipping a demi-citron in the heat of the midday sun, I can almost hear the sea crashing on the shore at Biscarrosse Plage. And if I let my imagination run wild I can see the hoards of surfers riding the waves that ripple and crest along the Atlantic coast of the Landes as far as the eye can see. It was there that I drank my first French beer, and fell in love, during my first year studying in France.

During my time at the university in Toulouse, I used to hitchhike to the surfer’s paradise at every given opportunity to explore the coast. And in the eyes of a romantic college student, it was a truly magical place.

Fast forward a decade and there I was making another foray, intrigued to see how the Landes would look to someone now grown older and more accustomed to the charms of France’s countryside and coasts.

I was not disappointed. The beaches were still as wild and as unspoiled as before, the lakes encircled by pine forest still as sweet-smelling and the locals still as fun-loving and friendly— even if no one seemed quite as handsome as my surfing hero was way back when.

The Landes is one of the four départements that make up the Aquitaine region in southwest France. (The others are the Gironde, Lot-et-Garonne and Pyrénées Atlantiques.) It covers a small part of the former province of Gascony—a province made famous, of course, by Alexandre Dumas’s daring Gascon and fourth musketeer, d’Artagnan.

Although it’s still fairly unknown to foreigners, the Landes is hugely popular with French vacationers, and Parisians looking to buy a maison secondaire. It also offers food lovers a host of wonderful local delicacies, including foie gras, truffles, Bayonne ham and oysters farmed in the waters off the coast, along with local wines and golden amber armagnac

Access to the Landes from Paris is easy, which partly explains its popularity among Parisians. The département is directly linked to Paris via the TGV, which runs from Paris to the historic spa town of Dax in only four hours. There is also an international airport in Bordeaux, which is only about an hour from Biscarrosse beach.

Biscarrosse is part of the Côte d’Argent, the Silver Coast that stretches along the Atlantic for some 145 miles, from the Gironde Estuary near Bordeaux to the mouth of the Adour River in the Basque Country at Bayonne—miles and miles of wide, white, sandy beaches, tall dunes and the largest forest in Europe.

Around two thirds of the département, in fact, is covered by aromatic pine forest. The remaining area is divided between the Chalosse, hilly green countryside where livestock thrive, and the Tursan, home to the region’s vineyards. The principal town and the administrative capital of the Landes is Mont-de-Marsan, midway between the Atlantic Ocean and the mountains, with a population of 32,000 and a mild microclimate that welcomes palm trees, magnolias and oleander along with the forest pines.

Property prices in the Landes rose sharply between 2003 and 2006, but since then have remained fairly stagnant, with prices in some sectors even falling over the last 18 months. Compared to other coastal areas in France, prices here are positively bon marché. “The market is moyen this year, and I think it’s going to get even more difficult in the immediate future,” said one despondent real estate agent in the town of Biscarrosse.

Biscarrosse Plage is situated about halfway along the Côte d’Argent, about 20 miles south of Arcachon and the Dune du Pyla (or Pilat), Europe’s highest sand dune, with a constantly varying height well over 330 feet.

Still very popular with surfers, Biscarrosse has its own Ecole de Surf. There is also a lot of horseback riding in the area, and a number of beautiful lakes circled by great tracks for cycling or walking. The town itself has a village atmosphere, with local residents congregating in the large square, Place Dufau, in the evenings to chat, drink and dine.

I was delighted to see that the ambiance that mesmerized me in my late teens had not lost its laid-back charm. It does surprise me, however, that not many other foreigners have discovered it. A spokeswoman for the La Landaise real estate agency says most of the properties she has sold were to local people or to Parisians. “The area is known among the French but it’s not really a tourist destination for foreigners. They don’t know the wonderful things the Landes has to offer.”

A six-bedroom villa near the sea, she says, would cost around €400,000-€500,000, while a two-bedroom bungalow a minute’s walk from the beach recently sold for €168,000. The bungalows also make an excellent buy-to-rent investment, since they can be rented out during the summer months for up to €1,500 a week, depending on the amenities they include.

The real estate story is similar in the other popular surfer and beachcomber hangouts, Hossegor and Capbreton, where the great waves are renowned the world over. A two-bedroom apartment overlooking the port at Capbreton, just 15 miles north of its more expensive neighbor Biarritz, is currently on the market for €268,000.

Inland, prices are even more appealing, says Janet Langman of Landes-Pyrenees Properties. Langman and her family moved to the Landes almost seven years ago from their home in Derbyshire, England. “There is a very strong regional identity here,” she says, “which we like, and we are near the sea, Spain, and the mountains.”

“The countryside is very like Devon,” she adds, “with green, undulating hills. There are lots of local events, but it’s not very touristy—it’s more of a living place where most of the local people earn their living by farming.”

Langman says that her own sons, now aged 18 and 20, are still living in the area, they love it so much, and that there is a growing expatriate contingent which tends to integrate well into the local community.

“We have found the schools marvelous, with the local kids being really helpful. There has never been a problem with bullying or exclusion,” she added.

For Langman, the towns of Amou and Hagetmau in the Chalosse stand out as wonderful examples of inland living in the Landes. Amou is a small town with around 2,000 inhabitants only a short drive from Dax, whose thermal waters were first discovered by the Romans. Hagetmau is slightly bigger, with a population of around 7,000, and it boasts all the characteristics of a prosperous market town. Here, three-bedroom village houses can be snapped up for just upwards of €100,000—bargains by any standards. And in the outlying areas you can get even more for your euro. There is currently a four-bedroom detached house with 8,000 square feet of land on the market for €123,000.

Originally published in the July/August 2010 issue of France Today