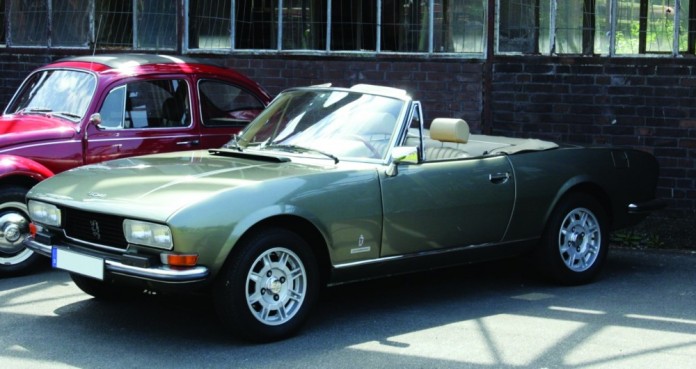 A spectacular trove of classic cars was discovered on a farm in western France in late 2014. Around 60 rare vehicles turned up in this ‘barn-find’, many dating from the 1930s, 1940s and 1950s. The rarest of all, a 1961 Ferrari California SWB, was valued at $18.5 million. The collection included a number of French vehicles, which pay great testimony to the art of Gallic coachbuilders – in the 1930s many cars were heavily customised and finished to each client’s specifications, which also increases their value. The cars were auctioned on February 6, and achieved 2,4,6 and sometimes 10 times their estimates, including two world record prices. (The total was in excess of $28 million.)

France has produced numerous stylish and interesting cars over the last hundred years – some are hidden away in prized collections of rare models, while others can still be seen in everyday use, especially outside Paris. But can you put a marque and model to each of France’s vintage voitures? Take our fun quiz and see if you can recognise some of France’s finest classics. You never know what you might find the next time you peer into an old French barn! Apologies if we have missed your favourite in our selection – it’s tough to whittle it down to ten! Simply match the description to the picture and check your score at the end to see how well you did.

1. Considered one of the coolest new designs of the 1970s, this high performance coupé fused French styling with a Maserati engine. However, despite early plaudits, it failed to sell, was declared illegal in the US and production lasted just four years.

2. The designers of this 1990s model said that they “wanted someone walking around the car to be continually astonished”. And although it didn’t sell very well and has been out of production for some time, the design does indeed still turn heads. This was a car ahead of its time, one which tried to be a coupé/MPV crossover at a point when buyers were more conservative, which just goes to show that the French have never been afraid of bold and ingenious design.

3. One of the most iconic cars ever built, this Gallic favourite was first conceived as a simple post-war vehicle to motorise the French farmers who were still heavily reliant on the tractor or horse and cart. Simplicity  has always been the essence of the design. A very lightweight chassis with an air-cooled engine and easy-to-fix mechanicals ensured that production continued for over 40 years.

4. This car was a 1960s attempt by a well-known French manufacturer to create an economic vehicle for the whole world, which would emulate the successes of the Volkswagen Beetle and the Fiat 500. The result was a highly likeable, four-door saloon which went on to sell two million units in just ten years. It was notable also for appearing in many pastel colours, with interesting interior textiles, in an early attempt to appeal to the buying influence of the female of the household!

5. This luxury grand tourer of the 1950s was produced by a small independent maker and marries European styling and  ultra-comfortable interiors with the brute force of big Chrysler engines. Beloved of movie stars and Saudi princes, its limited numbers and short manufacturing run ensured endless desirability. Albert Camus tragically died in a crash in one of these cars, while being driven by his publisher.

6. First built in the 1930s, this iconic car boasted a unitary monocoque chassis (while other manufacturers were still building ‘coach-style’), impressive handling and comfortable suspension. The chassis design allowed for a low-slung, rakish profile. A sought-after car that’s still reliable and robust to drive, they can be seen in old movies, often driven by members of the French Resistance.

7. In the late 1960s and early 1970s, this fast, low-slung and sporty-looking car was king of the rally scene, its victories including a 1-2-3 finish in the famed Monte Carlo rally. Its manufacturer had developed many skills and much know-how – fine-tuning engines and using carbon fibre bodywork to create racing cars which were both quick and strong. With its rear-mounted Renault engine, this model looked promising and mass production beckoned but, unfortunately, the oil crisis intervened and the company was bought out.

8. Although based on the chassis of a rather boxy, sedate but successful saloon, this pretty, four-seat, Pininfarina-designed cabriolet has become a collector’s item. It’s less of a sports car than a cruiser – of European boulevards, mainly, as it was never officially sold in America. Comfortable suspension and modest performance make this car a pleasant drive but it’s those timeless looks which win admirers even now, exactly 40 years after production ceased.

9. Many people’s favourite French car, not only for the elegance of the design but also for its ultra-smooth ride. Produced for over 20 years, during the 1950s and 1960s this became a symbol of French national post-war pride, favoured by film stars, entrepreneurs and French presidents alike as a discreet and stylish mode of transport. This model’s ride, quality and handling were outstanding for its time.

10. This stunning sports tourer, with its sweepingly aerodynamic body, was built in the 1930s by one of France’s earliest automobile manufacturers. Competition success followed, at the Mille Miglia and the Le Mans 24 Hours, which ensured that this model remained desirable enough to command sales until the mid-1950s. A number of versions were built but it’s probably the cabriolet variant that still turns most heads. A very valuable classic in today’s market.

How did you do?

0-3 Hmmm… clearly your priorities lie elsewhere and you probably just enjoy the simple pleasures of getting from A to B without too much concern for the vehicle that gets you there!

4-7 Pas mal – mais fait attention! Have you got one eye on the road and the other on the cars which are travelling in the opposite direction?

8-10 Petrolhead alert! Some of these were for the purist and you spotted them. You are probably reading this on your way to Le Mans or Monaco! 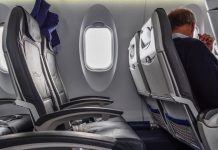