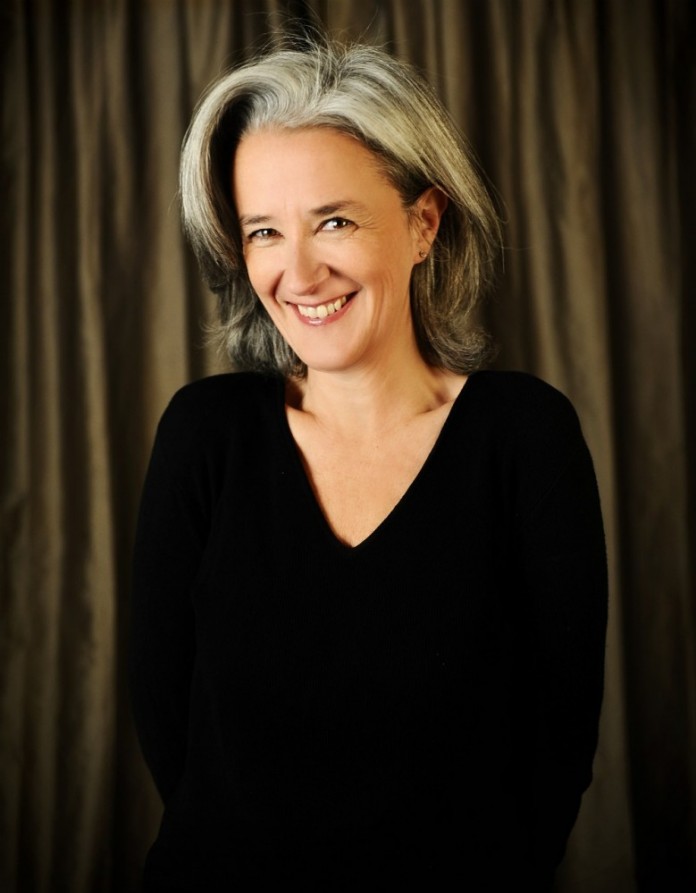 You really can’t judge a book by its cover—especially if Tatiana de Rosnay wrote it. Almost unknown a few years ago, the author of Sarah’s Key has recently joined the privileged club of internationally acclaimed French writers. But she remains a mystery in her own country: Who is this rising star, with her distinctive smoky grey hair and impish smile? Not the bourgeoise I thought she would be when I set out to meet her at the historic Sélect café in Montparnasse. Instead, I discovered a refreshingly candid woman in her late 40s, constantly plugged into her cell phone, her Twitter followers and her Facebook account. “I am definitely a geek!” de Rosnay unabashedly admits. “I’ve always liked this idea of virtual community, and it’s a very good way to stay linked to my readers.”

As she speaks, de Rosnay often switches from French to English—not so odd for a woman of multiple roots, born in posh Neuilly-sur-Seine. The daughter of Joël de Rosnay, an acclaimed biologist, and Stella Jebb, an English aristocrat, she has always been comfortable with both languages. “At home, we spoke either French or English. The same is true now with my own children,” she says. During her teenage years she wrote poems and diaries in English—now kept in her basement, she says, labeled “Never to be published”—and she studied creative writing in England, at the University of East Anglia.

But after her marriage to a Frenchman, Nicolas Jolly, in 1992, she returned to France and began a career as a journalist for Vanity Fair and Elle. The same year, she published her first novel, written in French, a domestic drama titled L’Appartement Témoin. Despite a few good reviews, the book went largely unnoticed, not unlike her next seven novels. “It was quite depressing at that point. My readers included my mother, my sister, my husband, and that was about it,” she recalls now with humor.

Everything changed with her ninth novel, Sarah’s Key, the first written in English. “When I showed my husband the first 30 pages, I was surprised it took him so long to read them. ‘But Tatiana, it’s in English!,’ he protested. I hadn’t even noticed…” Maybe it was because English is the native language of the novel’s protagonist, Julia Jarmond, an American journalist in her 40s. Julia is covering the 60th anniversary of the roundup at the Vélodrome d’Hiver, the mass arrest of more than 13,000 people, mainly Jews, who were herded into a cycling stadium in Paris in 1942, most of whom were deported to Auschwitz. Among them was Sarah, a 10-year-old girl whose story haunts Julia. The journalist decides to find out what happened to her, a long and riveting quest that results in shocking discoveries.

Though highly compelling, the novel was rejected by her usual publishing house, Plon, as well as several others, because it wasn’t written in French. The author had to wait a few years before the unpublished novel came to the attention of publisher Héloïse d’Ormesson during a routine interview for the magazine Elle. Published in France in 2007 under the title Elle S’Appelait Sarah, the book was a worldwide hit: Translated into 35 languages, it sold more than 3 million copies and stayed on the New York Times best-seller list for 72 weeks. In 2009, de Rosnay rose to eighth place among bestselling writers in Europe, behind Stieg Larsson and Stephenie Meyer but ahead of stars Henning Mankell and John Grisham.

“Success was very unexpected for me, and it was quite difficult to live with at first,” she says. “Sarah’s story pushed many people who lost relatives during the Holocaust to contact me. I had much less time for my family, and I didn’t want my home life to suffer from my absence. But now I take it in stride, and I’m happy to share my novels with as many readers as I can.”

De Rosnay’s next novel was A Secret Kept, a moving family story (translated as Boomerang in French), and Sarah’s Key was adapted for the cinema last year as a brilliant drama starring Kristin Scott Thomas. Three more of her novels are expected to hit the screen over the next few years. But the author’s work has also met with criticism, especially about the quality of her style. She concedes: “I’m not a stylist. I consider myself more a writer of popular fiction. I want to create stories that people can really get into.”

Her newest novel, Rose, is already an early spring hit in France. Again written initially in English, this historical work evokes Paris under the Second Empire and the grand urban redesign ordered by Baron Haussmann: Rose, an aging widow living in her family home in a small street near the church of Saint Germain des Prés, receives a letter announcing that her home is slated for destruction to make way for the new Boulevard Saint Germain. “I had the idea for this novel 15 years ago, after seeing pictures of streets now forgotten,” she explains. “It contains my two obsessions: memories embedded in the walls and family secrets.” Rose recounts her story in the form of a long letter to her deceased husband, and to better capture Rose’s spirit, and the atmosphere of that Paris of long ago, de Rosnay says, she wrote the book in longhand, with a pen,
sometimes even by candlelight.

Two years ago, Tatiana de Rosnay found herself in a Kafkaesque situation when asked to prove she was French. Planning a trip to the United States for the filming of Elle S’Appelait Sarah, she needed to renew her passport. But a new law had just been passed. Now, even if you were born in France to French parents, if your parents themselves were born in a foreign country, you are required to prove your nationality.

“I discovered then that I had never really been considered a true French citizen,” she recalls. Tatiana’s father is a Frenchman born in Mauritius, her mother an Englishwoman born in Rome, who acquired French nationality when she married. Tatiana’s own marriage to a Frenchman was too recent to automatically grant her French citizenship. Puzzled and angry about the unexpected turn of events, the author was summoned to the new Pôle de la Nationalité Française, where she was asked to provide the birth certificates of her parents and grandparents, their marriage certificates and several other documents, including her latest income figures. “When your nationality is in question, what you’re asked to deliver is your entire life,” concludes de Rosnay. After no fewer than four meetings, she finally obtained the precious certificate validating her nationality. But her case, widely covered in the media, vividly illustrated the nightmarish state of affairs for hundreds of other people affected by the law, including famous artists and Holocaust survivors.