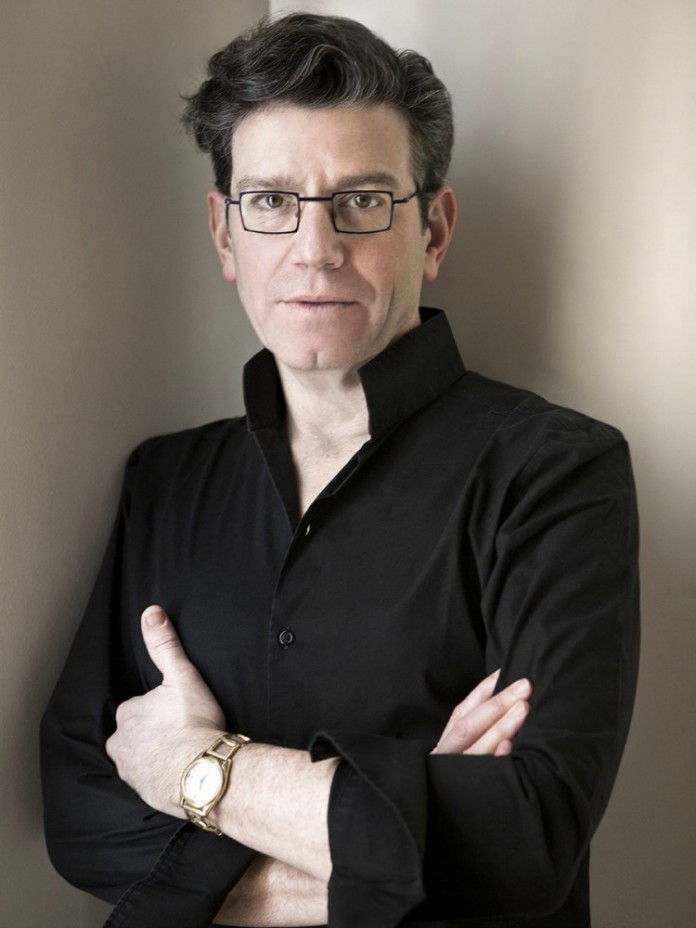 Describing Robert Carsen and what he does for a living isn’t simple. French journalists, he says with a grin, “always refer to me as ‘le metteur en scène canadien’–the Canadian director. I never quite know what that means.” Indeed, since Carsen left his native Canada for Europe some 30 years ago, and today has homes in Paris and London, his nationality seems as indeterminate as his mid-Atlantic accent. And “opera director” isn’t half-sufficient to describe someone who has also directed Oscar Wilde plays, collaborated with composer Andrew Lloyd Webber on two stage musicals, created a Wild West show for Disneyland Paris and produced the Cannes Film Festival’s 60th anniversary ceremony. But Carsen is indeed an opera director—one of the most prolific of his generation.

Take his fall and winter schedule. In November he was at the Deutsche Oper in Berlin rehearsing Prokofiev’s Love of Three Oranges, which opens December 9th. Before that run is over, he leaves for Milan to launch the 200th anniversary celebration of Verdi’s birth with Falstaff at La Scala. He then heads to Strasbourg for his new production of Janacek’s The Cunning Little Vixen at the Opéra National du Rhin, opening in February, and after that to Baden-Baden for another new production, Mozart’s The Magic Flute, slated for March.

A different opera in a different city in a different country every month—it’s enough to make an observer’s head spin. Perhaps it’s all that time spent in a world of multilingual artists with extraordinary stamina often dressed up as demigods, but Carsen seems to effortlessly float among disparate projects, countries and languages—he speaks four fluently. “It is a strangely un-rooted life,” he says.

“I always say I live in London and Paris and out of my suitcase, but there’s more out-of-the-suitcase than anything else.” His current agenda is actually less packed than last year’s, when in addition to his opera work he was simultaneously designing two of the most sprawling, engaging and delightfully unconventional art exhibits in Paris, both opened this past September: Bohèmes at the Grand Palais (through Jan 14) and L’Impressionnisme et la Mode at the Musée d’Orsay (to Jan 20, then moving to the Met in New York and the Chicago Art Institute). “Last year,” he says, “was really crazy.”

Pushing his limits seems to be a way of life for the 58-year-old Carsen, as do leaps of blind faith. In his second year at university in Toronto, he recounts, he got up in the middle of final exams and walked out, went home and told his mother he was getting on a plane the next day to find a drama school in England. “I like a challenge,” he says. “I’ve always liked entering into realms that are unknown to me.” While museum exhibitions are new for Carsen, in many ways his 20 years in opera have been perfect preparation.

One key to his success is a belief in the words of Baudelaire, “Chaque art était moderne à son époque.” Whether it’s a baroque opera or a 1990s musical, “for me everything is modern, because everything was modern when it was made,” he says. That conviction led Carsen to tackle Leonard Bernstein’s comic operetta Candide for Paris’s Théâtre du Châtelet in 2006. The operetta, first performed in 1956 and much revised ever after, had never been a huge success. But Carsen believed the tepid reception was mainly because of the 18th-century satire in the Voltaire novella on which the operetta is based. “If all the references in the satire are meaningless to a modern audience, how can the piece be made to work?” Carsen asked.

Bernstein and librettist Lillian Hellman intended Candide to be a veiled attack on US Senator Joseph McCarthy and his anti-Communist witch-hunt. So Carsen transformed the stage into a giant 1950s-style TV set, and placed the action in the McCarthy era. Such radical recasting of famous works has made him controversial, but he says his only concern is his audience. “Being controversial or provocative is too easy, that’s of no interest to me,” he says. “My interest is to try to bring the work to life.”

That’s certainly what he does for the Paris exhibitions. L’Impressionnisme et la Mode displays both paintings and sumptuous period clothing to document the ways Impressionists captured fashions in their revolutionary scenes of modern life. Carsen designed a red-carpeted catwalk, where the fashion models are enormous paintings of beautifully gowned women, including Manet’s La Femme au Perroquet (1866) and Monet’s Madame Louis Joachim Gaudibert (1868). Rows of gilded couture-house chairs line the walls, reserved for guests such as Madame George Sand, Monsieur Louis Pasteur and scores of artists, writers, musicians, socialites and courtesans of the day.

With Bohèmes—which explores the idea of “bohemians”, from 15th-century gypsies to artists in Montmartre—Carsen’s settings create palpable atmosphere. In a sordid bohemian garret, peeling wallpaper highlights the defiance in the bearded faces of Courbet’s Homme à la Pipe (1846) or Emile Deroy’s 1844 portrait of Baudelaire, the archetype of a penniless, unshaven bohemian rebelling against the bourgeois code. Another gallery resembles a 19th-century artist’s atelier, complete with potbellied coal stove; it’s the setting for Cézanne’s Le Poêle dans l’Atelier (c. 1865) and Delacroix’s Coin d’Atelier, Le Poêle (1830). A gallery with café tables and a bar could be the Lapin Agile, Le Chat Noir, or any Montmartre cabaret artistique, where Henri de Toulouse-Lautrec might have painted his one-night muse La Grosse Maria, Vénus de Montmartre (1884).

Compared to conventional exhibitions, Carsen’s stage-set shows are eclectic and unorthodox. But Carsen comes to the job with a different set of tools than art historians. “I don’t really make a difference between working on exhibitions and operas,” he says. “What I’m most interested in is creating an experience that is as intense as possible.”

Carsen’s approach is a combination of intellect and emotion, of concrete and abstract. “Opera is unique because it combines the written word, the libretto, which is essentially an intellectual exercise, which is tempered by the emotion of the music. As a director you have to work at addressing that balance to get the experience to be as satisfying as it can be. An exhibition is no different.”

Carsen seeks that balance in his exhibitions by layering many elements, as he does in his operas. “The word opera, you have to remember, is the plural of the Latin word opus, meaning works, so by definition you’re putting together numerous different things. For me to create an experience which is as intense and as satisfying as possible, it has to be multi-layered.” At the Orsay, the first room presents period newspaper clippings, fashion magazines and a parade of gorgeous dresses, documenting the rise of department stores and the democratization of fashion that coincided with Impressionism.

For Bohèmes, the walls are covered with Romany proverbs, poems by Baudelaire and Apollinaire, letters between Rimbaud and Verlaine; there’s a copy of Victor Hugo’s Hunchback of Notre Dame and handwritten pages from Puccini’s original score for his 1895 opera La Bohème with recorded arias from it playing in the background. “If you have the time to read and filter all that, it makes you forget where you are, forget you’re in a museum, and I think that’s why people go to exhibitions.”

Which is why he ignores critics who scoff at his covering an entire gallery of the Musée d’Orsay with artificial grass. “I went yesterday and was just delighted to see how people were traveling through the place, sitting on the grass, on the benches, and really engaging with the works of art,” he says. “The atmosphere was helping them to connect. I think that’s what a director’s job is, to be like a bridge between the original work and the audience.”

Wherever he globe-trots, Carsen always returns to Paris, the city that has perhaps always given him the warmest welcome. “I live at Odéon, and I love it,” he says. “I’m very much Rive Gauche. Of course most of the bookstores and small galleries have disappeared, but…I just love the streets here. It’s a neighborhood I’ve always known. I suppose you like what you know.” Maybe Carsen does have a nationality of sorts—Parisien.