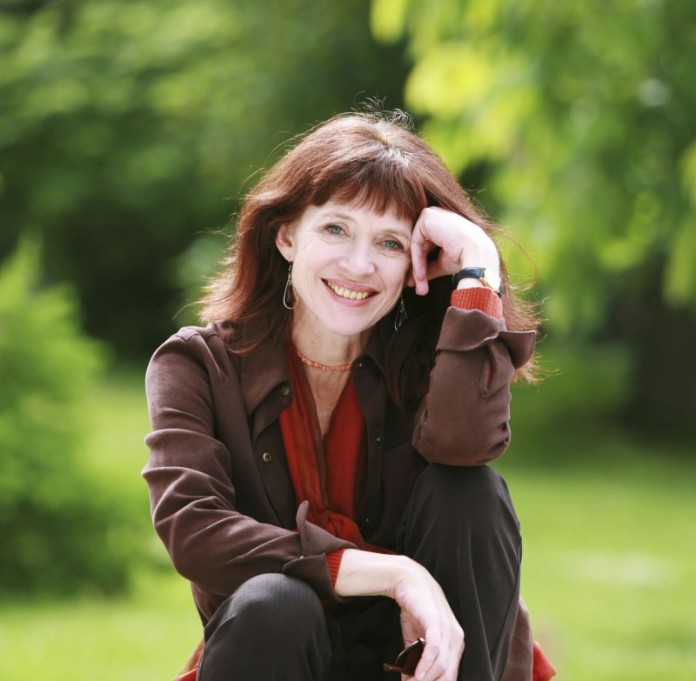 The neighborhood is classy, but not snobbish—she’s too much of a rebel for that. For the last several years, writer Nancy Huston and her husband, the respected linguist Tzvetan Todorov, have lived in the Greenwich Village-style 5th arrondissement, a few steps from the Jardin des Plantes and the Jussieu University. The 54-year-old and still beautiful Huston also keeps her own office one floor up—a matter of independence.

Both Huston and Todorov, well-known in France for their literary works and their political commitments, could epitomize French intellectuels. But neither is French—he is Bulgarian, she is from Canada. Not a coincidence, though. Like many expatriates, Huston might have felt the need to share this experience of difference. In her office, packed with books and art works, she shows a beautiful black-and-white picture of Romain Gary, her favorite writer. “I feel he is a brother to me,” she says, in her smooth voice and slightly accented French. “He was the first one to show me how literature could help you deal with the multiple identities you build when you’re a foreigner. And how you could also, this way, get over the traumas you might have experienced when you were a kid.”

Born in 1953 in Calgary, Huston’s childhood was marked by the sudden desertion of her mother when she was six. She and her father remained in Canada until she was 15, when they moved to the United States, first to New Hampshire, then New York, where she went to Sarah Lawrence College. “It was the beginning of the 1970s, and there was still a strong political sentiment among young people. I met the hippie movement, but I was not as concerned then as I would be a few years later.” Offered the opportunity of spending a school year abroad, Huston took off for Paris and the prestigious EHESS—the School of Higher Studies in Social Sciences. “I was fascinated by the tremendous activity of French intellectuals back then. I felt like a little girl, with everything to learn.” She studied with famed psychoanalyst Jacques Lacan and critic Roland Barthes and eventually decided to stay in France for good. “I was in love with another student,” she says, “but even when that relationship ended, I knew I didn’t want to go back.”

French into English, and vice-versa

Almost from the beginning of her life in France, Huston began committing herself to various causes, from political activities to major support of the MLF (Movement de Libération des Femmes), France’s women’s movement. “After all these years, I’m much more critical of my leftist engagements than my feminist ones,” she says. “Feminism truly remains one of my biggest concerns. People always refer to Simone de Beauvoir when they speak about feminism in France. But my opinions have always been far different from hers. I’ve always thought that women should be proud of their bodies and of their feminine particularities, such as giving birth or taking care of their family—the kind of things Beauvoir always despised.” At the same time she started to seriously work at writing, first with essays, then with novels, beginning with the highly acclaimed The Goldberg Variations in 1981, an exceptional work on music and otherness. In the beginning, she chose to write her books first in French. “I liked the fact that French was not my native language, it kept the text distant enough from me. But after a few novels, I felt I needed to get back to my roots and start to write in English.” In 1993, she completed Plainsong, her first novel written directly in her mother tongue, only to find it refused by English-language publishers. She was forced to translate the book into French in order to find a publisher, and discovered that the result was even better. Since then she has continued to write in both languages, depending on the “themes and nationalities of the characters,” and then doing the translations herself. “I might be one of the only writers to do that, I guess. But it has become one of the key parts of my work.”

In her books, many themes keep reappearing, including music—she plays the flute and once considered a career as a professional musician—but even more often a descent into darkness. “Which is very strange, actually, because I’m a truly joyful person in life,” she says with a smile. Over the years Huston has published a dozen novels and the same number of essays, most of which have appeared in both English and French. Her last novel though, Lignes de Faille (Fault Lines) is still absent from American bookstores. A brilliant epic about four generations of children in the same family confronted with war and family issues, it was awarded France’s Femina prize in 2006, and so far has sold more than 100,000 copies. “My North American publisher, Kim McArthur (McArthur & Company, Toronto), liked it,” she says, “but there were a few pages which might be too shocking for an American audience. Especially the first ones, with the child who is addicted to violent pictures of torture in Iraq.” Tentatively named Birth Marks for Anglophone audiences, for the moment the prizewinning novel remains unpublished in English.

Despite her soft, almost fragile look, life-long activist and rebel Huston hasn’t lost her taste for provocation. Last year, she did her part for a protest against overpopulated jails in France by sleeping in a prison bed set up right on the square in front of Paris’s City Hall, the Hôtel de Ville.

Originally published in the April 2008 issue of France Today