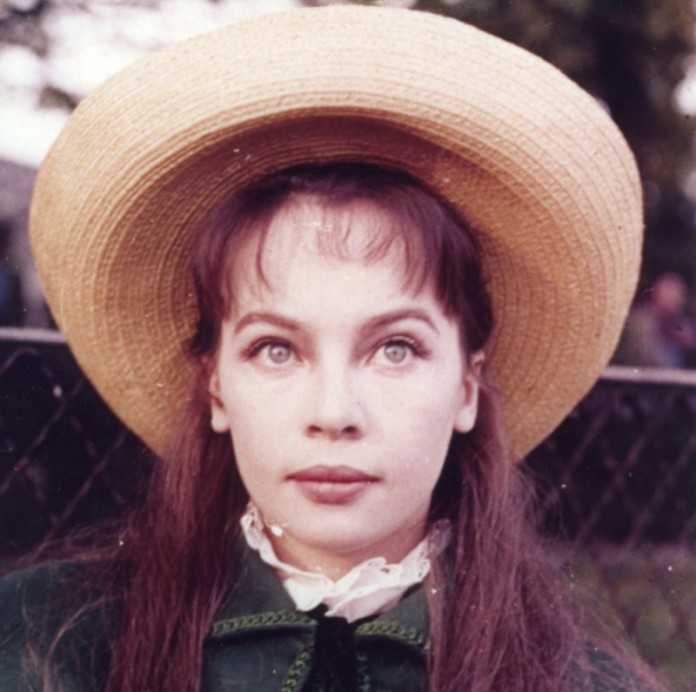 In a magically memorable movie moment in 1951, French-American actress Leslie Caron danced her way into millions of hearts as Gene Kelly’s ballerina ingénue in An American in Paris. Within the next several years, Lili, Daddy Longlegs with Fred Astaire and her enchanting incarnation of Gigi propelled her into full-fledged Hollywood stardom while she was still in her early 20s.

The story of the action-packed years since—the successes and setbacks, on screen and off—is recounted in Thank Heaven…, a candid autobiography published in the US by Viking in December 2009. Sitting in her elegant Left Bank apartment, now over 70 and still lovely, Caron admits to being “exhausted, but exhilarated” after a seven-city tour to launch the British edition of the book.

Leading men and lovers, three husbands, inspiring directors and celebrity friends, the insider life of the studio star system, triumphs on screen and stage, depression and recovery—there’s a lot to tell, and Caron, who wrote the memoir herself, relates it with both verve and style.

Born in the Paris suburb of Boulogne in 1931, she may have inherited her balletic prowess from her American dancer mother, who abandoned Broadway success to marry Claude Caron, a charming French chemist. His family was well-to-do, and Caron describes her childhood as idyllic, divided between a townhouse in the chic Paris suburb of Neuilly-sur-Seine—with butler, chef, governess, chauffeur and maids—and a country estate in the Pyrenees.

In 2003, she played the grande dame of the aristocratic French family in Le Divorce, the Ismail Merchant-James Ivory film version of the Diane Johnson book. “I based my character entirely on my grandmother,” says Caron. “She was rather snobbish and very anglicized. Her grandchildren called her Mamy (Mah-may—to her it had a British ring, like what she called ‘Fifth o’clock tea’ “.

As she points out in the book, Mamy was also quite capable of ignoring her grandfather Papy’s peccadillos. “Women of that class show a remarkable steadfast behavior. I’ve known many people who would go out because they said they would, and spend the evening with a smile on their face, so you would never know the tragedy they are keeping from you. I call that courage.”

World War II ended her childhood idyll, but during the difficult years in occupied France, Caron discovered her talent for classical ballet, and revealed an unconventional, determined character by resigning from the prestigious Conservatoire de Paris because she didn’t fancy the “bunny rabbit” look of short ruffled tutus. She pictured herself instead like her mother’s idol, legendary dancer Anna Pavlova, in a knee-length skirt and romantic chignon. Her great friend and mentor, famed French film director Jean Renoir, described this trait as the “the Joan of Arc” in her.

It turned out to be a brilliant move. Soon she was dancing solos for Roland Petit’s Les Ballets des Champs-Elysées, a new company that was the toast of Paris. Stunning as the Sphinx, the lead role of the ballet La Rencontre, Caron was spotted by Gene Kelly, who changed her life forever when he brought her to Hollywood for An American in Paris. “Don’t let them put you in a sarong,” admonished her mother. “Look at what happened to Dorothy Lamour. And whatever you do, don’t marry Mickey Rooney.”

She didn’t, but she did step into Hollywood legend and a career filled with distinctions. Twice nominated for an Academy Award, she won the BAFTA (the British Academy award) for the dramatic film The L-Shaped Room; the Golden Globe for Lili; and an Emmy for her guest appearance on Law and Order: Special Victims Unit. And in France, the late French president François Mitterrand personally presented her with the Légion d’Honneur. Now her early films are being rediscovered on television by a new generation—in October she was “star of the month” for Turner Classic Movies, which programmed 14 of her films.

Thank Heaven… not only recounts Caron’s own life, but also paints fascinating portraits of some of the friends who were most important to her, including Jean Renoir, Fred Astaire, François Truffaut and Christopher Isherwood. It’s also full of entertaining and enlightening anecdotes from behind the silver screen. The terrifying moment, for example, when she was called on to perform a nightclub scene with Astaire—dancing the bossa nova, jitterbug and swing—without any rehearsal. “Just follow me,” said Fred. She did, and they pulled it off without a hitch. Along with Astaire, the roster of leading men in Caron’s 50 films includes Cary Grant in Father Goose; Henry Fonda in The Man Who Understood Women; Maurice Chevalier and Louis Jourdan in Gigi; Chevalier, Charles Boyer and Horst Buchholz in Fanny; Rudolf Nureyev in Ken Russell’s Valentino (no dancing, but a marathon screen kiss) and Orson Welles in Is Paris Burning? She also danced a pas de trois with Nureyev and Mikhail Baryshnikov in a gala performance at New York’s Metropolitan Opera.

Caron was married three times, but, she says, the marriages could never compete with her work. An early marriage to meatpacking heir Geordie Hormel was short-lived. Later she broke her MGM contract and moved to England to marry British director Peter Hall, and they have two children, Christopher and Jenny. But their head-over-heels match foundered when Hall, as director of the Royal Shakespeare Theatre in Stratford-on-Avon, frowned upon her acting in his plays, and on her working in films as well. “He kept me away, first from his work and eventually from my own,” she explains. She eventually left with actor Warren Beatty, and made one film with him, Promise Her Anything, during their two years together. A third marriage, to American film producer Michael Laughlin, lasted only a few years.

Caron’s work ethic is remarkable. Who else, given a choice of starring in any one of three different productions of the play Grand Hotel would forego New York and London in favor of Berlin, which meant learning German? Who else would undertake a cram course of muscle building at age 53 to get back en pointe for a US tour of the Rogers & Hart musical On Your Toes? “I need to have a big project; that is my make-up,” she explains. “I was programmed to be an achiever. My mother made it clear that just being a child wasn’t good enough. I had to be a little star. I was onstage at 14 and continued from then on, always working more than anyone else. It’s perfectly impossible for me to stop.”

When role offers became less frequent, the actress learned to write fiction—Vengeance, a book of her short stories, was published by Doubleday in 1982. The discovery and rescue of some abandoned warehouses on the riverfront in Villeneuve-sur-Yonne, in northern Burgundy, led to her next real-life role, as an innkeeper. Caron personally took charge of the renovation, acting as her own contractor, hiring workers, buying a cement mixer. “I even threw one cement wall myself,” she says. She did all the decorating, hunting down the furnishings at antique shops and flea markets, and hand-making the striking, raffia-wrapped dining room chandeliers. Opened in 1993, her delightful auberge La Lucarne aux Chouettes, or The Dormer Window of the Barn Owl, went on to great success. But behind the scenes, the stress of creating and operating a hotel and restaurant, and serious problems with three successive chefs, wore down her Joan-of-Arc spirit.

Caron discusses the depression and resulting dark days of drink and pills in a disarmingly honest but discreet account. Recovery took nearly ten years, yet even the blackest periods were brightened by the offer of a TV appearance, a play, or films including Chocolat, Louis Malle’s Damage and Le Divorce.

The auberge is now closed and up for sale, to make more time for her latest project. “At the end of the book, I say I hope life holds surprises for me still. And the next surprise did happen.” She will play Mrs. Armfeldt in Stephen Sondheim’s A Little Night Music at Paris’s Châtelet Theater. The English-language production, also starring Greta Scacchi and Lambert Wilson is scheduled for next February.

“It’s a huge thing for me,” she says, “first of all because it’s in France where all the doors have so far been closed. And it’s a marvelous part, and the first time I will sing on stage.” In a happy coincidence, she is preparing the role just after her sold-out English book tour, where she gave 90-minute talks and dozens queued to buy the autobiography, often recounting how much her films had meant to them. One appearance was even at England’s National Theater. It gave her “a terrific feeling of confidence, because it’s a long time since I’ve been allowed to go on the stage. You think, will my mind work? Will I remember names and events? Will I be bright enough? Well, the answer was yes, it came flowing out.”

And next? “Well, I would love to go on Broadway.”

NOTE: The sold-out, one-week limited run of A Little Night Music in Paris in February 2010, brilliantly staged by director Lee Blakeley, was a resounding success and a personal triumph for Caron in the role of Mrs. Armfeldt (see our review). The auberge has been sold, and Broadway is still a lively dream in waiting.

Originally published in the December 2009 issue of France Today; updated in February 2012

Buy it on Amazon!