Home Learn Interviews In Conversation with Elizabeth Bard, Author of Picnic in Provence

“America is my country, and Paris is my hometown,” said the author and Pittsburgh native Gertrude Stein.

Stein was among the “Lost Generation” artists who lived in Paris in the 1920s. (Stein coined the moniker, as noted by Ernest Hemingway in The Sun Also Rises.)

This array of generational characters (also portrayed by actors in Woody Allen’s 2011 film Midnight in Paris) included F. Scott Fitzgerald, Ernest Hemingway, Isadora Duncan, the bold, brazen Stein, and more. Stein’s oft-quoted and oft-agreed upon sentiment about Paris as a hometown, is one with which many identify. It is an outlook which perhaps might be shared by American author Elizabeth Bard, whose latest book Picnic in Provence was released this spring.

Bard’s breakout and bestselling first book, Lunch in Paris, explored her love of Paris, which became her nouveau hometown, and the food found in the City of Light.

Bard has been doing the rounds in promotion of her new book, Picnic in Provence, which is a follow-up to her memoir Lunch in Paris. This time, Bard is in Provence, now with a husband and baby in tow, and navigates a new town with vim and vigor. As it was in her first book, food plays a major role. So, in keeping with the culinary connection, Bard performed a reading and signing at the James Beard House in New York City earlier this month.

I spoke with Bard following her signing, and she was nothing short of delightful. Beginning with a standard journalistic comparison question, I asked Bard:

Which do you prefer – Paris or Provence? And why?

Well, I’m a city girl at heart so I do long for Paris and Japanese food and what the French call “léche-vitrines” which is window shopping, and literally means “licking the windows.” So, I do long for those things, but we have such a wonderful life in Provence. You know, my son walking on little cobblestone streets and walking to school in three minutes and having these tomatoes picked off the vines, so I would say it’s a toss-up at the moment. I’m very, very happy in both places. I think Provence is a life I never expected for myself, but I’m enjoying it so much.

What inspired you to create your ice cream shop Scaramouche, and can you describe it to readers in one sentence?

We wanted to make our careers more local, and we wanted to create something that uses those wonderful local flavours of Provence; those peaches that taste like sunshine and the melons that drip past your elbows when you open them up and these lovely pulpy violet kaleidoscopes of fresh figs. We wanted to do something that would make people happy and be in our own business and I think ice cream is a “happy” business. I think if I had to describe Scaramouche in one sentence, it would probably be: Child pleasures reincarnated.

What do you miss most about living in the U.S.?

My family. My friends, Twizzlers. I’m from here. I’m from New York and New Jersey. So this is really homebase for me.

There is a movement about French parenting (in the U.S.) and how the ideology of the French model promotes more well-behaved children. Have you adopted this at all in your style as a mother?

I think that I’m very well-suited to the French parental environment. French parenting is just about the child fitting into the existing family, rather than the family revolving completely around the child. And I’m well- suited to that because I think that’s what we wanted anyway. And our son is just, he’s such a great little man, and he’s so easy and well-adjusted. And the French do insist that kids fit into the existing universe; and that means table manners, and maybe staying up later than kids in the States, and going with the flow.

There seem to be less rules – quite high standards – but less rules. And I’m happy with that because I think I might’ve been uncomfortable with some of the sort of judgment-oriented things that seem to be going on in the States. I think there’s a lot less judgment around motherhood in Europe. In France, they call it décomplexé, which is like, uncomplicated, relaxed, anti-neurotic. Not there’s no neuroses in France. There’s a lot of neuroses in France.

What inspired you to write Picnic in Provence?

My first book Lunch in Paris was about falling in love with my French husband and falling in love with France as well, and learning the culture through the food. I think that Picnic in Provence is a little bit about what happens after the happily-ever-after and all of the sort of mature and messy bits of life: motherhood, career change, moving. All of these transitions that we have to make as we get slightly more mature and how we sort those out for ourselves in a new place, in a new culture, with a new language, with a new child. So that’s really what the book is about.

Who are some of your favorite authors?

I’m kind of an old school 19th century girl. I love Dickens. I love Tolstoy. Louisa May Alcott. James Barrie. Peter Pan is one of my favorite books. George Elliot. That’s my go-to stuff when I have time on my hands to read a big, fat book, I tend to walk back to the 19th century.

What are some of your Must Do’s in Paris?

Just a lot of walking. My old neighborhood around the Canal Saint-Martin in the 10th arrondissement is just a really nice neighborhood to wander around for a drink and kind of see a little more of the local life. Obviously, you should stop by Scaramouche in Montmartre if you have the chance! Have a little ice cream. There are some of the lesser-known museums… I love the one in the Marais, the Carnavalet, which is about Paris history, which I just love.

What are some of your Must Do’s in Provence?

There are so many beautiful hikes; I think it’s just a beautiful region for hiking. And I’m not much of a sports girl, but I’ve learned to appreciate a sort of good day walking uphill. There’s bound to be – anywhere you’re staying in that region – a really lovely walk to do.

What advice would you give to aspiring writers?

Hm. What advice would I give aspiring writers? I think to be true to your voice. My writing, at least memoir writing, is a lot about the voice. Be true to that voice in your head. And also to not be afraid of being edited. I come from the world of journalism, so I’m more comfortable than some writers with being edited. A good editor is a beautiful thing. And no one writes in a vacuum. You’re never writing just for yourself. So, the key to being edited is to find a way to make their changes in your way. Does that make any sense? 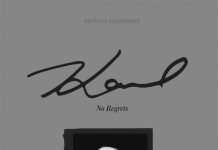