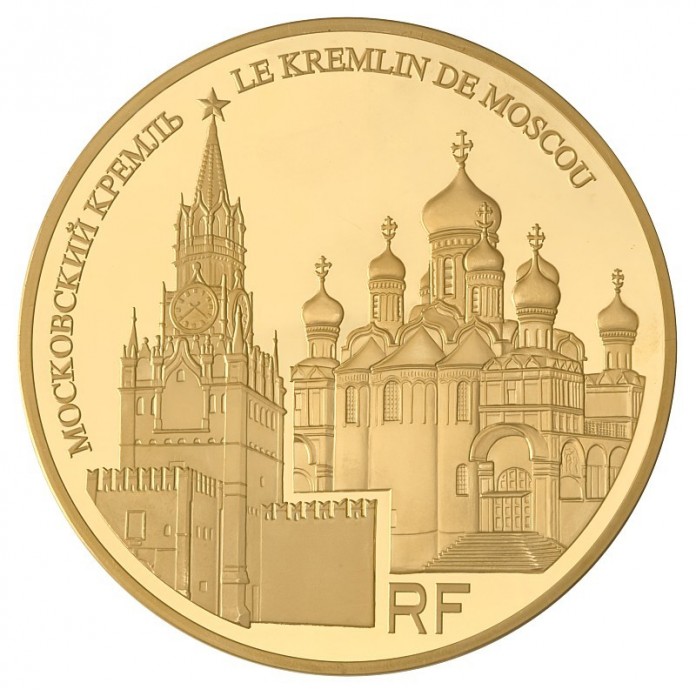 At the helm of the Paris Mint since 2007, Christophe Beaux has given the venerable institution a jolt of new energy. This March he launches a renovation project that will transform the Mint and its Left Bank neighborhood.

Artists and beautiful people have been bumping into each other frequently on the Quai de Conti in the last few years, lining up at La Monnaie de Paris to see such resoundingly successful exhibits as Photos-Souvenirs au Carré, for which Hermès invited artist Daniel Buren to put the stamp of his signature stripes on their iconic silk squares; or Steidl: Quand la Photo Devient Livre, devoted to the German publisher of art and photography books. And in Peurs sur la Ville (on show through April 17), Patrick Chauvel’s photomontages insert violent images into Parisian settings: Notre Dame invaded by Chechen soldiers, a young Bosnian woman shot down by a Serb sniper in front of the Assemblée Nationale. This, at the Monnaie de Paris?

If La Monnaie is fast becoming one of the trendiest spots in the city, it’s always been one of the most beautiful. The masterpiece of architect Jacques-Denis Antoine, the neoclassical building constructed between 1771 and 1777 to house the workshops of the French national mint has miraculously remained unchanged. Now, elegant as ever, it’s shedding its out-of-date image.

Behind this transformation is the ambitious, discreet and poised, 44-year-old Christophe Beaux, a graduate of the prestigious Ecole Nationale d’Administration (ENA) and a former assistant director at the Ministry of Finance. When Beaux was named head of La Monnaie in 2007, he inherited an enterprise which had kept its monopoly as a mint but came with a host of problems.

Recently designated as an EPIC, a state-owned industrial and commercial company, the mint is now required to show a profit—a goal it reached in 2009, with annual sales totaling €126 million. The Paris mint does not produce French euros—those are minted in Pessac, in the Gironde region around Bordeaux, along with Greek euros and foreign coins including the Saudi riyal and the taka for Bangladesh. In the workshops of La Monnaie de Paris, which cover nearly two and a half acres, some 130 workers produce collectors’ items—coins, medals and art objects, using precious metals and age-old techniques. La Monnaie’s boutique has long been a source of unusual, if conservative, gifts.

With the ongoing economic crisis, the two branches of the mint have seen their payrolls reduced from 700 to some 500 employees. Partly because of that difficult climate, there were some noisy negative reactions when Beaux opened La Monnaie’s historic salons for an exhibit by American photographer David LaChapelle. The retrospective, the most complete ever seen in France, attracted both media interest and a markedly younger-than-usual crowd of visitors. Even the most skeptical were delighted with the result.

“When I arrived here,” says Beaux, “my friends asked me, ‘So, are you going to close it?’ I wanted to do something provocative.” And indeed he did.

Other successful events followed, from an homage to French photographer Willy Ronis, a humanist colleague of Robert Doisneau and Edouard Boubat, to the exhibit of a “structure nomade”, a modular portable structure by mid-20th-century architect and designer Jean Prouvé, along with spectacular projected images of many possible uses for the “nomad” building, which could be put up and dismantled at will.

“Not much is off-limits for me,” says Beaux. “The idea is to show that La Monnaie is open to current movements in contemporary art. With one restriction: it’s useless to shock for the sake of shocking.”

It all marks quite a departure for La Monnaie’s marketing policy, especially in the case of what Beaux calls “our products with strong added-value”. Translate that as products that are not official or government-related, but that carry the notion of dreams and imagination, of prestige, luxury… and investment collecting.

After Philippe Starck, who did his own version of a two-euro coin, other famous designers followed. In November 2008 Beaux asked Karl Lagerfeld to design the first coin commemorating Gabrielle Chanel, on the occasion of the 125th anniversary of her birth. And Christian Lacroix, named last July the latest “artistic advisor” to the Monnaie de Paris brand name, will design commemorative medals for marriages and PACS (Pacte Civil de Solidarité, a civil partnership contract that is an alternative to marriage).

“In three and a half years we have tripled our sales figures for collector’s medals. Each edition is strictly limited in number and we always announce in advance how many pieces will be struck. The price can go up to €100,000 for a solid-gold medal weighing one kilogram (2.2 lb).” Among recent editions was the Kremlin, a small round ingot that went on sale in 2009. The Taj Mahal, which appeared in late 2010, is engraved with an image of the famous monument; it is produced in various sizes and weights, from a simple €50 silver medal to a one-kilo solid gold piece set with 68 diamonds by Cartier and presented in a case designed by the renowned leather goods company Goyard. It is offered in a limited edition of only 29 copies, with a face value of €5,000.

And that’s not all. After a series of collector’s coins in solid silver dedicated to the 22 French regions and 4 overseas departments (providing Bretons, Auvergnats and others with a euro imbued with their own local color), La Monnaie has just struck a special “bande dessinée” (comic strip) series. The heroes are Blake and Mortimer, characters in a popular Belgian comic series. Five hundred copies of the €50 gold coin were issued, as well as 10,000 of the €10 silver coin. With these collections La Monnaie has hit the jackpot—investing in precious metals can be wise in an economic crisis.

The biggest change orchestrated by Beaux is yet to come. The Monnaie’s major renovation will kick off in March. Architect Philippe Prost won the design competition for the project, which will take two years to complete. “The idea we have in mind is to create a veritable Murano for metal, open to the public,” says Beaux, referring to Venice’s glassmaking island. “Far from being a handicap, our factory will become an attraction. We want to make visible this living heritage, our savoir-faire, our remarkable tradition of artisanat and art. All within a carefully preserved historical environment.

“We’re going to reopen six portes cochères (carriageway doors) on the rue Guénégaud and three entrances on the other side,” he explains. “With the central courtyard and the two side courtyards, La Monnaie will have the look of a village. A vast garden and several boutiques will be open to strollers. And we haven’t forgotten restaurants—to taste Guy Savoy’s artichoke soup with black truffles, you’ll have to come here in the future.” In fact, three-star chef Savoy will be leaving his long-time flagship restaurant in the 17th arrondissement to install himself in the Monnaie’s superb salons with views on the Seine, and he will also open the Métal Café for more affordable fare. The project can be expected to have a considerable impact on this section of the Left Bank, which is occupied, according to Beaux, “by an embankment of buildings that are certainly handsome but fairly stiff and cold. The idea is also to create a sort of bridge to the Right Bank across from us.”

In planning the renovation and the public access, Beaux says he was inspired by the demonstration workshops of those Venetian glassmakers of Murano, and also by similar public-access policies at haute couture houses, at Baccarat and the manufactories of Gobelins and Sèvres. But there’s little doubt that this inveterate walker, who roams the city “all eyes and ears” (a habit he acquired while living in New York for two years) also owes a lot to his own formidable, inquisitive spirit.

Originally published in the February 2011 issue of France Today