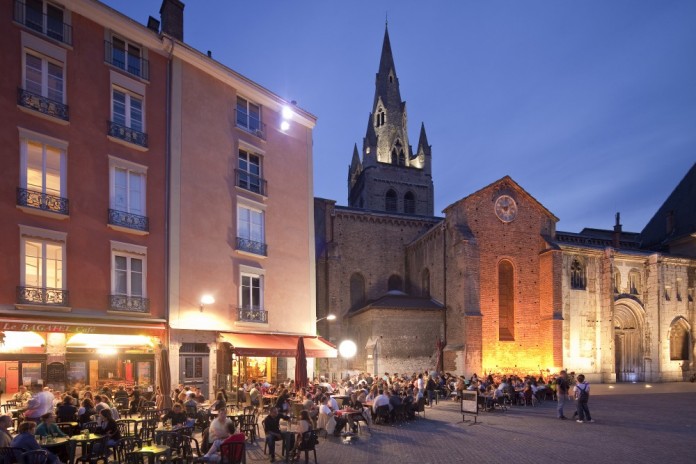 As autumn turns to winter and temperatures begin to plummet, I find myself dreaming of snow-covered slopes and cozy mountain chalets warmed by flickering wood fires. And evidently I’m not alone. Real estate agents say they are getting ready for a surge of inquiries from ski enthusiasts looking for properties near resort areas in time for the coming winter sports season.

Many of them will be focusing their attention on Grenoble, a vibrant city strategically located in the middle of three mountain ranges and surrounded by more than 200 ski resorts offering an enormous variety of winter and summer activities that cater to all ages, abilities and tastes. The nearest ski resorts are within a 30-minute drive of the city center, meaning that skiers can be starting downhill runs not long after finishing a leisurely breakfast on their apartment balcony. Likewise in the evening, after a full day of skiing, they can be home in time to enjoy some of the wonderful cultural attractions that are part of the city’s charm.

Situated at the confluence of the Drac and Isère rivers, Grenoble is much more than just a base from which to explore the snow-capped mountains that, according to native son Stendhal (Henri Beyle), can be seen at the end of every city street. With the Chartreuse mountains to the north, the Vercors to the southwest and the Italian Alps to the east, Grenoble—incidentally and ironically the flattest city in France—has gained a reputation as one of the country’s most artistic and technologically innovative cities. Regarded as one of the leaders in European microelectronics and nuclear research, Grenoble attracts many multinational and high-tech companies, for the most part based in the city’s suburbs. The University of Grenoble, founded in 1339, is a leading educational institution noted for its contributions to scientific research, especially in physics—and the large student population gives the city a dose of youthful zest.

The second largest city in the Rhône-Alpes region, after Lyon, and the capital of the Isère département, Grenoble was originally a Gallic settlement called Cularo; in the 4th century its name was changed to Gratianopolis, after the Roman Emperor Gratian—a name that gradually evolved into Grenoble.

Today the city— with a population of nearly 160,000—is an eclectic mixture of historic and modern. The city center is typical of many ancient cities in France, with winding narrow streets and delightful cobbled squares lined with 15th- to 18th-century buildings. The main street, Grande-Rue, follows the trace of the ancient Roman cardo; at one end, the Place Grenette is one of the city’s traditional meeting places, filled with sidewalk cafés. Outdoor café terraces also fill the Place Saint André, next to its 13th-century namesake church, better known to most Grenoblois as la Place du Trib, referring to the adjacent former court house, the Palais du Tribunal, an impressive mix of flamboyant Gothic and early Renaissance construction. (The building was originally the seat of the Parliament of the Dauphiné region.)

A number of modern buildings have also sprung up along the ancient streets of the Vieille Ville, including some excellent examples of innovative glass and steel architecture that look surprisingly at home amid the medieval cobblestones and give the city a cutting-edge buzz. So does the sleekly modern tramway system, with four lines that reach out into the suburbs and serve 74 stations. And, of course, there are the futuristic Bubbles, the spherical cable cars on Grenoble’s famous overhead transport line, connecting the Jardin de Ville near the Saint André church with the 19th-century fortress called La Bastille on its cliff top across the Isère.

From the Bastille’s summit, there’s a splendid panorama of the city, out to the mountains that offer winter resorts to suit all ages and all levels of skill, among them L’Alpe-d’Huez, Chamrousse, Les Deux Alpes, Lans en Vercors and Les 7 Laux.

The most desirable area in which to house hunt is the historic center, says local real estate agent Badra Ziane of Grenoble’s Jaurès Immobilier, although prices are among the highest in town. According to Leapfrog Properties, the average price per square meter (10.76 square feet) in Grenoble is approximately €3,100 ($4,088) but prices in the Vieille Ville are considerably higher.

“In the center, right in the heart of the city, apartments are very,very expensive, but you pay for what you get,” says Ziane. A one-bedroom apartment in the beautiful quarter around Notre Dame cathedral, for example, is currently on sale for €273,000. In the Aigle area, in the southwest sector of the city, which Ziane describes as an excellent neighborhood with good schools, spacious parks and little crime, a three-bedroom apartment would cost far less.

“If you go out of the city center, to a good district like Aigle, you can find a beautiful three-room apartment for €200,000 to €250,000,” she says. A spacious two-bedroom apartment with two balconies, currently on the market in Aigle, is priced at €205,000; a similar apartment with three bedrooms plus access to a cellar has an asking price of €250,000.

House-hunters must be aware that more than 90 percent of properties in Grenoble are apartments, a proportion very well suited for the buy-to-rent market here, considered one of the safest in France. But for buyers looking for something larger, perhaps with a garden, Ziane suggests looking even farther out, in suburbs such as Seyssinet-Pariset or neighboring Seyssins, which are both little more than a ten-minute train journey from Grenoble proper. Apartments in those areas “are considerably more reasonable than those within Grenoble itself,” she says. “Villas start at around €300,000.”

Property finder Hélène Aubry, of the Adequacium agency, advises that a good place to find big family houses is the Vallée du Grésivaudan, between Grenoble and Chambéry, where four-bedroom houses sell for €450,000 to €700,000.Despite the growing gloom over the global economy, Ziane says that the property market in and around Grenoble is not suffering, at least not for the moment. “The market in Grenoble at the moment is okay. It’s a bit between two posts: it’s not brilliant but it’s certainly not a catastrophe either. If the apartment or villa is in a good location, and at the right price, it’s selling. I think people are asking for the right prices these days. They know that if the asking prices are too high, people just won’t buy.”

Originally published in the November 2011 issue of France Today