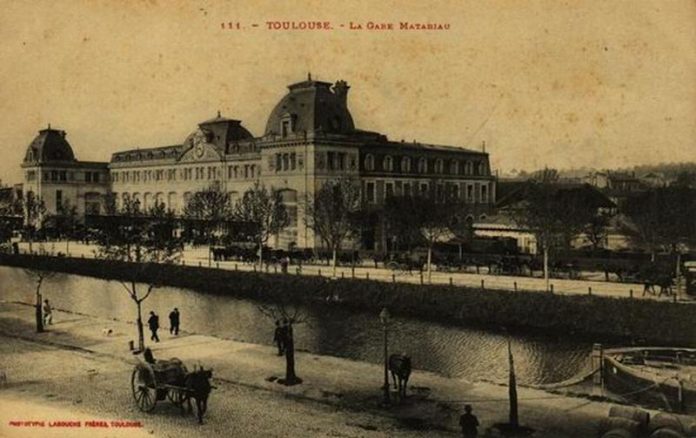 The making of a UNESCO World Heritage Site

The Canal du Midi was the result of the vision of one man, Pierre-Paul Riquet, who in 1662 wrote to Combert, minister of Louis XIV: “I am writing to you from Perpignan … about my plans for a canal which could be built in this province of Languedoc to connect the Atlantic Ocean and the Mediterranean sea”.

A canal route across France would provide safe transport, avoiding the pirates of the Gibraltar straits, and also shorten the distance need to deliver goods. In 1667 the first stone was laid, and in October 1680 Paul Riquet died, a year before the official opening of the Royal Languedoc Canal. Its name was changed to the current one following the Revolution. In October 1996 the series of locks at Beziers (Ecluses de Fonseranes) were classified as a Historic Monument and given the title of World Heritage Site by UNESCO, and the Canal became a Protected Site in 1997 under French classification.

Pierre-Paul Riquet, Baron of Bonrepos, was born in Beziers in 1604. He was responsible for collecting taxes on salt, and thus gathered a considerable fortune. It was this fortune that enabled the Canal to be built. Riquet’s obsession and vision led him to invest the latter part of his life in a project that left its mark on his life and on the landscape and economy of France. Over 15 years, almost 12,000 workers were involved in digging out the ditch with pick-axe and shovel, a 240 km route between Toulouse and Sete. Its banks were lined with 45,000 trees and 328 works of art. The construction of a new Canal between the Rhone and Sete in 1829 and the Lateral Canal in the Garonne in 1856, created the final links between the Atlantic and the Mediterranean.

Where did the water come from?

Riquet harnessed the water from the Orb river in the Black Mountains, a difficult river to control, as flooding made boat crossings dangerous. In 1857 a bridge was built allowing the Canal to cross the river. This engieering project delayed progress, as the canal had to be diverted from its course at the Ecluses de Fonseranes and a deep lock constructed beyond the bridge, to regain the level of the canal. A new port was then built (Port Neuf). Finally the Canal bridge was completed in 1858, and the Canal was able to cross the Orb in all weather and seasons.

How did Riquet fill the Canal?

Water was stored at the Saint Ferreol dam which is half-way along the canal, where the height of the land creates a peak from which water can be fed in the direction of East or West.

The Canal locks are impossible to navigate for boats over 38 metres long. At the Ecluses de Fonseranes a piece of inventive engineering allows these boats to be pulled through an inclined canal. A motor shield harnesses a section of water on which the boat is sitting. It moves along the incline until the boats reaches a level where the water matches the level of the terminal portion of the canal. The gate is lowered to allow the boat to pass to the higher reach. Propulsion energy is created by electric motors. This invention was opened as recently as 1983.

This unique piece of engineering can be appreciated by a visit to the locks at Beziers, where you can also watch cruising boats negotiate their way through all nine locks, and even take a short boat trip in one of the small boats available just above the highest lock.

Every year, over 300,000 visitors and 10,000 boats visit or pass through the locks at Beziers. The Festival of the Locks, held in June, celebrates the Locks with events such as: a tale especially written about the place; a role game played out by visitors along the banks; a light and sound show; and an exhibition about the Canal du Midi.

The Canal from the Rhone to Sete

Originally named the Canal des Etangs, this canal was built to join the Canal du Midi with the Canal du Rhone and took one and half centuries to be completed.

Twenty years following the construction of the port of Sete, the first excavations began, across the lagoons. But public funding was diverted to the road network over the following century, and serious difficulties with silting in the lagoons slowed progress. It wasn’t until 1789 that the canal reached Saint Gilles and in 1811 the route reached Beaucaire and the Rhone River.

Cruising on the Canal from the Rhone to Sete

Leaving Beaucaire and the Rhone river, the canal passes Bellegarde and arrives at Saint Gilles, once a base for the counts of Toulouse, which has a beautifully preserved Abbey dating from the twelfth century. It is also the birthplace of the Pope Clement.

Beyond Saint Gilles, you enter the Camargue with its lagoons, salt lakes, white horses, bull ranches and bird life including flamingoes, herons and egrets.

You are now near to the Carbonniere tower which once guarded the only road into Aigues-Mortes, well worth a stop for a day or two to walk along the ramparts and visit the Constance Tower, visible from a long distance and offering stunning views over the surrounding countryside. Sample some of the Camargue specialities, bull’s meat stew (gardiane de taureau), or paella. Beyond this you will pass very close to the beaches and seaside resorts of La Grande-Motte, Carnon Plage and Palavas-les-flots, with its curious viewing tower. You are now heading towards Mauguio, an outpost of Montpellier, named after the Count who gave birth to the city.

Finally, you reach Maguelone where you can stop to visit the Abbey of Maguelone, the old Bishopric of Montpellier, before continuing to the port of Sete through the Etang de Thau, past the famous oyster tables of Meze and Bouzigues.

To read more about the Canal du Midi, take a look at these articles:

A Voyage through Time on the Canal du Midi

Life in the Slow Lane: Boating the Canal du Midi