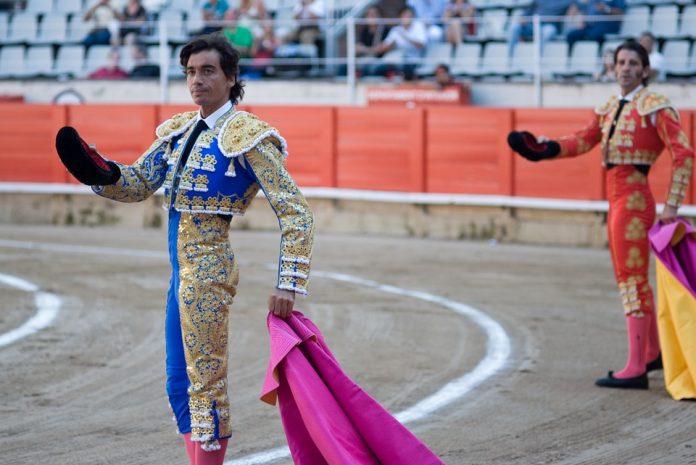 Bull fighting – how to make sense of the posters!

If you live in the Languedoc or are visiting the area, you might be puzzled by the amount of terminology that is involved in local bullfighting displays, and be bewildered at the publicity posters: “What is it actually saying?”

We have prepared a brief guide to what is involved so that you will be able to read the publicity ‘in translation’! You must not miss the opportunity to watch the Course Camarguaise, and if your stomach can take it, a corrida. 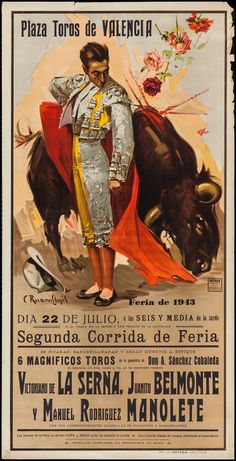 The Gard and the Hérault are steeped in traditions which involve bulls and horses. Every seaside resort will have its spectacle for the tourists over the summer season. Every village through the region will have its Summer Festival with bulls driven through the village centre by horseriders, and an evening of bull-chasing (les razeteurs) or similar event.

The Feria is a major festival celebrated at Béziers and Nîmes. During the day spectators
watch bullfights or more light-hearted ‘toro piscines’, where the bulls are put into a large paddling pool, and young men try to chase them. For children there are fun fairs and horse riding displays and the razeteurs, where young men try to pick flowers off the horns of the bull while avoiding being killed. There is the essential night-time carnival procession starting often around 9.00 pm, and during the whole festival the streets are filled until the early hours of the next morning with street entertainers, live jazz and blues or Mexican musicians, while revellers sit at cafés eating traditional feria fayre. This might be a paella with bull’s meat or similar Spanish food, as Spanish dancing and music also often accompany the Feria.

The torero – the bullfighter, acclaimed much as David Beckham but by all age groups and both sexes.

The toro/taureau – the bull, whose lineage and stables are well known and proudly displayed.

The abrivado – procession of horseriders (gardians) guiding a bull held tightly between them, through the streets.

The gardian – well-respected horserider whose skills focus on tending bulls on the farm or ‘herding’ them.

The bodega – night-time café or bar, often with all-night standing room only dances.

The corrida – The Spanish style of bullfighting where the matador is dressed in splendid embroidered suit, and the bull usually comes to a sticky end.

The course camarguaise – the Camargue style event of chasing a bull, trying to remove tassles from its head. See our article on the Course Camarguaise.

The novillada – A novice bullfighter

The manade – the stud farm, home to the toro. Many of these offer visits and displays of branding, herding, along with traditional meals or gypsy music evenings.

The ganadero – the stud bull.