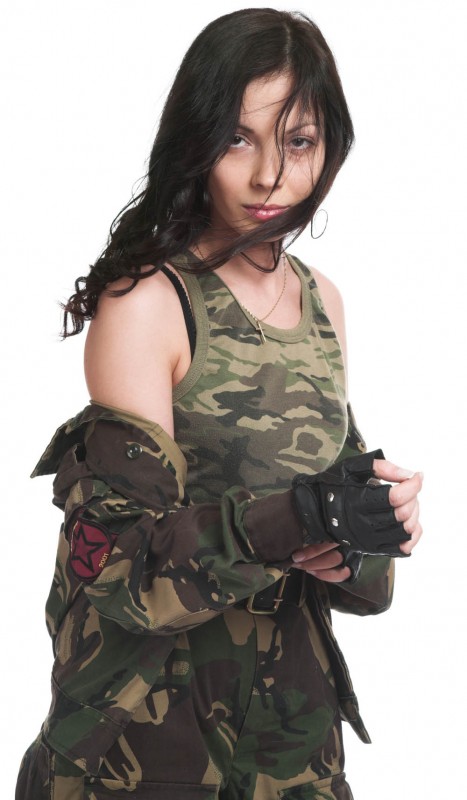 Along with a French passport come a lot of hassles: a reputation for arrogance, the pain of watching our politicians making fools of themselves when they speak English, and terrible pop music. But when it comes to manhood, French men, and I am one of them, are supposedly at an advantage. Thank you, Charles Boyer. If you can’t picture who I am talking about, don’t worry, the guy has been gone for a long time. But try naming a more recent example of the French lover? Clearly that combination of elegance, romanticism and bravado has become a myth. A recent poll published by onepoll.com ranks French men number 4 on the world ranking of best lovers, behind the Italians, behind the Brazilians, even behind the Spaniards. Exactly the kind of news to make a fellow’s croissant go down the wrong way on a Monday morning. (Luckily for the French ego, the Germans and the British top the list of the world’s worst.) So when my former boss, age 35 and a terror in the workplace, informed me that she was now dating a Mauritanian I wasn’t even surprised: “French men have become submissive,” she said. “With him it’s great. I feel like a real woman.” And when my graceful friend Adeline, 25, told me she was now looking for a man gifted with “brute force” I was kind of expecting it. But is the subtle, sophisticated French lover no more, or is he no more desired?

In a workshop at Les Beaux Arts, France’s historic fine arts school, I meet Manon and Claire. They are both in their twenties. Both of them seem deeply Parisian: arty, elegant and smart. Two extremely disappointed free women. “He hated my freedom,” Manon says. “They want us to become a second mother to them,” Claire adds. “They are so insecure, they always need to be reassured, they need to be told that they are handsome, funny and well dressed!” Blame the guys: “For my birthday he offered me a blender, you know… for soups!” cries Manon. The French lover? Chorus: “A lie!” Ouch!

And so it went for another hour and a half. Yet both girls admit that their expectations are contradictory. They want a man, a real man, but they also want him to be romantic and passionate. Eventually Manon concedes: “God, it must be tough to be a man nowadays.” Later on we are joined by Marine, 24, a public relations specialist for Dries van Noten, just as trendy and elegant as Manon, perhaps even more so. “American men are easier, more confident, more… straight to the point.” And as regards the rest? “Oh, of course they’re terrible in bed. Compared to French men, they can’t compete.” At least that’s something. Obviously however, French men might still be looking good, but inside, it’s another story.

A clue to the many causes of this downfall might be found in the changed position of women in French society. France is more than a home to feminism; France is its homeland. The last 40 years have been deeply marked by the rise of women in French society. They have more university degrees than men and work more than the European average. While doing that, they also manage to give birth to more babies than their European counterparts. Simply put, French women feel and are more independent. Who could blame them for relishing that? But no matter how positive the evolution, massive changes often bring unintended consequences, as if the emancipation of women had forced French men to reassess their identity. What should they be now? Should they delve into respect and romanticism? Or should they return to machismo?

At a party I meet Baptiste, 25, the archetype of the young advertising professional: cool, wearing thick dark glasses and a little geeky, exactly the kind of guy who would send a tweet during your interview. He admits that he will never achieve what women want when they talk about men. “That’s not the way I am, that’s not the way I want to be. I claim the right to remain an idiot, to make stupid jokes, not to wear a three-day beard, which now seems to be compulsory. And yes, I’m proud of my ridiculous moustache.” Despite his Parisian air, Baptiste comes from the remote island of Noirmoutiers, off the coast of Brittany. “There, it’s a totally different story,” he says. “One becomes a man at 17. At 20 one has a home and a family to take care of.” He admits that being French remains a trademark. “That kind of reputation allows you to go abroad when you’re 18, come back, and say ‘Mam‘, Pap‘, I’m not a virgin anymore!'” His advice to young French men: “Don’t become what women want you to become, because their expectations are totally foolish.”

But is the younger generation of women really to be blamed? Cyril de Turckheim doesn’t think so. A music composer, he delved into the world of documentary filmmaking a few years ago and directed Où sont les femmes? (Where are the women?), a litany of tales about male-female disappointments. To him the older generation of women is responsible for this massive misunderstanding: “Take women’s magazines editors. Their magazines have grown old with them, bringing to a younger audience their vision of men as something important but external to their lives. If you look at the interviews of famous French women today, nobody talks about love.”

The shift in the balance of gender power has been deeply sensed by some. Eric Zemmour is a right-wing French polemicist and the author of Le Premier Sexe (The First Sex), the would-be counterpart of Simone de Beauvoir’s 1949 Le Deuxième Sexe. To him the First World War depressed combative values. Feminism marginalized the macho. Then came May 1968, delivering the fatal blow to manhood: sentimentalism replaced energy, emotion replaced reason and compassion replaced conflict. Hence the attraction of young French Jews for Zionism. Hence the politically correct reluctance to discuss the French banlieues (housing-project suburbs) where the idea of manhood is exactly the same as it was 60 years ago, plus Islam.

For Paul Ackermann, a journalist and the author of Masculins Singuliers, a book on the new identity of men, that view must be fought. “I am tired of having no choice between the ultra-feminist stance on the one hand, and Zemmour’s outdated views on the other,” he says. Ackermann advocates the vision of an appeased male: manly and yet taking care of himself, strong but respectful, enjoying all the benefits that also were triggered by May 1968.

Walking in the streets of Paris last January, no one could have escaped the new French GQ promotion campaign. Clint Eastwood’s film Invictus was being released, and GQ put him on the cover, with the headline “How to become a man, a real one, by Clint Eastwood”. In the article, however, the reader discovers the kind of appeased male Ackermann is talking about. For Anne Boulay, French GQ’s editor-in-chief, there is no contradiction. “We were also surprised,” she says. “That’s not what one would expect from Clint Eastwood. But that’s fine with us. What it means to be a French male? That’s what we ask ourselves every month! There’s no one-size-fits-all.”

I was left wondering. Would it not be simpler if the French male behaved a bit more like real men, and French females were slightly clearer about their expectations? That’s about the time I was invited, via Facebook, to a pinup and military costume party. I decided to go gonzo. I would become part of the party for my research. A few days later I found myself in a living room surrounded by yuppies dressed in military uniforms on one side and flocks of Paris Hiltons and Jessica Simpsons dancing on the other. Soldiers’ garb plus short skirts seemed to do the trick. Sometime after 1:00 am, I stopped counting: too many people were making out, which entirely satisfied me as an ending to this essay. The job done, I fixed myself a drink, looking for a free pinup to hit on, despite my lack of a uniform. That’s about when the one girl not dressed as a pinup came over to me, wondering where my camouflage was. “I’m fine with myself,” I said. “I like that,” she replied, engaging the conversation. No, she wasn’t a pinup. She was dressed as a Green Beret. 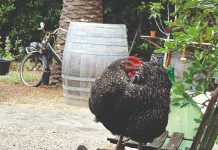