Poking good-natured fun at his adopted Gascony [1] is a force of habit for cartoonist Perry Taylor. “It’s a British trait,” he laughs. “I like to look at a situation from different angles, to find irony and humanity within it. It’s a fine line,” he concedes. And it’s one he’s toed expertly.

His first collection, Petites Gasconneries (we’ll let you work that one out) scooped the Grand Prix Littéraire de Gascogne, no less. Just about the greatest honour bestowed on a local, let alone an expat. “The French love it. People have been clamouring for a third book for a year.” 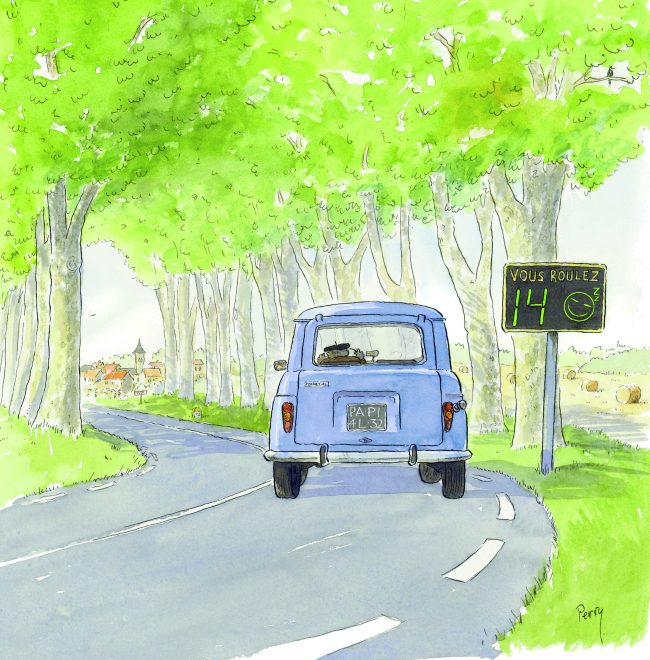 And dieu merci he’s obliged at long last with another bundle of cheeky, yet warm and delightfully witty watercolours. From papis tootling along at a snail’s pace to natives’ predilection for an apéro, Le Selfie Gascon captures the spirit, old-time charm – and leisurely tempo – of la France profonde. A heart-warming hymn to life in the slow lane.