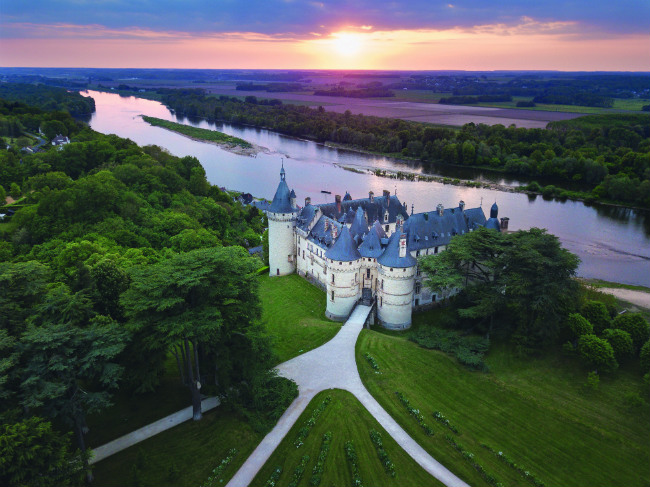 Ditched royal seat turned world-class art centre and host of the International Garden Festival, the Château de Chaumont-sur-Loire is the Loire Valley’s comeback kid. The retreat of choice of Catherine de’ Medici, it was held up as one of the jewels in the French crown – until the reine empoisonneuse grew tired of it and fobbed it off on… excuse us, traded it (let’s not split hairs) with love rival Diane de Poitiers for her coveted castle at Chenonceau.

Chronically underrated and doomed to play second fiddle to the Loire’s hottest tickets for centuries, the turreted pile was put on the map once again as the home of the Festival International des Jardins in 1992. Relaunched as the Centre of Arts and Nature in 2008, the Renaissance palace sealed its rep as a breeding ground for mavericks and an essential stop on the château trail.

Charting its unlikely reinvention, Inspired by Nature weaves history, potted biographies of its successive owners – chief among them the Princesse de Broglie, heiress to the Say refineries and “original cougar” – and photographs of the wondrous installations gracing its hallowed halls and grounds. Best of all, it is the most up-to-date and comprehensive retrospective of the Garden Festival’s floral creations!