For me, the greatest deprivation of the COVID [1] era — and admittedly, there’s a lot of competition for that spot — is the loss of mobility. Now I’m as much of a couch potato as the next fellow, but even a human spud needs to stretch his legs from time to time. The social quarantine we have recently endured even outstrips the time my dad grounded me for a year in 11th grade. (These ridiculous sentences never stuck, and I got early release for decent behavior after a week.) But during the pandemic there was no parole, and my biggest trips consisted of hoofing it to the front door to see what Amazon brought. Enough already!

To make matters worse, I am a travel writer. Because I am blessed with exquisite timing, my publisher released French Like Moi: A Midwesterner in Paris [2] a year ago — the exact same week France barred all Americans (including Midwesterners) from visiting their country at all.

The 10-city book tour got scaled back to my living room. From there I conducted all my author events via computer screen using a technology named after a brisk motion but which requires me to sit in place. I’m not saying there aren’t advantages (sweatpants have become haute couture in the arena of author interviews), but for writers who already spend way too much time on their own, the loss of human interaction has been particularly cruel.

This has been a good season for certain classic titles. Albert Camus’s The Plague comes to mind, as does Boccaccio’s pandemic favorite, The Decameron. There’s that chestnut by Xavier de Maistre, Journey Around My Room, not to mention Waiting for Godot. These are all books about being stuck. Meanwhile, literature about real travel has felt sepia-tinted with nostalgia. Remember back when you could get on a plane? When a car trip didn’t leave you fretting about where to pee? When you could visit Mom without putting on a hazmat suit (or getting her to climb into one)? We’ve all turned into geezers reminiscing about the good old days.

The good news is that we are finally creeping out of our cocoons. A few weeks ago, I sat across from a friend in my living room, and I could see the bottom of his face. (It was a bit unnerving to see nostrils again.) I went to a restaurant that was filled with other hungry creatures, and everyone pretended it was normal. And now I hold a plane ticket for France. Rarely have I felt so filled with suspense. Humphrey Bogart once promised that we’d always have Paris, but I had started to doubt him.

Who knows? Maybe you have a plane ticket, too. And maybe you’ll want to crack open a travel memoir to prepare your return to the City of Light. After all, whenever the here and now has become unbearable, it’s handy to find a little there and then between the covers of a book. I have a title I can recommend. 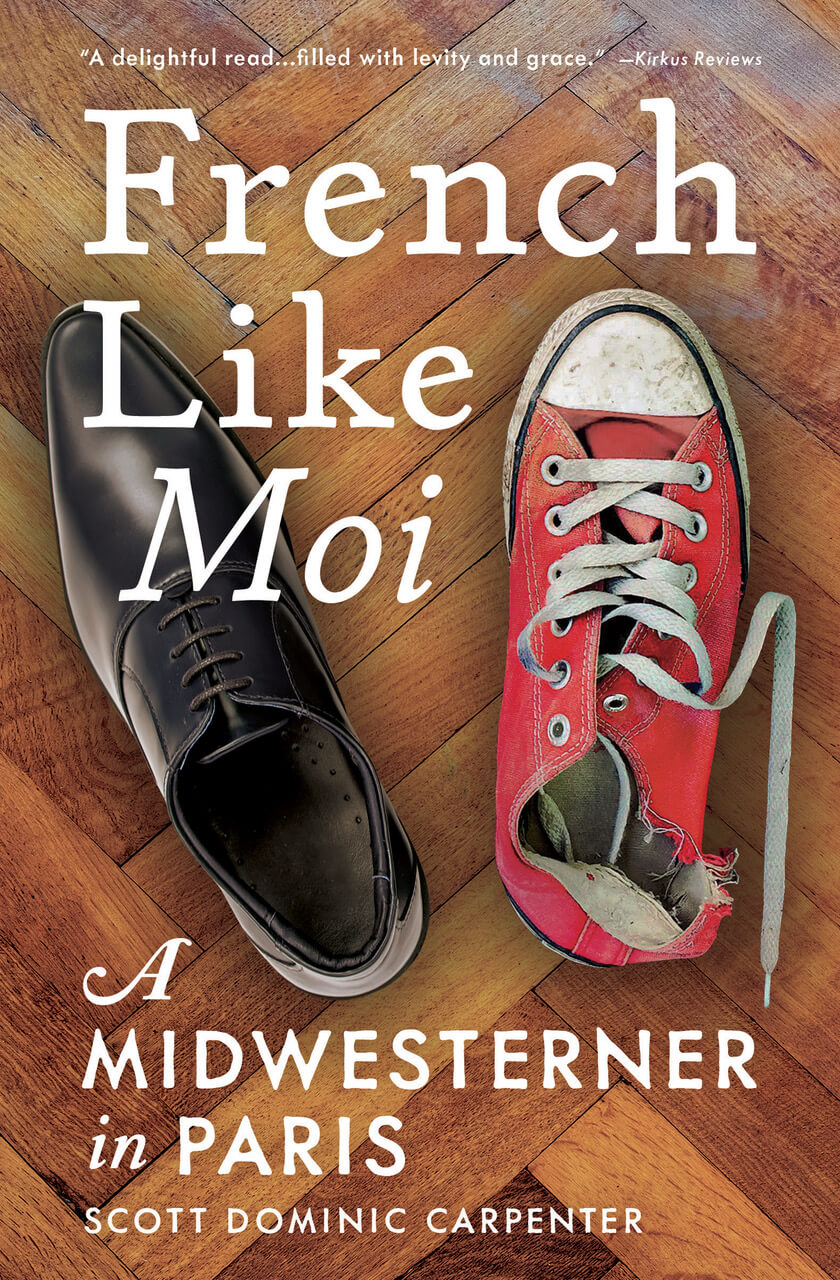