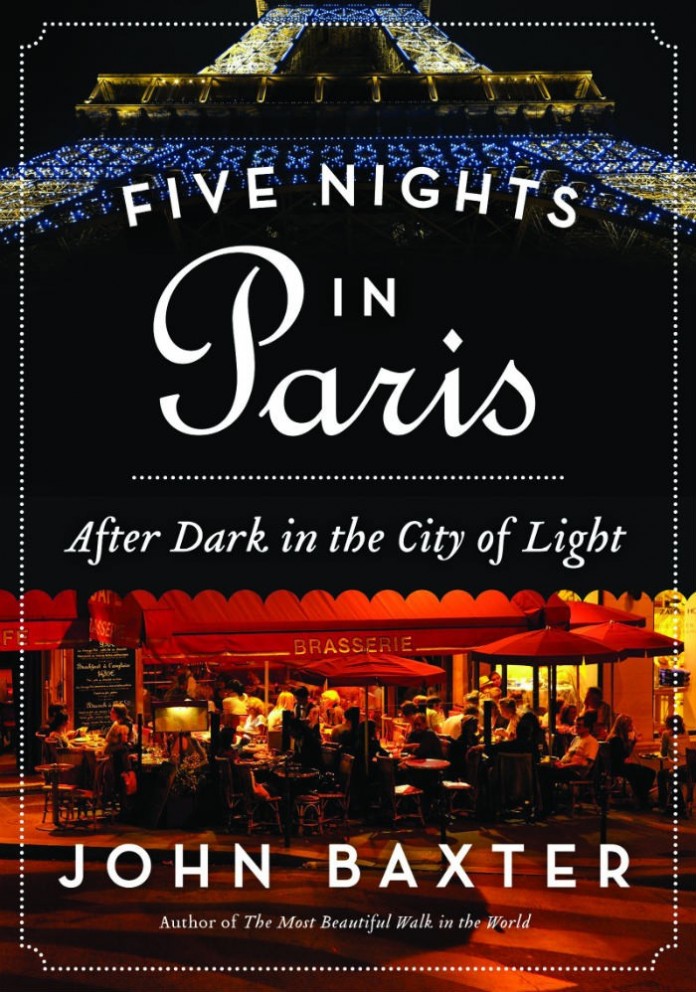 If Paris is your passion then simply do not miss this latest offering from the city’s long-term Australian author-in-residence, John Baxter, an occasional contributor to this parish who has already published four memoirs of his life in l’Hexagone.

In his latest outing, Baxter loosely takes his literary tours of Paris as a subject, structuring the book around his new endeavour to create an ‘after dark’ itinerary based around each of the five senses. In doing so, the reader is taken on a beguiling jaunt through Paris’s night-time haunts, including the jazz clubs of the Left Bank, Montmartre’s cabaret scene and the infamous former opium dens of the Bois de Boulogne.

Written with heart and humour, this hugely engrossing book intersperses familial anecdotes with myths and legends regarding the eccentric characters who have populated the City of Light over the decades. Via quirky digressions and detours down Parisian backstreets, the city’s most sensuous and animated locations are brought to sparkling life. It’s a feast for the senses, just as the author promised. Few tourist guides really provide much information about what to do in Paris after dark – beyond recommending a few restaurants – but in Baxter’s charming company we can now embrace the nocturnal world of this magical city.

Five Nights in Paris: After Dark in the City of Light. John Baxter. Published by Harper Perennial. €14.99

All books available at the France Today bookstore