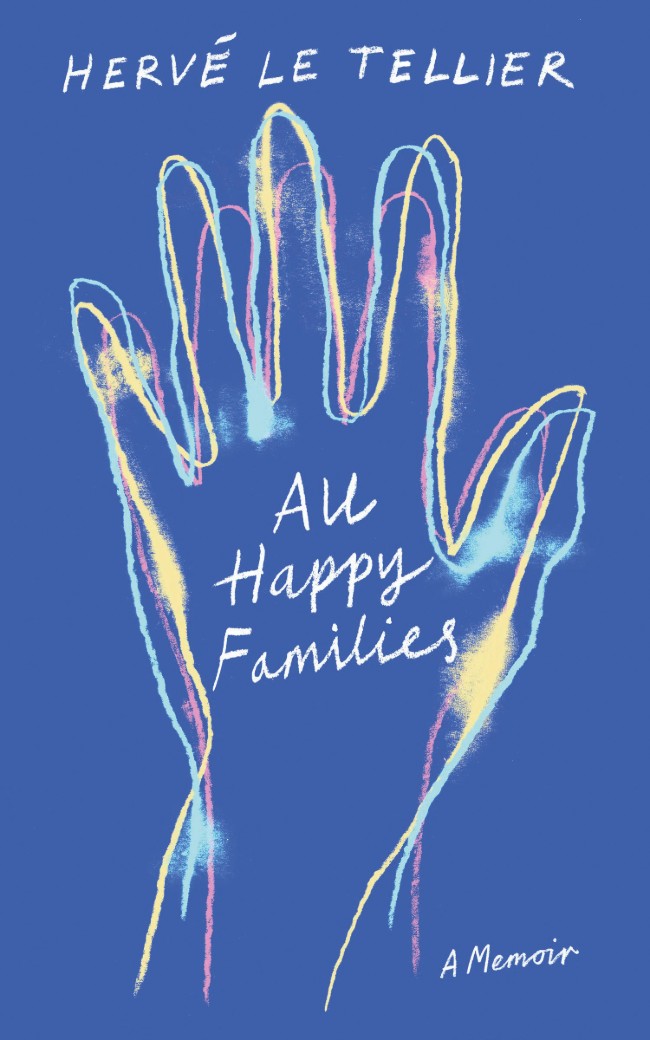 “So, apparently it’s scandalous not to love your parents,” begins Hervé LeTellier’s All Happy Families. The message is crystal clear: his memoir is no tear-jerking pity party. He wasn’t “deprived, beaten, or abuse[d]”. Yet one of his earliest memories is an unspoken urge to escape.

Having reached the distance necessary to unpick his family history – and with most of his relatives dead or adrift in the meanders of late-stage Alzheimer’s – at 60, he finally dredges up a deeply-buried past and lifetime of loss and missed connections; from his (reluctant) tug-of-war with a simultaneously aloof and noxiously invasive mother and non-existent relationship with the father who abandoned him to his cordial cohabitation with a checked-out stepfather.

Never maudlin, nor bitter, he relays each absurd run-in and punishing memory with near-anthropological objectivity, as though describing a foreign tribe. A harrowing (paradoxically because of Le Tellier’s stubborn detachment) and searingly honest reflection on family dysfunction.